The Benefits of Eating Mushrooms

Mushrooms aren’t exactly the most popular vegetable around. Actually, they’re not a vegetable at all. They’re classified as fungi and behind their acquired, earthy taste lies a host of health and wellness benefits.

If mushrooms aren’t really your thing, you might want to reconsider because they’re packed with vitamins and minerals that will improve your overall health.

Although mushrooms are commonly thought of as a vegetable, they are fundamentally different from plants. While plants contain chlorophyll and create their own food from sunlight, mushrooms feed on decaying matter. Plus, they contain chitin, a polysaccharide derivative of glucose that is also found in crustacean and insect exoskeletons. Mushrooms also have the ability to be aware of and adapt to their environment, making them almost more animal than plant.

Mushrooms propagate by releasing billions of spores with great force in order to spread them throughout their environment. A single mushroom can produce millions — even billions — of spores in one day that are invisible to the naked eye. When the spores are released, they bond with substances such as wood, straw, or animal excrement. This blend of spores and nutrients is called spawn, which supports the growth of small, thread-like roots known as mycelium. Once the mycelium detects an environmental change such as a drop in temperature or an increase in humidity, the mycelium will produce mushrooms.

Mushrooms have been part of the global human diet for centuries. There are approximately 2000 varieties that are edible to humans.

Other common types of mushrooms include:

While most of these types of mushrooms are cultivated, Morchella esculenta (morels) and Cantharellus cibarius (chanterelles) are typically grown and gathered in the wild.

The Nutritional Value of Mushrooms

Mushrooms may be small, but they pack a big nutritional punch.

Not only are they low in calories and completely cholesterol-free, but they also contain more than a dozen vitamins and minerals. These vitamins and minerals contribute to a healthy, functioning body. They also contain a moderate amount of fiber and high amounts of antioxidants. Antioxidants, in particular, are thought to reduce inflammation and prevent cellular damage.

According to the U.S. Department of Agriculture, consumption of mushrooms is lower compared to most fruits or vegetables. Despite that, they have seen an increase in popularity over the last few decades. In 1978, Americans typically consumed an average of 2.7 pounds of mushrooms per capita each year. By 2014, that consumption rate increased to almost four pounds. Perhaps this is because more and more people are recognizing all the health benefits that mushrooms have to offer.

Why You Should Eat Mushrooms

Here are just a few reasons why you may want to consider upping your intake of these delicious little fungi.

As we age, we should all be making an effort to improve our cardiovascular health. Especially since heart disease is linked to 25 percent of all fatalities in the United States.

Adding more mushrooms to your diet can be a great way to improve your cardiovascular health. Aside from being low in calories and high in water — which can aid in weight loss — they contain plenty of heart-healthy antioxidants, B vitamins, and potassium.

They Could Help Your Brain

Experts have noticed that neurodegenerative diseases like Alzheimer’s and dementia are on the rise. To combat these diseases, scientists are looking into new treatments in the hopes to find a cure.

Research has shown that mushrooms and their extracts could be useful in improving brain health. One study of elderly people in Japan found that senior citizens who consumed mushrooms on a daily basis had a significantly lower risk of developing dementia. Some studies on rats have also drawn similar links between mushrooms and improved brain health. Particularly with the use of Lion’s Mane mushroom extract.

While further study on humans is needed, the evidence is certainly pointing towards mushrooms being a good choice for better brain health.

They Can Boost Your Immune System

Our immune system is our body’s line of defense against the billions of disease-causing bacteria that want to make us unwell. If you’re constantly getting sick or have been diagnosed with a serious illness that has affected your body’s immune system, it may be in your best interest to jump-start your system with superfoods like mushrooms.

Out of all of the foods found in the produce section, mushrooms contain the most selenium, an antioxidant that has been linked to better immune response. They are also high in ergothioneine, another antioxidant that improves the immune system by protecting immune cells from damage. Oyster, shiitake, maitake, and porcini mushrooms have the highest concentrations of ergothioneine so be sure to add some to your diet if your system needs a little help.

They Can Improve Your Gut… and Your Mood?

You may have heard the term “gut health” being thrown around more and more lately. It’s even projected to be the next big health movement. Research has shown that there is an undeniable link between the bacteria in your gut and your mental wellbeing.

While there is still further studying to be done, there’s no denying that probiotic foods containing healthy bacteria are good for you. Well, mushrooms just happen to fall into that category. Mushroom stems, in particular, have been found to have probiotic properties that can help to nourish your gut bacteria. In fact, good digestion may even lower the risk of obesity and anxiety and depression.

While some of the links between mushrooms and potential health benefits still require more research, one of their benefits that have been well studied is their cancer-fighting properties.

Aside from being high in antioxidants — which are well known for reducing inflammation that is linked to cancer — mushrooms are high in lectins. Lectins are a type of protein that can bind cancer cells and encourage your immune system to destroy them.

Mushrooms also inhibit aromatase. This is an enzyme that produces estrogen, which is often linked to hormonal cancers. In fact, several studies have found that women who ingest mushrooms daily were less likely to be diagnosed with breast cancer.

White button mushrooms, oyster, Portobello, shiitake, and cremini mushrooms all contain anticancer compounds. As such, they would make great additions to your daily diet.

They Are Good for the Earth

One of the best things about mushrooms is that they are good for the environment. Mushrooms are easily grown using few resources. This makes them a highly sustainable food source.

According to mycologists, mushrooms assist in producing rich soil for agriculture. Plus, they can even be used to clean polluted soil and break down chemicals. Some scientists even believe that mushrooms could be turned into bioethanol and used as a sustainable fuel source.

No matter which way you slice them, mushrooms are an ancient, sustainable superfood that could potentially improve your health and maybe even the health of our planet. By incorporating more of these fun fungi into your diet, you can do yourself and the environment a bit of good. 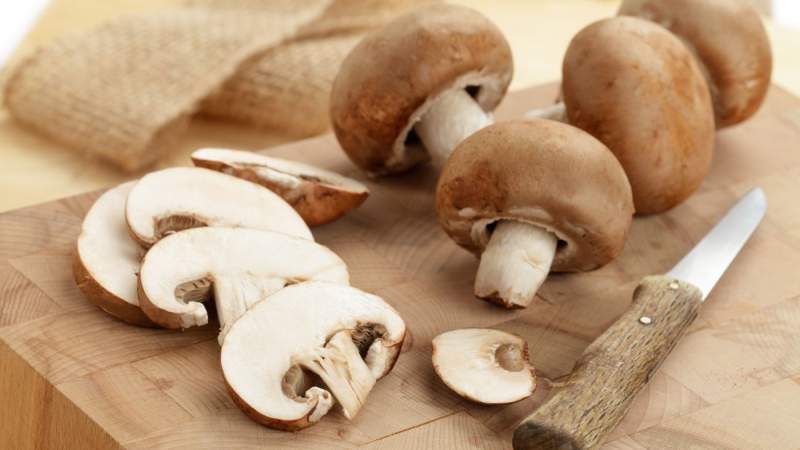