If you’ve ever been lucky enough to vacation along the shores of the Mediterranean Sea, you know that it’s one of the most incredible regions on Earth. In addition to the sunny skies and beautiful coastlines, the area is known for its delicious food. Food that has inspired a famous diet.

The Mediterranean diet has repeatedly been named one of the healthiest and most effective diets out there. In fact, it is thought to prevent cardiovascular disease, lower rates of Alzheimer’s disease and cancer, and lead to a longer life.

For those of us who wish to lead healthier lives, the Mediterranean diet is certainly a lifestyle change to consider.

What Is the Mediterranean Diet?

The Mediterranean diet is inspired by the cuisine of the Southern European countries that border the Northern coast of the Mediterranean Sea. This includes Spain, Greece, and Southern Italy.

A breakfast on the Mediterranean diet could include a vegetable frittata, whole grain toast, or some fruit and cheese. A meal might consist of a piece of grilled fish or roast chicken with a healthy grain, veggie and legume-laden salad, or some roasted vegetables. Nuts, cheese, yogurts, fresh or dried fruits, and vegetables provide plenty of snack options to keep you satiated between meals.

What Makes It Different?

What truly sets the Mediterranean diet apart is you don’t have to meticulously count calories, go hungry, or avoid indulgences altogether.

Restrictive diets can be difficult to stick to and leave you feeling unsatisfied. As such, this makes you more likely to break your diet and binge eat foods you shouldn’t.

Instead, the Mediterranean diet focuses on eating balanced meals comprised of real ingredients. By avoiding processed foods and sugars and filling up on healthy fats and vegetables, it’s not hard to create a calorie deficit without having to measure your food or track your calorie intake. Because fat takes longer for our bodies to digest, the Mediterranean diet will leave you feeling satiated for longer. This makes it a more practical way to change your eating habits for good.

Benefits of the Mediterranean Diet

Aside from being effective and easier to stick to than other diets, the Mediterranean diet is thought to offer several other benefits. These benefits make it a good option for anyone who wants to prevent disease and live a longer, healthier life.

Since heart disease is the leading cause of death in both men and women, it’s important to look after our cardiovascular health.

Following a Mediterranean diet will help you reduce your intake of cholesterol-raising processed foods, sodium, trans fats, and saturated fats. This is in favor of vegetables, fats, and fiber. All of which have been known to lower cholesterol levels.

By following the Mediterranean diet and eating more whole and healthy foods, you can improve your cardiovascular health and continue to maintain it as you age.

Whether Alzheimer’s disease or dementia runs in your family or not, it’s never too early to start thinking about your brain health. Our brains lose volume as we age, which causes a decline in our cognitive health.

The older we get, the less dense our bones become. In particular, women are susceptible to osteoporosis in their later years. This can lead to weakness, broken bones, and chronic pain.

A study was conducted on older males who were put on a Mediterranean Diet. After two years, the results showed that participants who ate a Mediterranean diet — specifically the one that was rich in olive oil — had higher levels of osteocalcin and other markers of good bone health. The fact that osteoporosis is less common in Mediterranean countries supports this theory that a diet rich in olive oil could help to slow bone deterioration as we get older.

They say, “you are what you eat”. Perhaps it should be “you feel what you eat” since there’s no denying that there’s a strong link between our diet and our moods. In fact, processed meats, sugar, and alcohol are known to cause inflammation. This inflammation has been linked to mood issues and mental disorders.

Studies have shown that issues like depression and anxiety can be improved and even prevented by getting enough of the right nutrients. One specific study found that adhering to a balanced Mediterranean diet high in vegetables, oils, and other nutrient-rich foods led a 33 percent lower risk of developing depression.

Eating a Mediterranean diet that’s rich in anti-inflammatory foods and antioxidants is thought to protect against cancer. Particularly, colon and breast cancer.

Parkinson’s Disease is the second most common neurodegenerative disorder behind Alzheimer’s. In fact, it affects up to one million Americans and between seven and 10 million people worldwide.

While Parkinson’s disease is not fatal, it can cause:

Obesity and an unhealthy diet are habits that can lead to Type 2 Diabetes. In fact, it’s estimated that around 30.3 million Americans are living with diabetes while another 84.1 million are on their way to developing the disease.

The Mediterranean diet is widely recommended to help manage diabetes. It can even prevent the disease among prediabetics. This is because it improves the three main factors that affect diabetes: cholesterol, blood pressure and glucose levels. 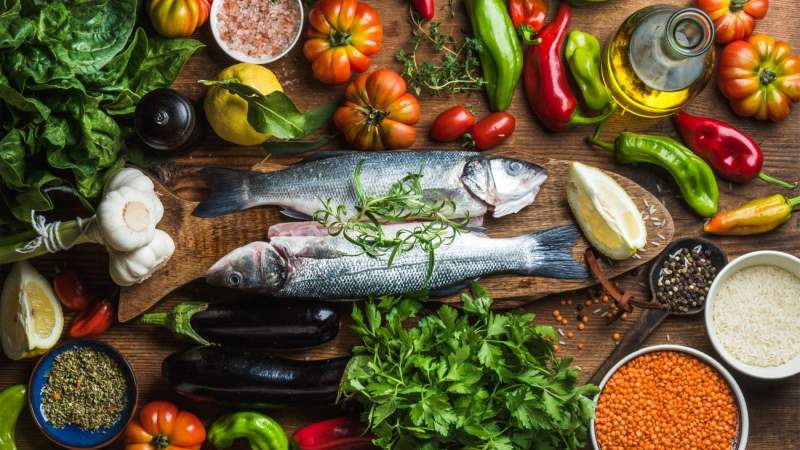