If you’re one of the 16 million Americans living with chronic obstructive pulmonary disease (COPD), you know how difficult it is to cope with the disease day-to-day. COPD is a progressive and incurable disease that affects the lungs, making it difficult to breathe.

It’s no surprise that smoking and genetics play a huge role in increasing the risk of COPD. However, what most people don’t know is that your environment can increase your risk of COPD. In fact, it can worsen the symptoms of those living with the disease.

Below are 10 of the worst cities to live in if you have COPD, based on the American Lung Association’s State of the Air 2018 report.

The Los Angeles-Long Beach metropolitan area has ranked as the nation’s worst city for ozone pollution. As such, living in this city can greatly increase your risk of COPD or intensify the symptoms if you are already living with the disease.

According to the State of the Air 2018, the average number of high ozone days dramatically increased in Long Beach from 2017 to 2018.

Living by the beach may be a dream for some. Unfortunately, the fuel from the trains, cars, trucks, boats, and highways have caused a great amount of air pollution in Los Angeles-Long Beach. This air pollution has made the area an unpleasant place to live — especially for those living with COPD.

According to the Guardian, a clear day in Bakersfield, California is a very rare occasion.

This shouldn’t be a surprise as Bakersfield is one of the United States’ leading agricultural areas. As such, the emissions from agriculture, rail freight, and road traffic have all contributed to the high levels of air pollution.

According to a report by the U.S. PIRG Education Fund, Frontier Group, and Environment America Research and Policy Center, emissions and extremely high temperatures are the main causes of the pollution. In fact, the high temperatures during the Southern Nevada summers have increased the amount of smog in the area.

If you’re living with COPD, smog can make it difficult to go about your everyday activities.

According to the American Lung Association, air quality in Houston-The Woodlands metropolitan area is very poor. In fact, it ranks ninth for ozone pollution and 17th for annual particle pollution. The poor air quality is a huge concern for residents living with COPD.

In 2017, the government of Texas received a $209 million settlement from Volkswagen to offset air pollution caused by the German automaker’s cars. Despite yet another bad ranking, the state government plans to use the money to improve the air quality across Texas.

If you’re planning a move anytime soon, you may want to avoid Sacramento and Roseville, California. Unfortunately, the Sacramento-Roseville metropolitan area received an “F” in air quality.

According to the City of Roseville’s website, high traffic, agricultural equipment, and construction equipment have contributed to approximately 70 percent of the air pollution problem. The city hopes to fight air pollution by encouraging the use of public transportation and carpooling.

The air quality in the metropolitan area of Denver-Aurora has been ranked as one of the worst in the nation. Residents are among the more than 40 percent of Americans living in areas with unhealthy air.

Though many things are to blame for the poor air quality, the Denver Arapahoe Disposal Site isn’t helping. The disposal site is one of the state’s largest emitters of methane gas.

Another metropolitan area that ranks high in air pollution is San Diego-Chula Vista-Carlsbad, California. In fact, it ranks sixth among the most ozone polluted cities in the U.S.

In terms of how this affects residents — especially residents living with COPD — ozone is the main reason for smog in the air. Smog is often created when pollutants from traffic, factories, and farms react to sunlight. A high level of smog in the air is known to cause inflammation, shortness of breath, coughing, and asthma attacks.

Yet another metropolitan area that the American Lung Association ranks among the top 10 worst places for air pollution is Salt Lake City-Provo-Orem, Utah. It ranks eighth for short-term air pollution.

Actually, ozone pollution in Maricopa County declined. Despite that positive, the metropolitan area of Phoenix-Mesa, Arizona still received an “F” grade from the American Lung Association.

Another city that has a serious issue with air pollution is New York City.

When it comes to particle-pollution, New York has actually moved from 32nd position in 2016 to 22nd  position in 2017. Despite the slight improvement, this is not great news for the more than 23.7 million people who are breathing polluted air.

Although there is no cure for COPD, there are many things that you can do to improve your quality of life. Even if you are living in a highly polluted area.

Some ways to manage your COPD include: 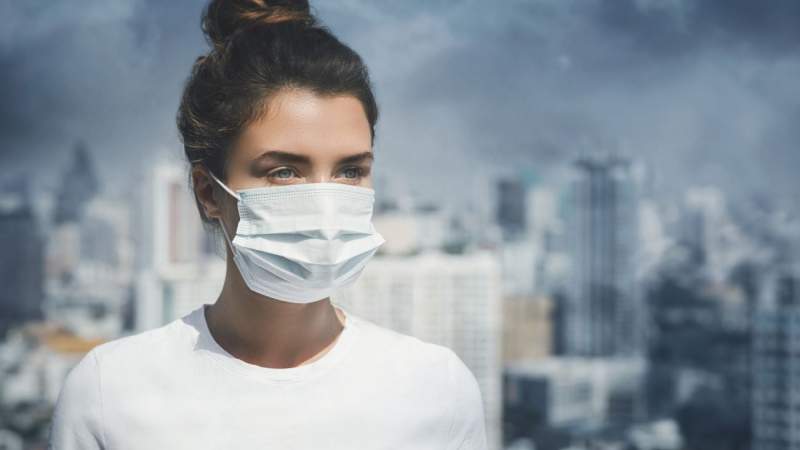