Every year the American Lung Association releases the State of the Air report. This report examines air pollution data and ranks cities all over the U.S. according to how clean the air is. The cities that tend to score the highest are the ones far away from big metropolitan centers.

The report is a great source of information for chronic obstructive pulmonary disease (COPD) sufferers. The disease is characterized by chronic lung inflammation which leads to an obstructed airflow. The obstruction causes shortness of breath, coughing, and chest tightness, among other symptoms.

Many of the triggers involve outdoor air pollution. As such, if someone wants to increase their lung health, it makes sense to move to cities with the cleanest air.

With a population of just over 98,000, Cheyenne has the cleanest air when it comes to Annual Particle Pollution measurements.

It’s no surprise since the city is famous for its cowboy lifestyle which makes the most of the vast outdoor spaces on its doorstep. In fact, Cheyenne is known for having the largest outdoor rodeo in the world.

While Hawaii is famous for being one of the best surf spots in the world, it’s often associated with a relaxing and healthy lifestyle.

Despite being the largest city in the Pacific Ocean, it ranks in the top 10 cities with the cleanest air. This is due to the Trade Winds coming from the northwest. These winds clear any smog that arises from its urban center.

One might consider steering away from a city nicknamed the “Oil City.” But, if you dig deeper you’ll see Casper is not drowning in oil and pollution.

Within a short drive from the city center, you can enjoy blue-ribbon trout fishing at the Miracle Mile, incredible views from the top of Casper Mountain, and the beautiful Garden Creek Falls at Rotary Park.

Located in the middle of the Great Plains, Bismarck is close to exciting outdoor activities like hiking, golfing, and mountain biking. Add to that the adjacent Missouri River and you can go fishing, kayaking, and even jet skiing.

Located in the Maui Island, the Metropolitan Statistical Area that comprises Kahului, Wailuku, Lahaina is covered with several inactive or dormant volcanoes.

Much like Honolulu, the area ranks high in air cleanliness. However, that could all change if one of the volcanoes started erupting hot ash over the cities. Let’s hope it never happens.

Both Pueblo and Cañon are a part of the Front Range Urban Corridor, an area on the eastern face of the Southern Rocky Mountains. They’re also part of the so-called “banana belt.” As such, these cities enjoy an average of 300 sunny days a year and higher temperatures than its neighboring cities.

Don’t confuse the city of New York, a large urban area full of fume-emitting cars and never-ending construction sites, with the State of New York, a vast area that includes natural wonders like Niagara Falls.

Among the cities of New York State, Elmira and Corning are ranked super high in air cleanliness. So, make sure to enjoy all that clean air with a “soaring flight” over Elmira or a hot air balloon ride in Corning.

Part of the Brevard County, the Metropolitan Statistical Area of Palm Bay-Melbourne-Titusville covers an area of just over 4,000 square kilometers. 38 percent of that being water.

While there are plenty of beaches along the coast, there are around 650 square kilometers of federally protected wildlife refuges. These wildlife refuges are ideal for those who like to enjoy untouched nature.

Located near the Huachuca Mountains, both cities enjoy vast areas of natural reserves. They are also prime spots for amateur astronomers due to the clear night sky.

Sierra Vista is known as the “Hummingbird Capital of the United States”. As such, many visitors go to Ramsey Canyon Preserve to photograph hundreds of different bird species. Near Douglas, citizens can visit San Bernardino National Wildlife Refuge for incredible hiking and wildlife watching.

Wenatchee is sometimes nicknamed as the “Apple Capital of the World”. This is due to the several orchards dotting the valleys that surround the city. In fact, you can actually go on a 22-mile long Apple loop trail to explore them.

While all these cities have amazing pure air, it’s worth noting that air quality is only one of the factors that affect COPD. Other triggers include:

So, if you move to a new city, please ensure you manage all triggers to properly improve your quality of life. 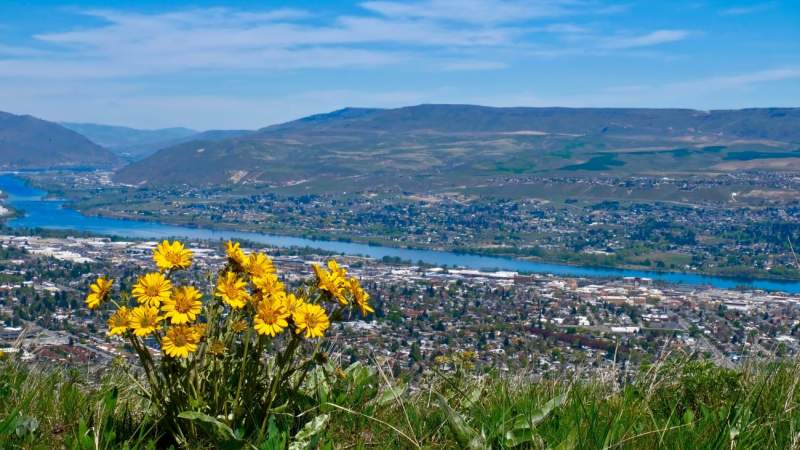