Every Body: A Concise Guide to Narcolepsy

Narcolepsy is perhaps one of the most misunderstood conditions out there, and for many their first point of reference is a cartoonish depiction of someone who sleeps all day or who falls asleep mid-sentence while hilarity ensues. But in reality, it can be a serious condition that can greatly affect one’s independence, abilities, and overall quality of life and is thought to affect more than 200,000 people in the United States and three million people worldwide.

Here is everything you need to know about the sleep condition known as narcolepsy and how it can be treated.

Narcolepsy is a chronic neurological disorder that is thought to affect one in every 2,000 people, but many of those cases often go undiagnosed. Narcolepsy affects the part of your brain that controls sleeping and wakefulness and can affect people differently depending on the severity of the disorder.

People suffering from a mild form of narcolepsy may experience daytime sleepiness, poor nighttime sleep, and may tend to fall asleep during relaxing activities. Those who suffer from more extreme forms of narcolepsy are at risk of falling asleep or experiencing sudden muscle paralysis while carrying out even non-relaxing activities which can affect their overall quality of life. Not only does it pose a threat to their physical safety, but also their mental well-being, their relationships, their memory and attention spans, and their ability to provide for themselves and live independently.

Narcolepsy can develop at any age, but it commonly starts in the second to third decade of a person’s life between the ages of 10-30. Narcolepsy is equally common in both women and men but can be more common among people of certain ethnicities. 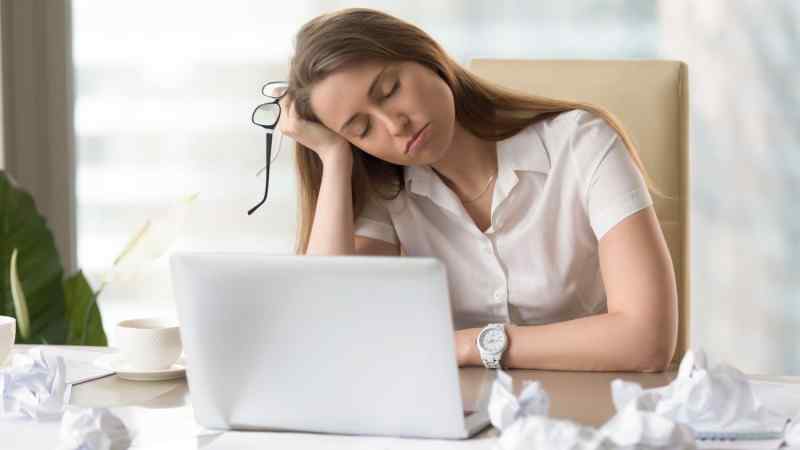 One of the first indicators of narcolepsy is excessive daytime sleepiness (EDS), in which a person experiences an overwhelming sense of tiredness during the day. This can make it difficult to carry out activities like studying, working, driving, and anything else that requires alertness or attention.

For some, EDS can be connected to their emotions, and many find they tend to experience it during emotionally charged periods of sadness, happiness, anger, or frustration. Those suffering from EDS often report experiencing mental fogs, memory lapses, and depressive moods. While EDS is the main symptom of narcolepsy, it can also be caused by poor sleep habits, sleep apnea, or medications and is often experienced by shift workers.

Another common symptom of narcolepsy is cataplexy, or the sudden loss of reflexes and muscle control. Cataplexy can cause sufferers’ knees to buckle and their body go limp, and like EDS, it can be triggered by emotional responses such as laughing or crying. While people suffering from mild cataplexy often have enough warning to sit down or support themselves before losing control of their muscles, people with more extreme forms of cataplexy can experience it very suddenly and are apt to harm or injure themselves while falling. Some people suffering from extreme cataplexy choose to wear head protection to prevent head injuries should they experience a sudden loss of muscle control.

Narcoleptics can also experience uncontrolled microsleep, in which they fall asleep suddenly during almost any activity. Microsleeps can range from just a few minutes to several hours, and some patients will even continue with their activities while asleep but have no recollection of that time upon waking.

Another common characteristic in narcoleptics is their ability to fall into a rapid eye movement sleep cycle (REM) almost immediately, which normally takes a typical sleeper around 90 minutes to reach. Due to their ability to enter rapidly into REM sleep, some narcoleptics experience sleep paralysis, a frightening symptom in which your mind is awake while your body remains paralyzed while falling asleep or waking up. Sleep paralysis is oftentimes accompanied by frightening and lifelike audio and visual hallucinations, making it a particularly disturbing symptom that can greatly affect your mental wellbeing. 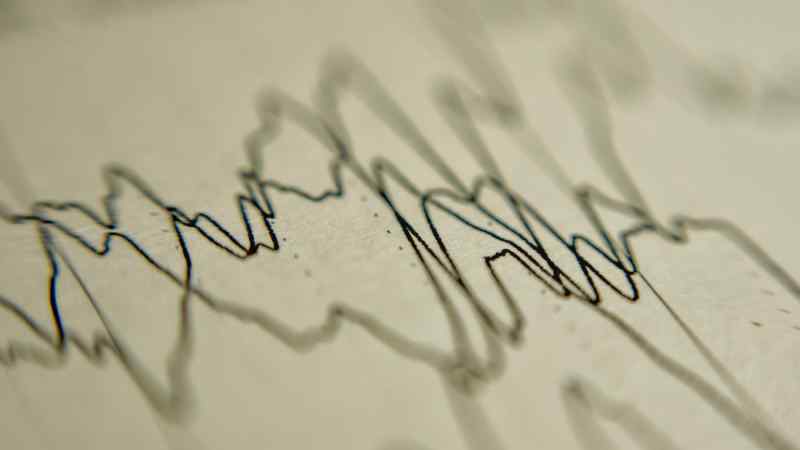 How is it diagnosed?

Sleep deprivation is a common ailment, and it’s estimated that around 20 percent of Americans suffer from excessive daytime sleepiness whether it’s caused by narcolepsy or not. As a result of this, only 25 percent of all patients suffering from narcolepsy get a diagnosis, and on average it takes around seven years after the onset of symptoms for the condition to be identified.

The first step toward being diagnosed with narcolepsy is a physical exam and a discussion of one’s medical history and sleeping habits with a doctor. Patients may be asked to take an Epworth Sleepiness Scale test, which consists of a number of questions regarding their sleep habits and the activities that can trigger sleep episodes. While it’s common to fall asleep during quiet activities such as watching TV or reading, it’s less common to experience sleepiness while talking or operating a vehicle and their answers to this test may indicate a sleep disorder like narcolepsy.

Patients will likely also be asked to participate in an overnight sleep study, in which sleep experts conduct a nocturnal polysomnogram to measure muscle movement and electrical activity in the patient’s brain and heart while they’re asleep. A multiple sleep latency test (MSLT) may also be conducted during the day in order to measure how quickly a patient falls asleep in a quiet environment during daytime hours. Finally, a spinal fluid analysis may also be conducted to test hypocretin levels, as low levels could indicate that someone is suffering from narcolepsy.

The cause of narcolepsy is still being researched and is largely unknown, however one indicator is a lack of a hypocretin, a neurotransmitter that controls sleep and wakefulness. Although scientists aren’t exactly sure what causes low levels of hypocretin, it’s believed to be an autoimmune issue, meaning that the body abnormally attacks and destroys hypocretin-containing brain cells.

Another possible cause is thought to be a genetic defect that inhibits the production of hypocretin, thus resulting in atypical sleep patterns. Research into the cause of narcolepsy is on-going, however recent studies suggest an unusual link to streptococcus infections. Many sufferers have reported that the onset of their narcolepsy occurred in the spring or summer following an upper airway infection in the winter. Research is being conducted to investigate the link between narcolepsy and streptococcus infections like strep throat, sinusitis and pneumonia. 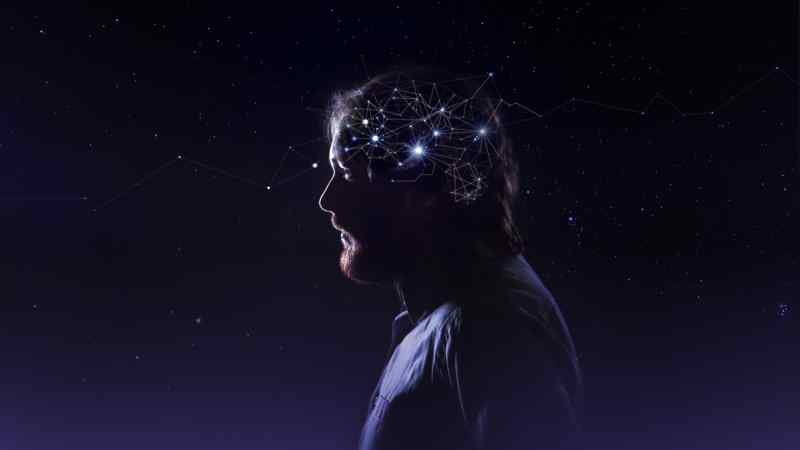 Although there is no cure for narcolepsy, there are several effective treatments that depending on the severity of the symptoms can greatly reduce the impact the disorder has on a patient’s life. Often, a treatment plan consists of a combination of medication, lifestyle changes, and therapies.

Medications that are frequently prescribed in order to treat narcolepsy and its symptoms include stimulants like Ritalin, Adderall, or Dexedrine to combat sleepiness, attention, and focus issues. Cataplexy and excessive daytime sleepiness can be treated with drugs like Xyrem, Provigil, and Nuvigil. Antidepressants like Zoloft or Prozac that are known to inhibit REM sleep may also be prescribed, particularly for patients who experience hallucinations and sleep paralysis.

One of the first things a patient can do to combat narcolepsy is make several changes to their lifestyle to regulate their sleep and better combat their symptoms. It’s recommended that people suffering from narcolepsy aim to schedule naps and nighttime sleep and try to get the same number of hours every night whenever possible. It’s also important to avoid substances like caffeine, alcohol, and nicotine, all of which have been known to disrupt sleep patterns, and refrain from looking at their phones or TV screens before bed. Finally, it’s advised that narcoleptics eat a healthy diet and keep up with a regular exercise regime in order to help get them back on a normal sleeping schedule.

For those who suffer from narcolepsy with cataplexy, it’s recommended that they avoid activities that could potentially be dangerous should they fall asleep such as driving, climbing things, or operating machinery. It can be a good idea to wear a medic alert bracelet and to keep the people around you informed of your condition and what they should do for you should you experience a narcoleptic episode in their presence.

Alternative therapies are also often prescribed as treatment for narcolepsy. Light therapy, which involves sitting in front of a daylight lamp for 10 to 30 minutes every day and is intended to treat Seasonal Affective Disorder, is often recommended to help promote wakefulness during the day. Since narcolepsy can be triggered by stress and emotions, many narcoleptics find that relaxation therapies like yoga, meditation, acupuncture, massage, and other alternative treatments can help them better handle their disorder.

So, if any of these symptoms sound familiar to you, consider talking to your doctor about the possibility of a narcolepsy diagnosis. The sooner you find the cause of your problems, the closer you’ll be to a good night’s sleep. 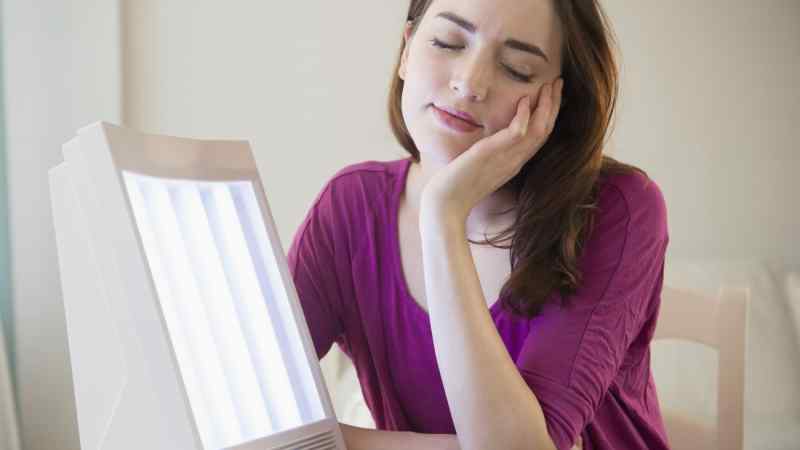