There are certain foods you love to eat that can leave you feeling bloated, crampy, gassy, and sick. Temptation and cravings seem to always win over the idea of a potentially upset tummy. However, did you know that there are also foods out there that can (literally) kill you?

Beware of some items that lurk down the aisles of your favorite grocery store and produce areas, as they can be hazardous to your well-being.

One of the most popular toppings on any pizza are mushrooms and the delectable fungi is also often placed within pasta, on hamburgers, and even eaten raw with ranch dip. Still, there are about 70 to 80 types of mushrooms out there in the world that are poisonous, with a handful that can be fatal when eaten. 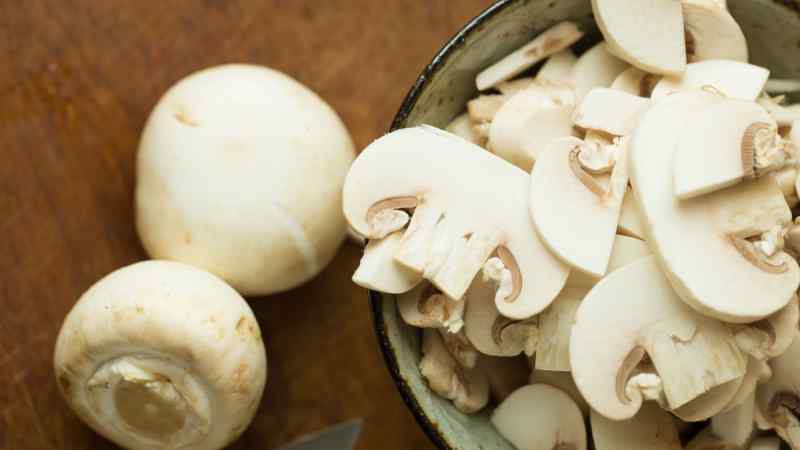 While we all may question the actual contents within a hot dog, the real danger lies in how it is eaten, versus what is contains. Hot dogs are the leading cause of choking deaths among kids these days and it’s important to not only watch your children as they eat a hot dog, but potentially cut it up in small pieces to avoid a terrible situation. 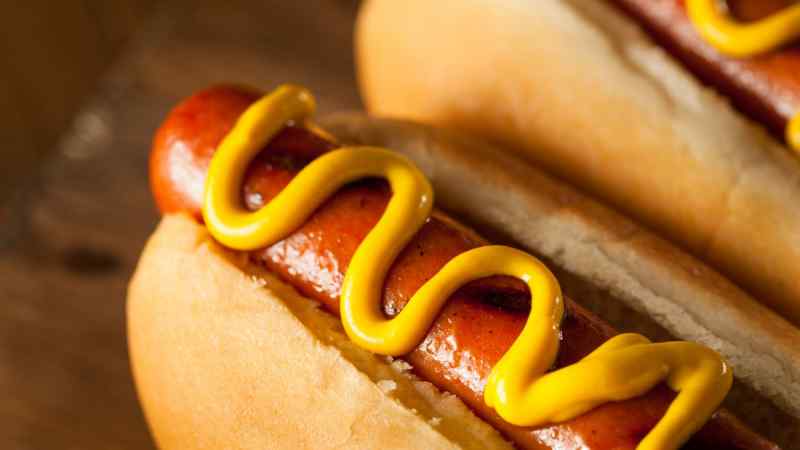 Speaking of kids, there is a huge movement these days within schools and children’s extracurricular activities when it comes to a peanut-free environment.

While parents of kids who aren’t allergic to peanuts might grumble about not being allowed to make their child a peanut butter sandwich to take with them for lunch, other parents who have kids who are allergic breath of sigh of relief. This is because peanut allergies are very common these days and the most dangerous allergic response to peanuts is anaphylaxis. This can make a child or adult to lose consciousness, be placed in shock, or constrict their airways. If left untreated, the end result can be death. 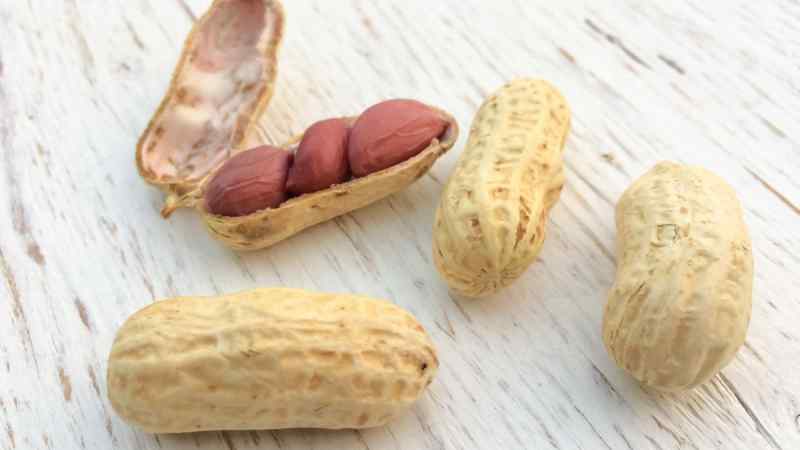 On the topic of allergies, shellfish are another type of food that people are commonly allergic to. Lobster, shrimp, and crab are some popular shellfish variations and if someone has a severe enough allergic reaction, their breathing could be inhibited causing subsequent death. 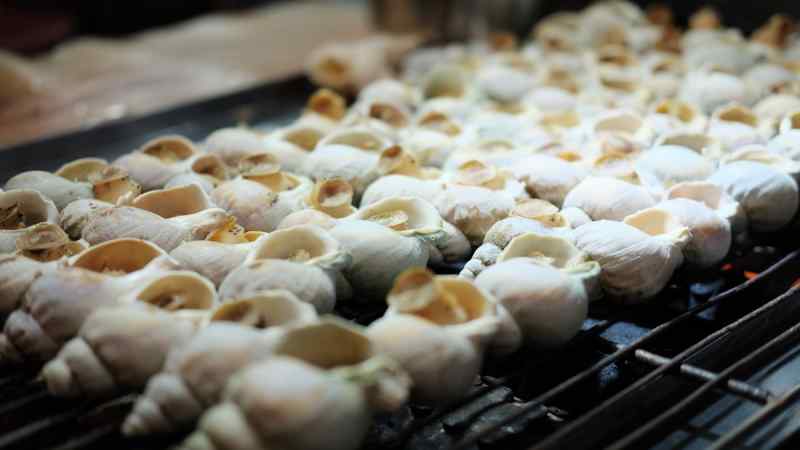 Is it a fruit or vegetable? Well, we all know by now that while tomatoes seem like it should be placed under the veggie variety because of its lack of sweetness, it is actually considered a fruit, thanks to the seeds it has.

Still, it’s also a food that can kill you. It contains a poison known as glycoalkaloid within its stem and leaves. This doesn’t mean you should stop adding tomatoes to your salads or side dishes, but it does mean that you should ensure its leaves and stems are removed before consuming. 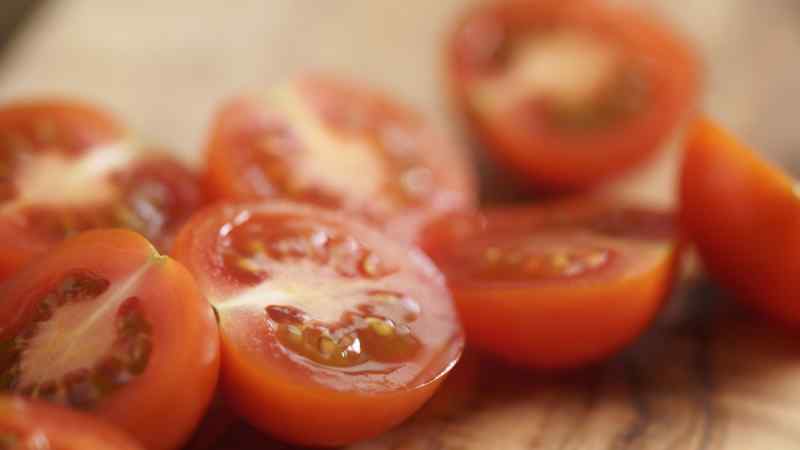 There are many great uses for castor oil. It can boost your immune function, help with constipation, and is known to induce labor for those poor women struggling at the very end of their pregnancy.

Despite all the incredible things it does, it can also be deadly. The oil that stems from the castor bean plant also happens to have ricin within it, which is a deadly poison. When using castor oil, ensure those who manufactured the product have adhered to all safety regulations. 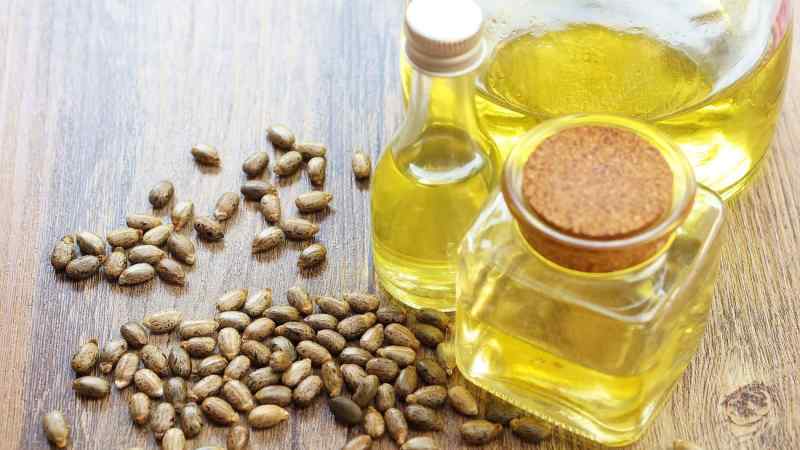 Who doesn’t love a good rhubarb pie (with ice cream) in the summertime?

Still, it’s important to note that while rhubarb is okay, its leaves are considered poisonous. Those who ingest rhubarb leaves can suffer from seizures, breathing issues, kidney failure, as well as death. 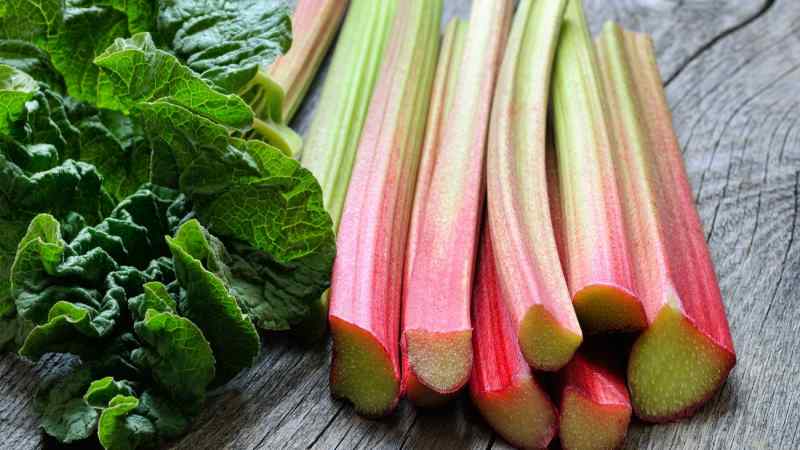 Peanuts have already been covered on this list, due to allergic reactions and another food item from the nut variety that can kill you is almonds.

In their raw form, an almond is considered highly dangerous, as they contain cyanide. It’s important to note that almonds are processed via a heat treatment when produced to remove these deadly toxins. 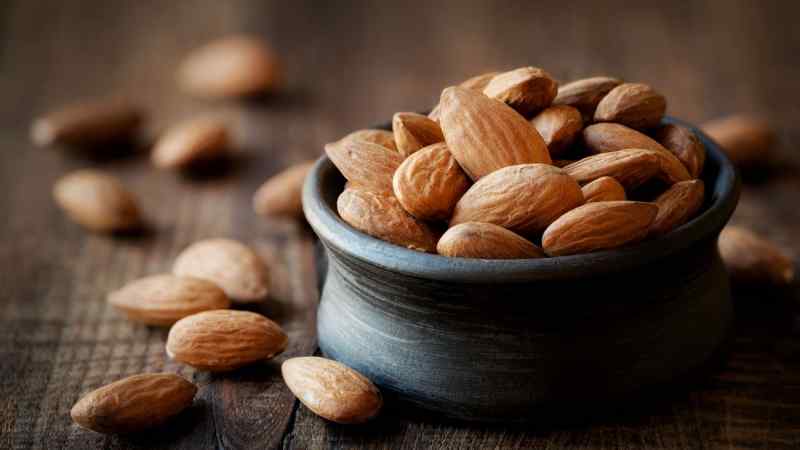 This food may be considered gross by some; however, in many countries live octopus is thought to be a delicacy. If you decide to give this a try one day, make sure to chew thoroughly or the result could be deadly. If not chewed enough their suction cups can get stuck in a person’s throat, causing fatal consequences. 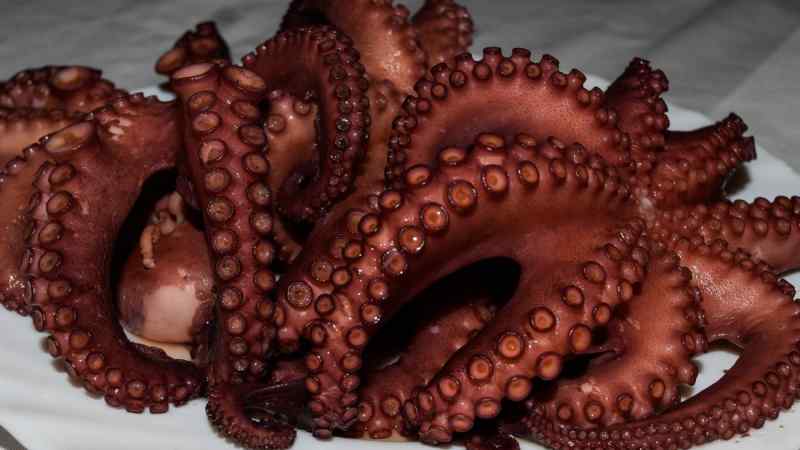 Speaking of exotic meals, another one that can cause you harm and even kill you is a puffer fish. The skin of a puffer, as well as specific organs, contain poisonous toxins within. The end result could cause an individual to suffer from paralysis or even death. 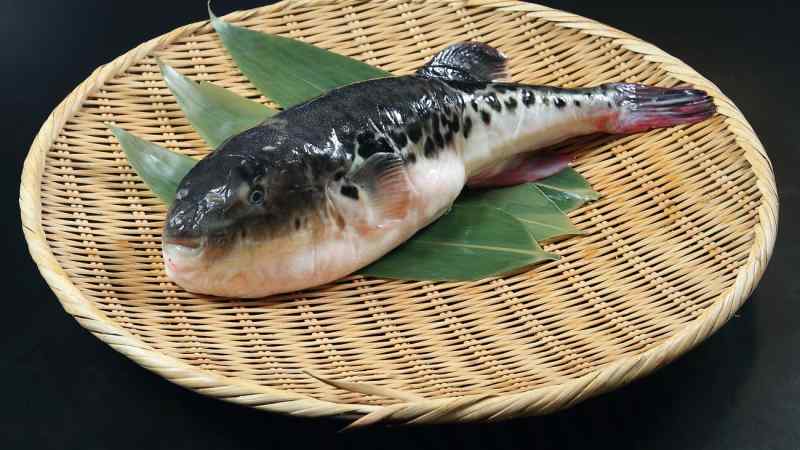 Whether you like them fried, boiled, baked, or mashed, potatoes are an extremely popular side dish across the globe. Still, this food does contain poison in its leaves and stems.

Interestingly enough though, most deaths that stem from potatoes rarely come from consuming its leaves. Rather, people tend to eat green potatoes and get sick from them, or they take in some potato leaf tea. 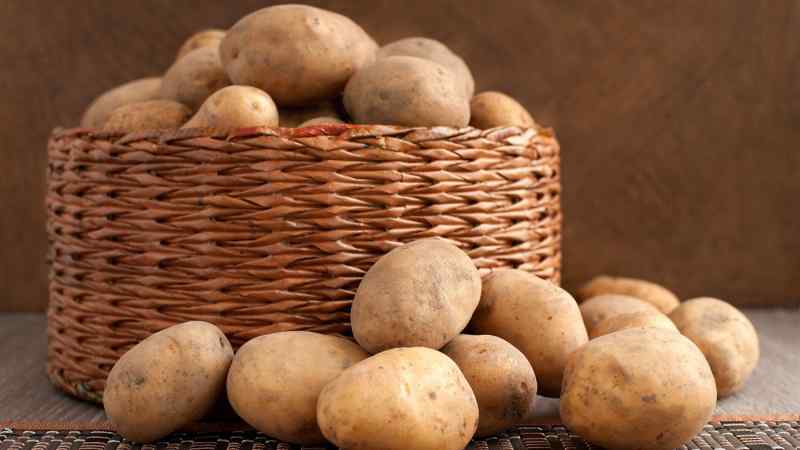 Cherries are a healthy snack, and there is nothing better than a basket full of the red fruit on a gorgeous summer day. However, when consuming them, beware of the cherry seed. This contains hydrogen cyanide and can be deadly for an individual. 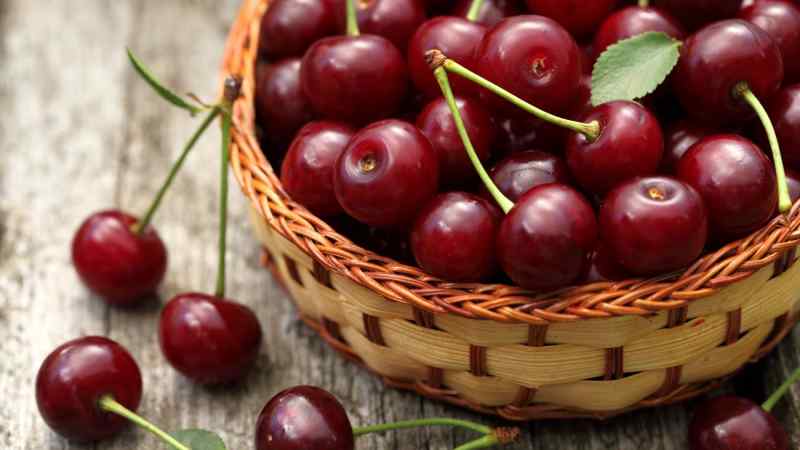 Speaking of cherries, seeds (as well as the leaves and bark) from stone fruits such as apples, pears, peaches, and cherries contain a compound that produces cyanide. When consumed in large quantities, individuals can experience vomiting, dizziness, kidney failure, increased blood pressure, and even death. These fruits can be very beneficial to your health, so just stay away from their seeds, bark, and leaves. 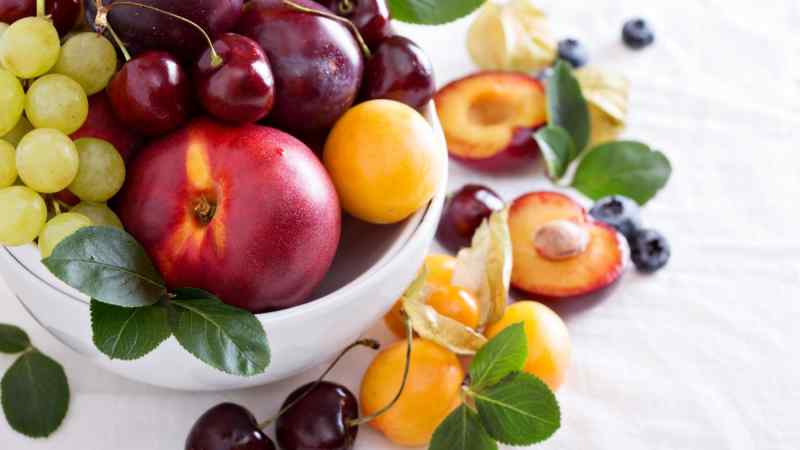 Some may not be too familiar with ackee, as it is only sold in the United States via canned versions and it is banned in raw form within the country. The fruit resembles a pear in shape and contains toxins within that if consumed, can cause death. 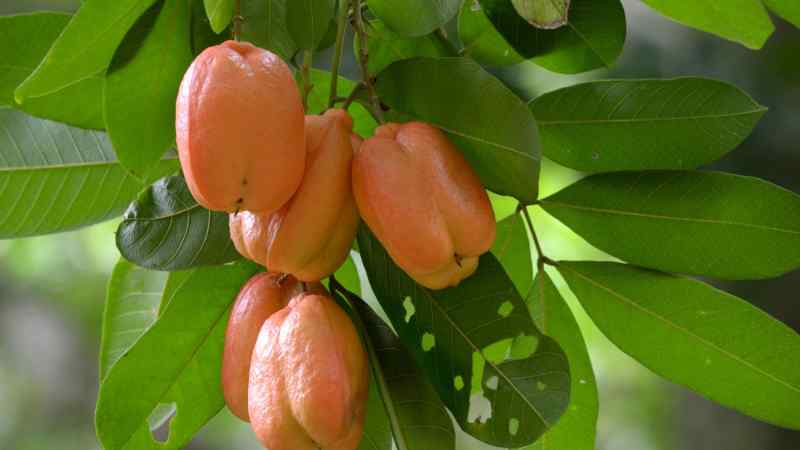 Elderberry is used in some liquors, medicine syrups, as well as sodas. While some may think that any type of berry sounds good (especially with yogurt or whipped cream), this one can be hazardous. The stems, seeds, and even root contain cyanide-inducing glycosides, which can cause individuals to become very sick and in some cases, they can kill. 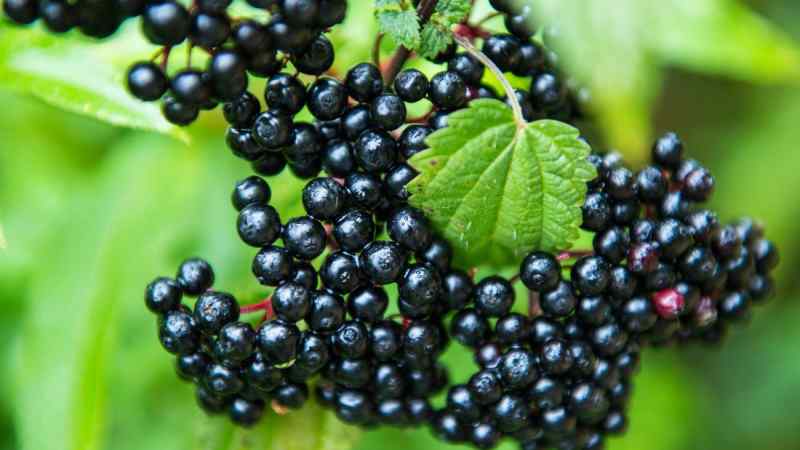