Food recalls are very common — especially in North America, where there are strict food and drug regulations. Sometimes, if a company simply forgets to add a label to their package, that might be a reason for a recall. A missing or incorrect label could literally mean the difference between life and death for individuals with food allergies. Other times, the issue may be serious for everyone. For example, contamination with harmful pathogens. Either way, when we become aware of a food recall, we tend to discard the product or return it for a refund.

Unfortunately, the recall is too late sometimes, or people may not be aware of a recall and they consume a recalled product. What is the impact of this? Well, each year, 48 million Americans become ill due to a food-borne pathogen and hundreds of thousands are hospitalized. Sadly, there are hundreds to thousands of deaths each year due to food-related illness. There are also financial repercussions for the company and sky-high medical bills for victims.

What are some of the biggest food recalls in recent history? Let’s have a closer look at some of them.

Peanut allergies are one of the most common food allergies in North America — and they are on the rise. When an individual with a peanut allergy consumes a product with peanuts in it (or even a product exposed to peanuts), it can cause itchiness, swelling, a drop-in blood pressure, and even cardiac arrest. Of course, this means that food companies are required to carefully label their products.

Sometimes, though, an error occurs. For example, in 2014, Adam’s Flavors, Food and Ingredients (a Texas company) announced that they were recalling spice products due to peanut-contaminated cumin from one of its suppliers. Following this, there was a snowball effect, with over 10 companies issuing recalls for peanut-contaminated cumin. The products recalled ranged from spices to seasoned meat products and even bread crumbs. 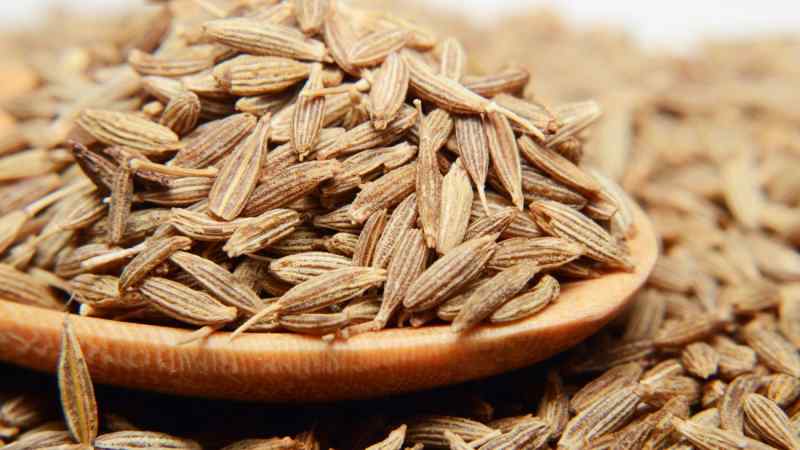 Nestlé is a well-known and trusted name in the food industry. So, this recall goes to show that even the big companies have issues sometimes. In 2009, Nestlé USA recalled 300,000 cases of cookie-dough due to an E. Coli risk. This included its popular chocolate chip batter. The recall came after 65 E. Coli-related illnesses were reported. E. Coli is one of the most popular reasons for pathogen-related food recalls. The symptoms of this bacterial infection include vomiting, diarrhea, and headaches. They usually appear within one to 10 days of infection and end within 10 days. But, in some cases, the infection can be life-threatening. 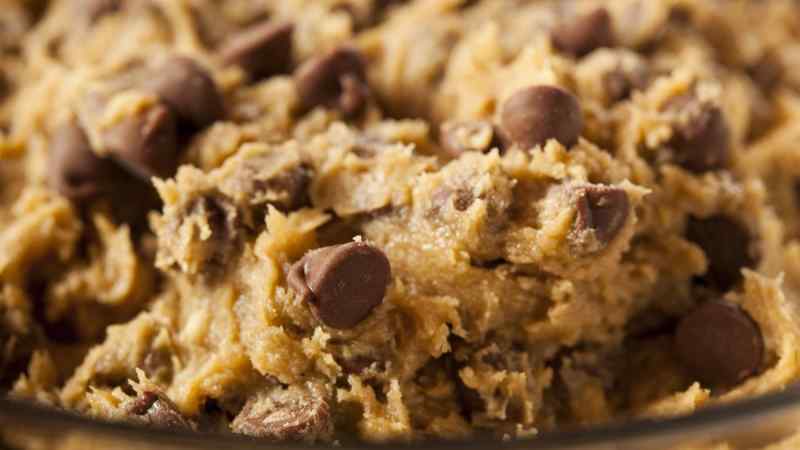 Kraft Foods is yet another food company giant who issued a massive recall in the U.S. In February 2007, Kraft recalled over 52,000 pounds of Oscar Mayer/Louis Rich Chicken Breast Strips because listeria was found in a package. That number already sounds pretty high, but the following month, they recalled 2.8 million pounds of chicken, as well as all its products that came from the contaminated plant.

Listeria symptoms (which include fever and diarrhea) typically start one to four weeks after eating food contaminated with listeria. Fortunately, no illnesses were reported regarding the Kraft recall. 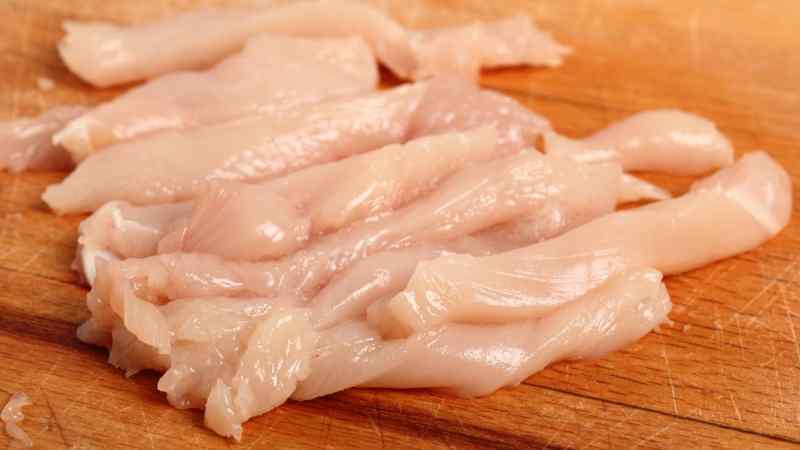 Eggs are one of the most popular breakfast foods. But, when undercooked, they can cause harm. That’s because raw eggs may contain salmonella bacteria, which can cause diarrhea, fever, and abdominal cramps. In 2010, Wright County Egg and Hillandale Farms (Iowa-based companies) both issued a recall of 550 million eggs after 1,500 cases of salmonella were reported. The contamination may have been caused by unsanitary farm conditions.

If you’d like to reduce your salmonella risk, throw out dirty or cracked eggs, and cook eggs until they are firm. 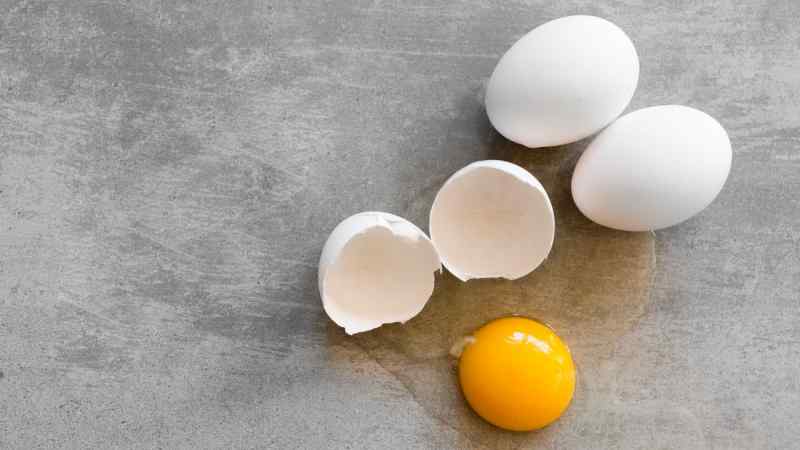 We’d like to think that organic foods are held to higher standards than non-organic foods. But, organic or not, all vegetables can potentially be contaminated with listeria. In April 2016, CRF Frozen Foods recalled 11 frozen vegetable products. Then, in May 2016, the company expanded the recall to include all frozen vegetables and fruit products processed at its Washington facility since May 2014. The result was hundreds of products being recalled, nine hospitalizations, and three deaths.

Long after the initial recall, people still continued to get sick due to being unaware of the recall. That’s why it’s always important to double-check foods that have been in your freezer for a long time. 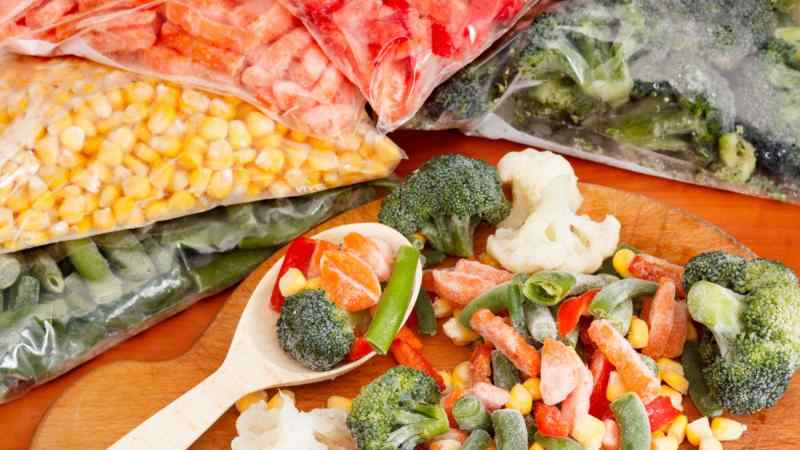 In February 2008, Hallmark/Westland made history with the largest beef recall to ever occur in the U.S. About 143 million pounds of beef were recalled after it was revealed that unhealthy cattle were being mistreated and slaughtered without inspection at a slaughterhouse. An employee took a video showing sick cattle being moved by forklifts and it was released by the Humane Society.

This situation is a prime example of a recall having huge financial repercussions. The company was forced to declare bankruptcy due to the costs of this recall. 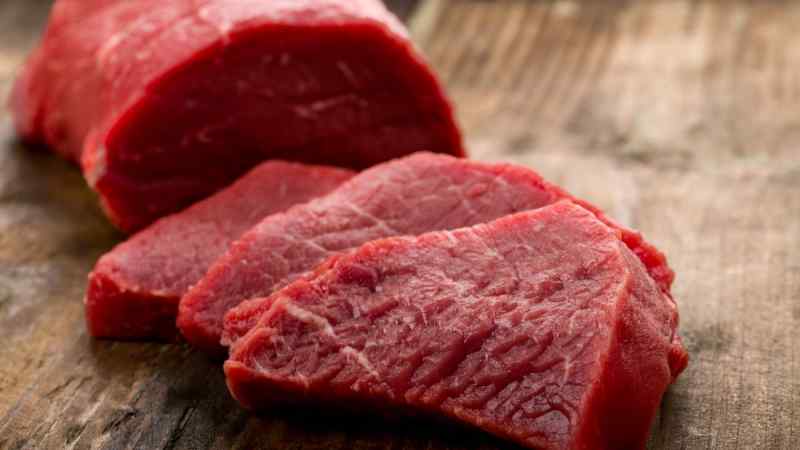 In 2011, the Arkansas-based company, Cargill Meat Solutions Corporation, recalled about 36 million pounds of ground turkey products contaminated with salmonella. Cargill shut down their plant temporarily but just a month later, salmonella contamination was found yet again.

The second time around, the recall wasn’t as large. In total, there were at least 94 people who became sick and one person who died as a result of the contamination. Many people recover from salmonella without treatment. However, seniors, children, and those with compromised immune systems are more at risk. 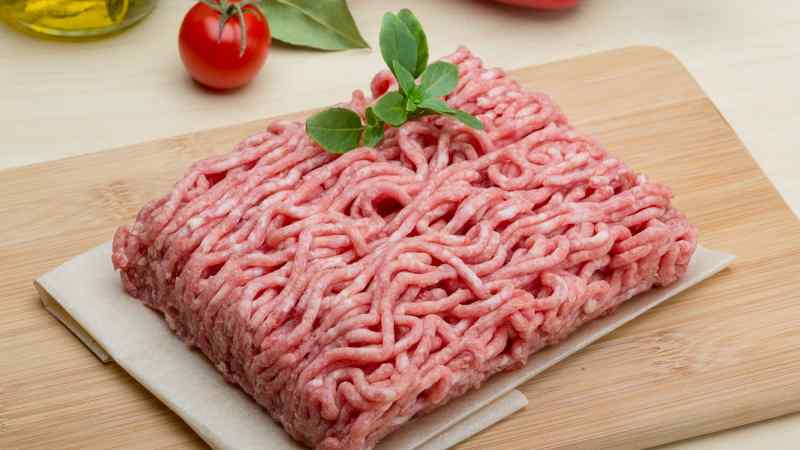 Again, we see peanuts as the subject of a major food recall in the U.S. — this time it’s not because of a labeling error. This recall occurred a few years before the Adams Flavors recall previously mentioned. Between 2007 and 2008, Peanut Corp. knowingly shipped products (such as peanut butter) containing salmonella multiple times. This caused 600 people across the States to become ill and eight to die.

Not only did Peanut Corp. have to file for bankruptcy protection, but the impact on the economy was large, too.  Consumers avoided peanut products from other brands, even though they were not affected. This led to a loss of an estimated $1 billion to the peanut industry. 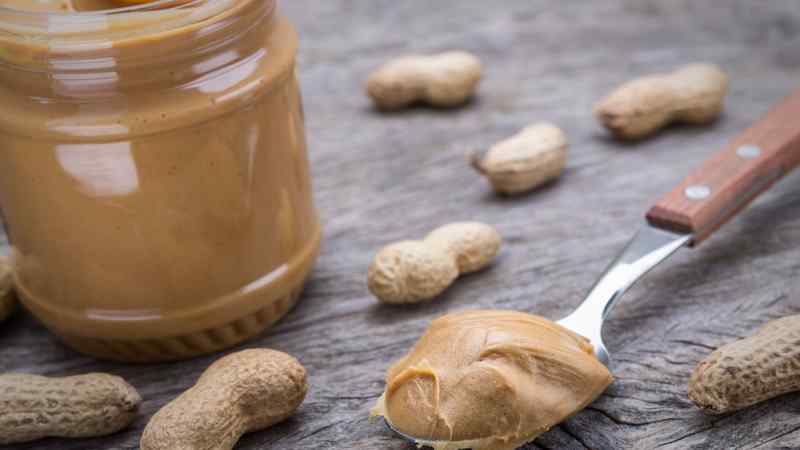 In 2011, Topps Meats had to recall 21.7 million pounds of beef patties after 30 people became ill from consuming them. The ground beef in the patties was contaminated by E. Coli. Although the company was around for 67 years and was the largest producer of beef patties in the U.S. at the time, the recall caused them to shut down permanently. They were also faced with several lawsuits because the recall was issued after most of the meat was already consumed. 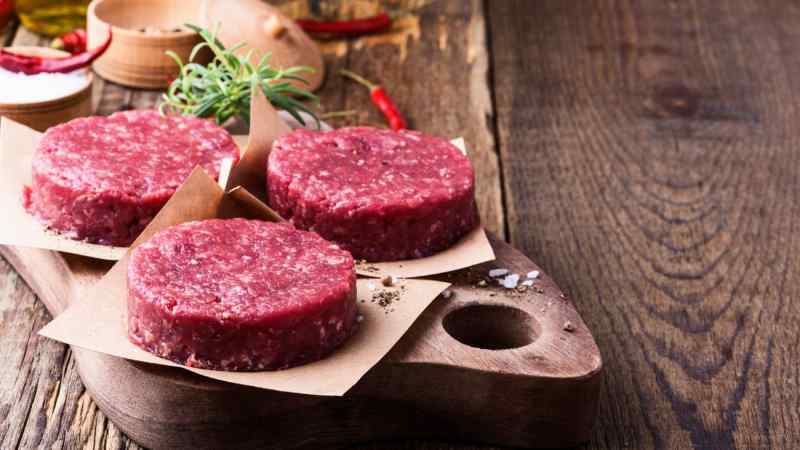 Kraft Macaroni & Cheese is known as college students go-to meal, and one of the few meals that will have kids running to the dinner table. But, in 2015, the popular brand issued a recall of 6.5 million boxes of its original Macaroni & Cheese due to some consumers reporting metal in the boxes. The recall affected the U.S., Puerto Rico, and some countries in the Caribbean and South America. Fortunately, no one was injured. 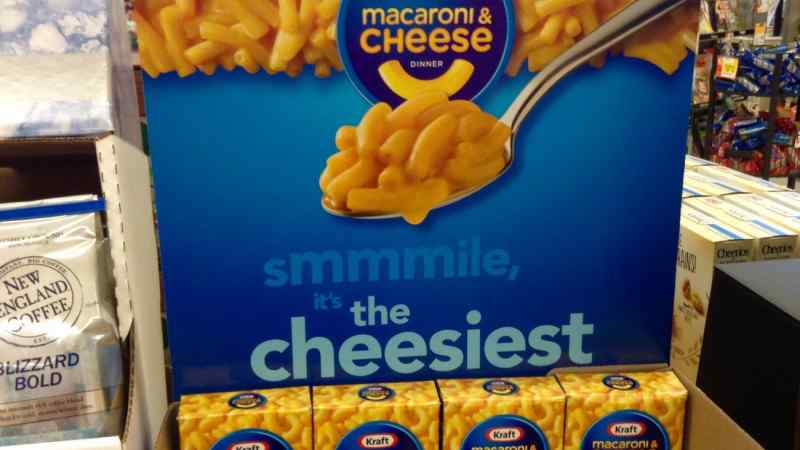 Humans aren’t the only ones affected by contaminated food! In 2007, Menu Foods (a company based in Ontario, Canada) issued a recall of 60 million cans of their pet food, which contained contaminated wheat gluten. The wheat gluten, which came from China, was discovered to have melamine in it. Melamine is a chemical found in plastic, primers, and glues. Sadly, the contamination caused the deaths of dozens of cats and dogs, which died from kidney failure. 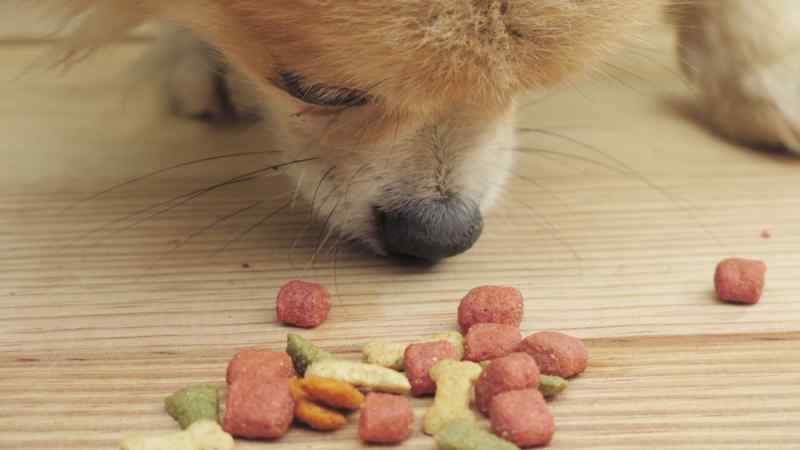 In 2016, Texas’ Pilgrim’s Pride recalled 4.5 million pounds of chicken due to contamination from wood, plastic, metal, and rubber. Fortunately, there were no reported injuries. This wasn’t the company’s first major recall, though. In 2002, 27.4 million pounds of turkey and chicken were recalled due to listeria. Seven people died as a result of the contamination. 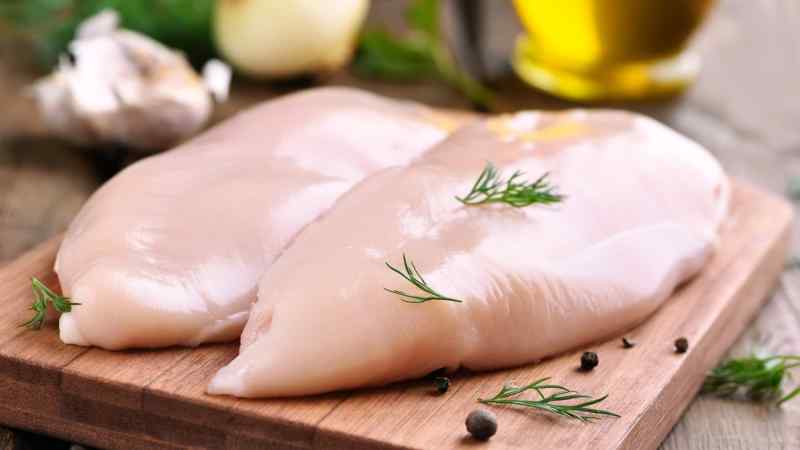