Diarrhea, nausea, gas, and bloating are some of the telltale signs of Crohn’s disease and inflammatory bowel disease (IBD). Still, certain symptoms of the disease aren’t confined to the bathroom. That’s because IBDs are autoimmune disorders, and their clinical presentations can be systemic. Although the gut is the primary organ system that suffers the most, IBDs don’t spare other organs.

Crohn’s disease falls under the umbrella of IBDs. The disorder causes inflammation within the linings of your gastrointestinal tract. Furthermore, it can also affect tissues outside your gut. People with Crohn’s disease usually have recurrent bouts of inflammatory periods, followed by symptom-free days. Like other autoimmune disorders, there is no cure for Crohn’s disease. Still, its symptoms can be managed by reducing the inflammation.

Fatigue is the most common yet most undermined symptom of Crohn’s disease. A 2016 survey conducted on the impact of Crohn’s disease in American adults revealed that more than 65 percent of them suffer from fatigue every single day. The survey further reported that fatigue is one of the most challenging symptoms to manage.

The best-known cause of fatigue in Crohn’s disease is attributed to frequent diarrhea. This is because your body cannot absorb nutrients from food. This leads to anemia and dehydration, which in turn causes fatigue.

Regardless of its cause, fatigue is one of the key symptoms that makes Crohn’s disease and IBDs debilitating illnesses.

Joint inflammation is another symptom that may rarely occur in Crohn’s disease.

Joint inflammation is different from simple joint pain, which occurs in almost half of the patients. However, joint inflammation in Crohn’s disease results from peripheral arthritis, which affects up to 20 percent of people with the disease. Its symptoms usually appear acutely in large joints, and patients often complain of sudden pain and swelling.

As such, it’s not uncommon for people with IBD to suffer from mouth or canker sores. These sores are the oral manifestations of Crohn’s disease. They affect nearly 10 percent of patients  with the disease and usually go away in two weeks.

Fever is our body’s natural response against diseases, infection, and inflammation. Therefore, it’s pretty common for people struggling with IBD and Crohn’s disease to have a fever during flare-ups.

While diarrhea is the well-known symptom of Crohn’s disease, constipation can happen as well.

Itchiness of Skin and Other Skin Conditions

Another rare and uncommon skin condition that might follow Crohn’s disease is erythema nodosum. It causes painful nodules on the legs.

Migraines are one out of the many annoying symptoms of Crohn’s disease. It is thought to result from inflammation and usually subsides when you take other medications to manage the disease.

Often, the systemic manifestations of Crohn’s disease undertake eye tissues as well, causing inflammation and resultant infection of the eye. One such complication is conjunctivitis, an infection which results from inflammation of conjunctiva in the eyes.

Living with an autoimmune disorder like Crohn’s disease can be difficult, but many of its unpleasant symptoms can be managed with medication. Understanding these unusual symptoms of Crohn’s disease can help you better manage your illness and improve your quality of life. 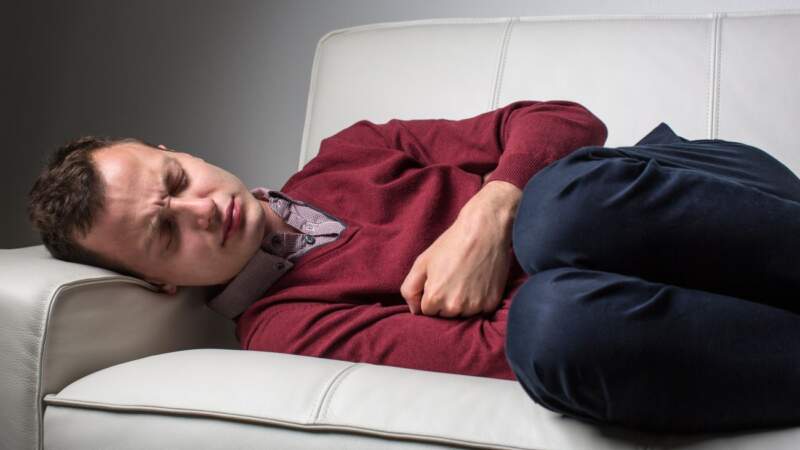