Colon cancer is the cancer of the colon, the longest part of the large intestine and the last part of your digestive tract. It is indeed one of the most common causes of cancer-related deaths in the U.S. 90 percent of colon cancer cases are found in older adults above 50. Still, there’s a gradual decline in its mortality rates, thanks to improved screening options available.

However, there’s some bad news. Scientists have recently discovered a rise in colon cancer rates among people under 50.

The recent updates on colon cancer occurrence from the American Cancer Society have revealed a gradual rise in adults below 50. Over the last 40 years, there’s been up to a 2.4 percent annual increase in the incidence of colon cancer among younger adults.

What’s even more alarming is that most of these cases are diagnosed in advanced stages of the disease when they’re difficult to treat. Plus, the fastest rise is reported in the youngest age group.

What Is the Reason Behind This Uptick?

Our lifestyle and diet have a lot to do with our gut and colon’s health. Scientists believe the same. There has been some evidence suggesting that obesity, sedentary lifestyle, and poor diet may have a role in causing colon cancer in younger adults.

While obesity is a well-known culprit behind many health issues, it might have some role in the early onset of colon cancer. A 2018 study published in JAMA Network revealed that higher BMI and weight gain were associated with an increased risk of colon cancer in women.

Diet has a vital role in shaping your gut health, including the colon. Diets high in fruits, vegetables, and fiber are excellent for maintaining healthy bowel movement and strengthening your gut.

When it comes to preventing colon cancer in young adults, diet plays a huge role in decreasing the risk. Researchers have now concluded that Mediterranean dietary pattern is linked to lower risk of colon cancer. In contrast, a typical western diet goes the other way round.

How Do I Know If I Have Colon Cancer?

One of the reasons why colon cancer goes undetected until the advanced stages is its vague signs and symptoms. In the initial phase of the disease, symptoms of colon cancer might go unnoticed as they appear very similar to those observed in infections, irritable bowel disease, and hemorrhoids.

It is therefore essential to get yourself checked if you experience any of the following symptoms:

Not all people who suffer from these symptoms have colon cancer, but it’s better to get yourself checked and identify the cause.

How to Reduce Your Risk?

There are several ways in which young people can reduce their risk of having colon cancer.

These are tests that can help you with the early detection of colon cancer. Getting screening regularly helps in early diagnosis of the disease and better treatment outcomes. For instance, screening tests can detect precancerous growths in the colon that can be removed beforehand to stop cancer development.

While the American Cancer Society recommends screening for colon cancer from 45 years onwards, it’s best to get yourself checked to figure out the right time for early screening.

Studies have shown how being overweight and obese increases risk of having colon cancer. However, maintaining a healthy lifestyle by controlling diet and staying active minimizes this risk.

Exercising is great for preventing a range of health-related issues, including colon cancer. For instance, several studies have demonstrated how increasing physical activity reduces the risk of colon cancer by up to 50 percent.

And the benefits aren’t limited to the prevention of the disease alone. It even helps in fighting fatigue in people who are already suffering from cancer.

The American Cancer Society recommends at least 150 minutes of moderate exercise per week or 75 minutes of vigorous aerobic exercise and strength training at least two days a week to improve overall health.

All these food groups have a high fiber content, which is excellent for gut health and maintaining regular bowel movement. On top of this, lower intake of red meat and processed meats will help lower the risk of colon cancer. So, be mindful of what you eat.

Cut Back on Tobacco and Alcohol

Both smoking and alcohol are linked to a high risk of suffering and dying from colon cancer. Try quitting smoking and drinking alcohol altogether.

If you can’t, the American Cancer Society recommends limiting alcohol drinks to a maximum of two per day in men and one drink in women.

Researchers have clearly shown how our dietary habits and lifestyle choices enormously increase the risk of colon cancer. While changing these habits might sound too overwhelming to start with, you can always start with baby steps. Go slow and try to make a better health choice every single day. 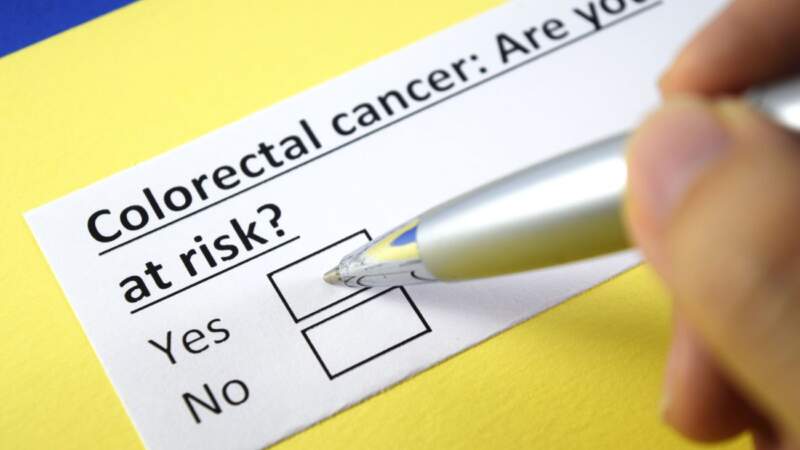