Stomach cancer or gastric cancer refers to the uncontrolled growth of cells in the stomach. The prevalence of stomach cancer in the U.S. is relatively less than in other parts of the world. According to the American Cancer Society, stomach cancer accounts for nearly 1.5 percent of all cancers. Like any other type of cancer, stomach cancer can metastasize and spread to different parts of the body.

There is no single treatment plan that works in all cases of stomach cancer. The patient’s current health status, age, and cancer stage are critical factors to consider when devising a treatment plan.

Chemotherapy uses anti-cancer drugs to kill rapidly dividing cancerous cells in the body. In stomach cancer, chemotherapy is used when the cancer has already spread to other parts of the body.

Oftentimes, chemotherapy is used along with radiotherapy or targeted drug therapy. It may also be used before or after surgery to reduce the tumor size or kill any cancerous cells left behind after surgery.

Any chemotherapeutic medicine’s core mode of action is to target and kill quickly dividing cancer cells in the body. The main side effects of chemotherapy are severe nausea, vomiting, diarrhea, and intense hair loss.

Chemotherapeutic medications are also known as antineoplastic drugs and are given through IV injection or by mouth. Some of the common anti-cancer medications used in stomach cancer chemotherapy are:

Irinotecan is a chemotherapeutic drug belonging to a class of medications called topoisomerase inhibitors. It works by stopping the growth of cancer cells.

Irinotecan is used alone or in combination with other anti-cancer medications in advanced stages of stomach cancer.

Docetexal belongs to the taxanes drug class. It works by interfering with the rapid division of cancer cells.

Docetexal injection is given alone or along with other drugs to stop the growth and spread stomach cancer. Like irinotecan, docetexal is also reserved for advanced gastric cancers.

Capecitabine belongs to the medication class called fluoropyrimidine. It is a potent anti-cancer medication used in advanced gastric cancers.

Capecitabine is an oral drug, meaning it is given by mouth. Moreover, it is associated with fewer side effects than other injectable forms of anti-cancer medicines.

Fluorouracil belongs to the anti-metabolites drug class. It works by targeting the growth of rapidly dividing cells in stomach cancer.

As first-line treatment of advanced stomach cancer, fluorouracil has been used safely for many years. However, its effectiveness is now limited due to drug resistance.

Like irinotecan and docetexal, fluorouracil is also given through IV injection in a hospital setting.

Radiotherapy is the use of high-energy waves to damage cancer cells. Oftentimes, the waves consist of a range of different high-energy particles such as x-rays, electron beams, gamma rays, and protons.

Radiotherapy is mostly either used before surgery to shrink the tumor or after surgery to kill any residual cancer cells.

Immunotherapy is a reasonably new and safer treatment option. It has shown to improve survival in patients who are already under chemotherapy and radiotherapy.

Immunotherapy works by strengthening the immune system so that it destroys cancer cells on its own. Monoclonal antibodies are the most drugs used in immunotherapy. These include nivolumab and pembrolizumab. Both drugs work well in advanced gastric cancers.

Like immunotherapy, targeted drug therapy is a novel treatment approach in cancers. It works by specifically targeting proteins that control the growth, division, and spread of cancer cells.

The two most commonly used drugs in targeted drug therapy are:

Trastuzumab is a common drug used in targeted drug therapy of stomach cancer.

Surgery is another treatment option used in stomach cancer. It is most effective when the cancer hasn’t spread to other organs. However, it can still be used if the cancer has spread significantly to other body parts.

As the fifth most common type of cancer, stomach cancer affects over one million people worldwide. Taking a healthy diet, exercise, and limiting tobacco use can help in preventing stomach cancer.

Treatment for stomach cancer includes various options such as chemotherapy, radiation therapy, immunotherapy, targeted drug therapy, and surgery. Based on one’s age, health condition, and stage of cancer, doctors employ one or more of the five options to tailor a treatment plan for each individual. As a matter of fact, chances of survival and complete cure are high in patients whose cancer has not spread to other parts of the body. 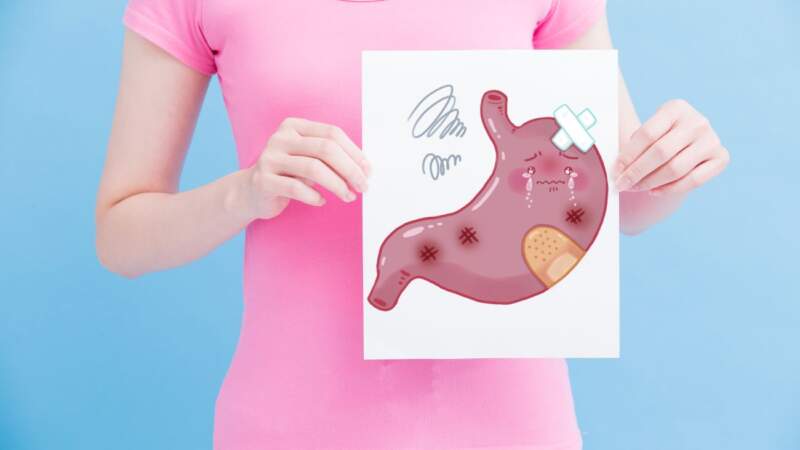