Cancer is frightening in any form. It’s a disease that, once present in the body, continues to grow and spread. And if it’s left undetected, it can appear in many different places. One type of cancer that’s increasing in number each year is endometrial cancer – cancer in the endometrium, or the lining of the uterus. Over 65,600 new cases of endometrial cancer are expected to be diagnosed this year, and more than 12,500 women will die from this cancer. And often, endometrial cancer can begin growing without showing any symptoms. That makes this cancer a difficult one to detect.

Endometrial cancer can affect any woman. That’s why it’s so important to understand what this cancer can look like, how it can begin, and how it might be treated.

Endometrial cancer occurs when cells within the inner lining of the uterus begin growing at an uncontrolled rate. These out-of-control cells can form tumors, and that in turn can lead to symptoms and the spread of the cancer to other areas of the body.

However, doctors aren’t certain what causes endometrial cancer. In most cases, it’s unclear what led to the development of this cancer.

What is known, though, is that certain factors can increase a woman’s risk of endometrial cancer. In particular, two hormones seem to be at play when endometrial cancer occurs: estrogen and progesterone. These hormones and their receptors seem to play some role in the development of cancer within the uterus.

And doctors have identified certain risk factors that can make you more likely to develop endometrial cancer. If you have any of these risk factors in your medical history or daily life, you may be at an increased risk:

The Symptoms of Endometrial Cancer

When endometrial cancer first begins, it can be very difficult to know it’s present. This type of cancer can actually present no symptoms in some women – in these cases, symptoms only appear once the cancer has spread.

But in other cases, endometrial cancer can be detected in early stages. Typically, this is possible when symptoms are present. The tricky part is that symptoms may go ignored. Some might seem like other, more common health concerns.

If you’re worried about endometrial cancer, you need to pay attention to your body. Sudden changes or new body behaviors may be a sign or symptom. Specifically, you’ll want to look for these common symptoms of endometrial cancer:

Other common symptoms might not seem directly related to endometrial cancer, such as unexplained weight loss and weakness or pain in the abdomen, back or legs. These symptoms might be a sign that the cancer is in a later stage.

Make sure to note any changes to your health or body and discuss them with your doctor. That’s the first step in determining what’s causing these issues. And it could help you get an official diagnosis so you can move forward with treatments.

Endometrial cancer, once diagnosed, is treatable. And treatment can be very successful. According to the American Cancer Society, the five-year survival rate for those with localized endometrial cancer is 95 percent.

If you have endometrial cancer, your doctor will determine what stage your cancer is at and what the best course of treatment is. Typically, the standard treatment for this cancer is surgery.

Surgery is the most common treatment method for localized endometrial cancer, or cancer that hasn’t spread. A total hysterectomy, or removal of the uterus, cervix, ovaries, and fallopian tubes, is the most successful option. During surgery, any lymph nodes, tissues, or other organs that are suspicious or cancerous may also be removed. This type of surgery can prevent endometrial cancer in high-risk women, completely remove the cancer, and potentially even prevent the cancer from returning.

However, if the cancer has spread beyond the uterus, surgery may be used in combination with other treatment options. Along with surgery, patients may undergo radiation or chemotherapy – or both. These treatments can help eliminate all remaining cancer cells throughout the body. In some cases where endometrial cancer is widespread throughout the body, hormone replacement therapy may also be considered.

Make sure to discuss all of your options with your doctor. With information about the stage and location of your cancer, your doctor will be able to give you the best guidance. You can discuss what steps to take and which treatments have the best odds of success.

And, if you’re worried about possibly developing endometrial cancer, talk with your doctor. You can discuss potential risk factors, any changes you’ve experienced in your health, and any potential symptoms, if you’ve noticed them. Like all cancers, endometrial cancer offers stronger survival odds the earlier it’s detected. 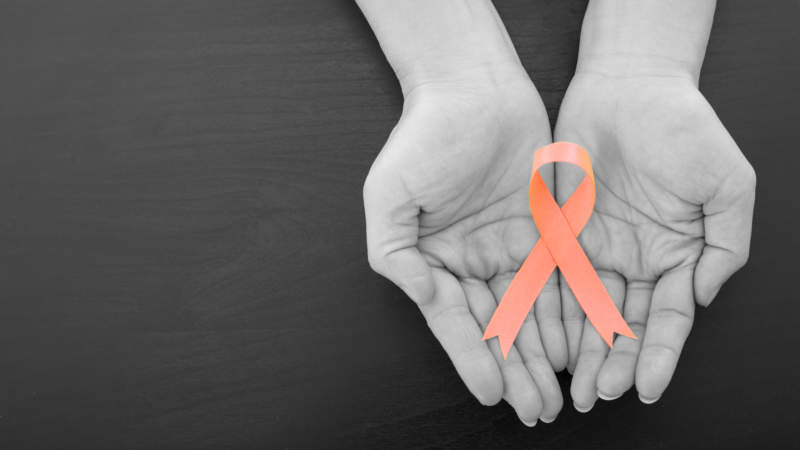