After skin cancer, lung cancer is the second most common cancer diagnosed in both men and women in the United States.

Furthermore, it is the leading cause of cancer deaths among both men and women in the United States. It accounts for 25 percent of all deaths from cancer. To put this into perspective, more men and women die each year from lung cancer than prostate, colon, ovarian, and breast cancers combined.

Signs and symptoms of lung cancer may include:

By far, cigarette smoke is the primary risk factor for lung cancer. In other words, your risk of developing lung cancer is directly related to the number of cigarettes you smoke each day and the years you have smoked. Smoking cigarettes is implicated in 80 percent to 90 percent of all lung cancer deaths.

Tobacco smoke contains more than 7,000 chemicals — many of which are poisonous and known cancer-causing agents. It should also be noted that smoking cigars or pipes also increases your risk of lung cancer.

Other risk factors for lung cancer include:

The objective of screening programs is to detect disease in seemingly healthy individuals with no symptoms. Compared to non-smokers, smokers are 15 to 30 times more likely to be diagnosed with lung cancer or die from the disease. This underscores the need for screening programs for lung cancer, as it can detect early-stage and improve the outcomes of patients.

You are a heavy smoker if you have a smoking history of greater than or equal to 30 pack-years. A pack-year is a clinical construct used to measure your lifetime exposure to tobacco. It’s calculated by multiplying the number of packs of cigarettes smoked per day by the number of years you have smoked. For example, one pack-year is the equivalent of smoking one pack, or 20 cigarettes, per day for one year. In other words, to arrive at 30 pack-years, you will have smoked one pack of cigarettes per day for 30 years or two packs for 15 years.

LDCT is a special kind of X-ray that uses a low amount of radiation to obtain detailed images of your lungs. This is key as radiation to the chest is a risk factor for lung cancer. The scan itself is quick, pain-free, and requires no special preparation. What’s more, Medicare and most private insurances will cover the initial screening scan without co-pay if you fit all the criteria detailed above.

There is no sure way to prevent lung cancer, but you can be proactive and take measures to reduce your risk of developing lung cancer.

If you have never smoked, you should not start smoking. If you are a smoker, you should quit smoking. In fact, quitting at any age can significantly reduce your risk of developing lung cancer.

This is easier said than done, but a frank discussion with your doctor should set the stage for a smoking cessation program. There is a multitude of resources that can help you quit smoking, including:

Other measures you can take to decrease your risk of lung cancer include:

As discussed earlier, some lung cancers are found through screening. However, the great majority are diagnosed because they are causing worrisome signs and symptoms.

Your doctor visit will consist of a medical history to assess your risk factors and physical examination to look for any signs or symptoms of lung cancer. Your doctor may ask about:

If your doctor’s clinical suspicion remains high that you may have lung cancer, he/she will likely order imaging tests. These tests will mostly focus on the chest/lungs.

A chest X-ray may reveal a suspicious lung mass or nodule. If this is the case, your doctor may order additional imaging studies, such as computed tomography (CT), magnetic resonance imaging, positron emission tomography, and bone scans.

A CT scan of the chest can give more detailed information on the size, shape, and location of a suspicious lung tumor. It can also identify enlarged lymph nodes, which may contain cancer that has spread.

The other imaging studies mentioned above are more appropriate to investigate the extent of lung cancer. For instance, if it has spread to lymph nodes and other parts of the body.

If imaging reveals a lung tumor, your doctor will want to know definitively if this abnormality does or does not represent cancer. The only way to accomplish this is to sample lung cells — preferably from the tumor itself — so they can be viewed under a microscope.

There are several courses of action, depending on the situation, including:

Of these sampling procedures, a biopsy is probably the most direct and most sensitive for the diagnosis of lung cancer. A biopsy can be performed with a needle. This procedure can be done through the skin of the chest wall, CT-guided, or achieved via bronchoscopy.

There are two main types of lung cancer:

NSCLCs can be divided into the following three main subtypes. They are:

Less common forms of NSCLC include:

Unfortunately, SCLCs are the most aggressive and rapidly growing of all lung cancers. Consequently, almost 70 percent of individuals with SCLC have metastasis at the time of their diagnosis.

If you are diagnosed with lung cancer, the staging of the disease is one of the most important aspects. It is a primary determinant of treatment. The staging of lung cancer is primarily accomplished through imaging studies.

If you are diagnosed with NSCLC, you may be staged as follows:

If you are diagnosed with SCLC, its staging is much simpler. It has two stages:

If you have been recently diagnosed with lung cancer, you are preparing for treatment and may wonder what your prognosis is for this disease. Fortunately, the American Cancer Society compiles data from Surveillance, Epidemiology, and End Results (SEER) database to provide five-year relative survival rates for lung cancer. In other words, your chances of being alive five years after your diagnosis of lung cancer.

Your prognosis is primarily dependent — but not totally — on the type of lung cancer and its stage. In general, the prognosis for NSCLC is better than for SCLC.

For simplicity, the SEER database categorizes cancers as localized (stage I), regional (stages II and III), and distant (stage IV).

For NSCLC, the five-year relative survival rates are:

For SCLC, the five-year relative survival rates are:

Lung cancer, as well as its treatments, can lead to complications. Some of which may be life-threatening.

Since they typically cause no symptoms, stage 0 and I lung cancers rarely cause complications. In contrast, late-stage lung cancer can lead to complications as it spreads to distant areas of the body.

Lung cancer can cause complications, such as:

Of course, the most dreaded complications of lung cancer is metastasis, the spread to other parts of the body. As a consequence, most cancers, including lung cancer, are considered incurable once they have undergone metastasis.

Whether you have been diagnosed with NSCLC or SCLC, there are several treatment options available.

In addition to the cancer stage, your age, preferences, and overall health, along with the type and location of the tumor, are considerations when formulating a treatment plan. The people who may take part in the formulation of your treatment plan include:

Surgery is one of the most common methods to treat lung cancer. The goal is to remove the lung cancer with a minimum of damage to healthy lung tissue. Since most cancers spread to distant parts of the body through the lymphatic system, your surgeon may also remove lymph nodes at the same time.

Your surgical options include:

Another option for the treatment of lung cancer is chemotherapy. During this process, a medical oncologist administers cycles of drugs into a vein or by mouth to kill cancer cells. It may be given:

Examples of some chemotherapeutic agents used to treat lung cancer are cisplatin and paclitaxel (Taxol).

Possible side effects of chemotherapy include:

Radiation therapy uses high-energy rays to eradicate cancer cells. There are two principal forms of radiation therapy: external beam and internal. It may be administered:

Side effects of radiation therapy may include:

Targeted therapy is a relatively new development for the treatment of lung cancer. Agents work through different mechanisms to cause the death of cancer cells, such as inhibiting the formation of new blood vessels or the growth, division, or repair of lung cancer cells.

Examples of agents used for targeted therapy include bevacizumab, erlotinib, and crizotinib.

Immunotherapy is another relatively new tool in the arsenal for lung cancer treatment. It takes advantage of your own immune system to destroy cancer cells.

Examples of immunotherapy agents used to treat lung cancer include nivolumab and pembrolizumab.

Lung cancer and its treatments can take a toll on your day-to-day life. If you are living with lung cancer, the following tips have the potential to make living with the disease less burdensome:

Unlike some other cancers, lung cancer is highly preventable. If you quit smoking now, you will have a lower risk of developing lung cancer. Furthermore, whether you have NSCLC or SCLC, survival rates are increasing due to appropriate screening and ongoing research giving rise to refined, improved treatments. 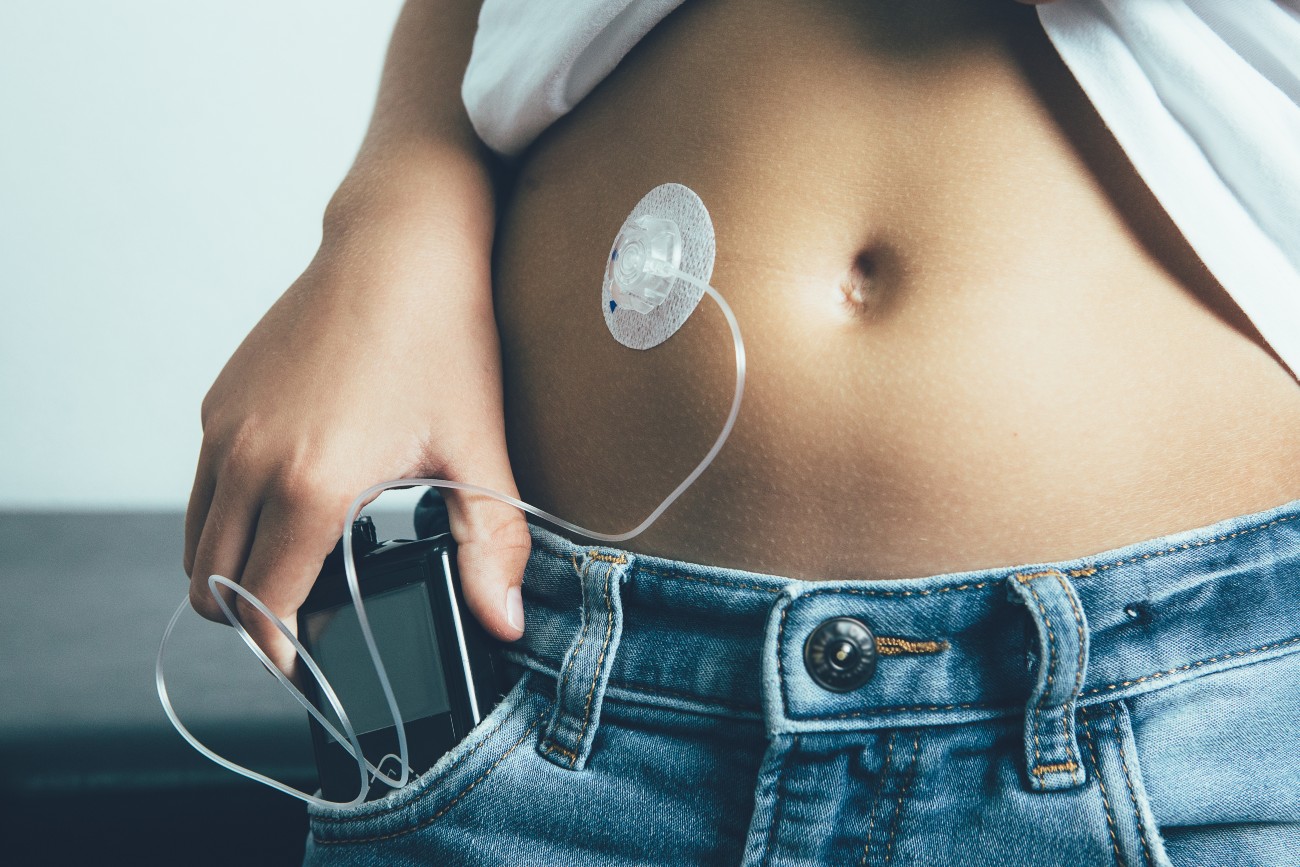 Data from the Center for Disease Control and Prevention shows that just over one in 10 Americans have diabetes. In order to treat this condition, people must manage their insulin levels with…