How To Know If You Have Herpes

For sexually active adults, it’s important to avoid illnesses by practicing safe sex. Research shows that 1 in 2 Americans will contract a sexually transmitted infection (STI) by the time they’re only 25 years old.

Herpes is one of the easiest and most common infections to transmit—and there is no cure. Symptoms don’t often appear for herpes, meaning people can have the infection without even realizing it. If you’re worried about herpes, here’s how you can tell if you might be affected by the condition.

Most people realize they have herpes once sores appear on their body, but that isn’t always the case. It can be an asymptomatic infection which means there aren’t any visible signs of having it. For people without obvious symptoms, the infection can go untreated for longer than it should. It’s a concern not only for the patient, but for anyone they come into contact with sexually.

There are two different types of herpes you can obtain:

This version of herpes is the most common. Over 50 percent of American adults have it, with the effects typically not being too severe. Oral herpes appears as a cold sore or blister on the lips and inside the mouth.

Oral herpes is more frequent because it can be spread through non-sexual contact with saliva. Even just a peck on the lips from someone with herpes can potentially spread it to another person. Other parts of your body with open wounds such as cuts, burns or rashes can also get infected with herpes.

Although this type of herpes is more taboo, it’s still pretty common. About one in six sexually active people have genital herpes. Symptoms for this can be itching or tingling of the genitals, and there’s a high chance blisters will appear as well. The blisters can also break and turn into sores, making the infection more painful

Around 90 percent of people with genital herpes aren’t aware they even have it. It often goes untreated because people mistake it for other ailments such as razor burn, allergic reactions, or yeast infections. It’s spread from person to person and symptoms will appear wherever the virus was contracted. This infection isn’t deadly for healthy adults, but does pose a risk for babies born by a mother with this condition.

How Do You Treat Herpes?

Unfortunately, there isn’t a cure for herpes. It’s a lifelong infection that patients must learn how to manage.

So, treating herpes means you’ll need to manage the infection to prevent outbreaks. And the only way to know if you have herpes is to get tested. If you’ve been in contact with someone who has herpes or think you’re experiencing the symptoms, see your doctor and get tested right away.

There are three types of pills most commonly prescribed to those with herpes. Antiviral medications like Zovirax, Famvir and Valtrex are known to help patients ease the severity and duration of symptoms.

Antiviral therapies are usually prescribed by doctors for those initially diagnosed with herpes. The length of therapy ranges between 7 to 10 days but can sometimes take longer. Afterwards, patients will have to monitor their symptoms and decide whether their long term treatment should be intermittent or suppressive. Intermittent treatment is when you have medication on hand for symptoms that occasionally flare up from time to time. Suppressive treatment is a more intensive routine that consists of taking a daily antiviral medication.

It’s possible for those with oral herpes to have difficulty eating or drinking. They should make sure to drink plenty of fluids to prevent dehydration or even consider seeing a doctor for alternate treatment if that’s too difficult. Treating herpes doesn’t only help the patient, but lowers the chance of spreading it to other people.

How To Prevent Getting Herpes

Practicing safe sex is the best way to avoid contracting herpes. It’s a sneaky infection that can easily be spread if you’re not careful. That’s why doctors always recommend using protection and trying to limit your number of sexual partners.

If you have herpes, always let your partner know of this prior to any sexual activity. You should also avoid contact if either partner has open wounds or active herpes symptoms, like sores or itching. Luckily, the herpes virus dies quickly when it’s outside the body. This means you don’t have to worry about getting infected from hugs, coughs, handholding, or sitting on a toilet seat.

It’s important to take all necessary precautions to lower your risk of an STI, especially ones without a cure like herpes. While infected people can live a very normal life, prevention should still be a priority. You can avoid symptom outbreaks and the need for lifelong medication by getting tested regularly and learning more from your doctor. 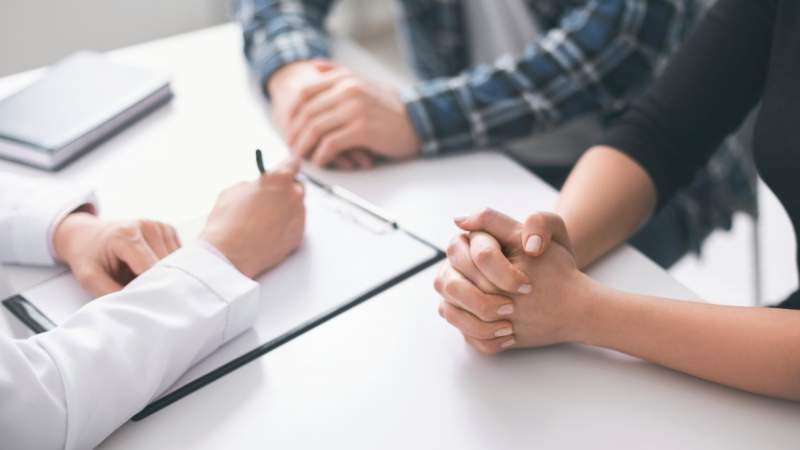