Everything You Need To Know About Spinal Muscular Atrophy

There are plenty of diseases you can avoid with the right precautions, but some aren’t so preventable. Spinal Muscular Atrophy (SMA) is one such disease – this genetic disorder that targets children is inherited from parents. While it is rare, one in 10,000 kids are born with this incurable disease.

You can’t prevent your child from developing SMA, but information is power. Knowing the signs and symptoms will help you stay alert regarding your child’s health.

What Is Spinal Muscular Atrophy?

SMA is a genetic disease that affects muscles throughout the body. It’s typically diagnosed early in a child’s life, and it can affect anyone regardless of sex or race.

Essentially, SMA occurs when nerve cells in the brainstem and spinal cord are destroyed. The loss of nerve cells impact skeletal muscle activity. This makes talking, walking, breathing and swallowing difficult to do. Movement of the arms, legs, chest and face are heavily impacted when nerve cells aren’t there to stimulate the muscles.

It takes two hereditary SMN1 genes to cause spinal muscular atrophy, which can be passed on through a child’s parents. When each parent carries a mutated survival motor neuron gene 1 (SMN1), there’s a significant chance their baby will be diagnosed with SMA. Parents could have the gene without even realizing it, since symptoms don’t show with only one gene present in the body.

While physical functions of the body are heavily impacted with this disease, those who are able to grow up with this condition can still socialize like anyone else would. But that’s only for a less severe diagnosis. There are different levels of this condition that can make it life threatening.

What Are the Symptoms of Spinal Muscular Atrophy?

Certain red flags in your child’s abilities might indicate they have SMA. If they are missing certain developmental milestone like holding their head up and rolling over, that’s one sign. Another symptom is if they are having trouble sitting or standing on their own. More severely, the child could also have trouble breathing.

There are four different categories of SMA, and each comes with its own symptoms. A doctor’s diagnosis will ultimately depend on the severity of one’s condition.

Type 1
As the most severe version of SMA, children cannot support their head or sit without assistance. Floppy legs and arms are another factor. Unfortunately, most babies with Type 1 don’t live past the age of two because muscles controlling their breathing are severely weakened.

Type 2
Also known as chronic infantile SMA, this category  affects babies between the ages of six and 18 months old. While they might be able to sit or walk without help, weakness in the legs is common.

Type 3
This type of SMA tends to be a mild form of the condition, and kids begin to show symptoms once they’re older. It’s also called Kugelberg-Welander disease and impacts one’s ability to run, climb or stand up. Kids anywhere between the ages of two and 17-years-old can be diagnosed. They may end up needing a wheelchair as they grow older.

Type 4
This is the only form of SMA that starts as an adult. Symptoms tend to exist throughout their life, but can be helped with the work of a physical therapist depending on the condition. Muscle weakness, twitching and breathing problems typically occur with this form of SMA.

Each person with SMA goes through a different experience, which is why it’s best to talk with a doctor about any suspicions you have regarding your child’s health.

What Is the Treatment for Spinal Muscular Atrophy?

After a series of tests—nerve exam, CT scans, MRI, muscle tissue biopsy—a doctor can determine your child’s diagnosis. There isn’t a cure for SMA, so treatment options consist of managing the condition and making life more comfortable for the patient.

Depending on the type of SMA, medication may be a treatment option. Spinraza and Zolgensma are two FDA-approved medications that can be used to treat SMA, according to WebMD. These gene therapies work to help the body control muscle movement in the body.

Here are some other treatments used to help kids with their SMA diagnosis:

In addition to these tools, a child will benefit from meeting with a team of experts to regularly monitor and treat their condition. These specialists can include orthopedists, lung doctors, neurologists, stomach disorder specialists and more.

SMA is a disease that’s scary and unpredictable. You and your partner should consider getting tested to learn if you the SMN1 gene. That way, you’ll know what the chances are of your child developing spinal muscular atrophy. 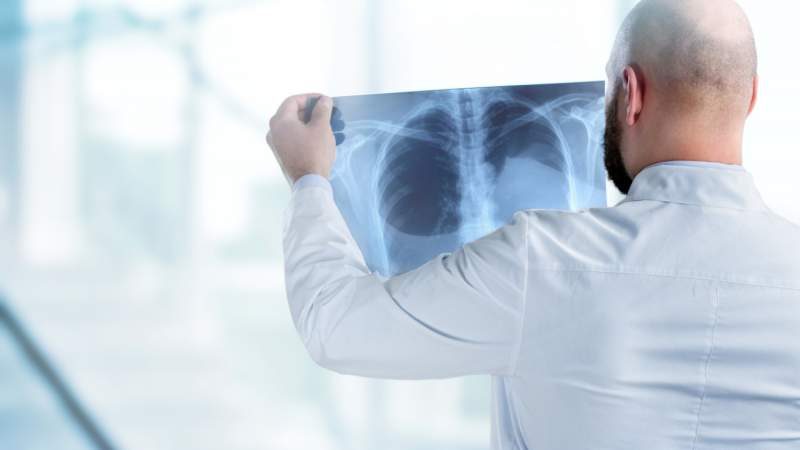