Everything You Need to Know About Cervical Cancer

Cervical cancer is one of the most common cancers of women worldwide. This type of cancer affects the cervix, which is the lower part of the uterus. The cervix connects the uterus with the vagina. It has two distinct parts:

Cervical cancer is a slow-growing cancer. In fact, its progression from a pre-cancerous lesion to full-blown cancer can take decades. As such, it is common for women with early-stage cervical cancers to have no signs or symptoms.

As cervical cancer progresses, it may lead to signs and symptoms, such as:

Additionally, if cervical cancer has spread to nearby or distant organs, symptoms may include:

No one knows exactly what causes cervical cancer. However, one of the main risk factors for this disease is human papillomavirus (HPV).

According to the Centers for Disease Control and Prevention (CDC), HPV is the most commonly sexually transmitted infection (STI) in the United States. Additionally, a diagnosis of another STI, such as chlamydia, gonorrhea, syphilis, or HIV, increases your risk for HPV. There are more than 100 types of HPV, of which approximately 13 types have the potential to cause cervical cancer.

Although HPV may cause genital warts, it should be noted that they are very common. Most people with this diagnosis do not go on to develop cervical cancer, especially with the availability of HPV vaccines today.

Other risk factors for cervical cancer include:

Lastly, if your mother was administered a miscarriage prevention drug called diethylstilbestrol in the 1950s, you are at increased risk for cervical cancer.

Since cervical cancer is a slow-growing cancer, it provides opportunities for screening, early detection, and prevention.

At one time, cervical cancer was one of the most common causes of cancer death among American women. Fortunately, this death rate has dropped precipitously with the almost universal use of the Papanicolaou (Pap) smear, or Pap test, for cervical cancer screening. The Pap test or smear collects cells from the cervix to be looked at under a microscope to find pre-cancers and cancer.

Another screening tool that has emerged is the HPV DNA test. This test can be performed on the same sample of cells collected for the Pap test.

As far as cervical cancer prevention, the recent development of an HPV vaccine has been tabbed as one of the most important preventative actions.

The CDC recommends the HPV vaccine be routinely administered to adolescents starting at age 11 or 12, with catch-up vaccination through age 26. Although the public health benefit may be minimal, the HPV vaccine is recommended for all women and men age 27 to 45 who did not receive the vaccine as an adolescent.

The following may prevent pre-cancerous lesions and certain conditions that can lead to pre-cancers:

If you have any symptoms that could be referable to cervical cancer — such as abnormal vaginal bleeding — you should bring them to the attention of your doctor at a scheduled visit. You most likely will need a complete gynecological exam, including a Pap smear and possibly an HPV DNA test, to investigate your symptoms.

Although abnormal vaginal bleeding can be caused by other factors, like vaginal dryness or non-cancerous uterine polyps, it is the most common symptom of both cervical and uterine cancer.

The first step in the diagnosis of cervical cancer is the Pap test with or without an HPV DNA test. The tests often have an abnormal result whether it be screening (presenting with no symptoms) or diagnostic (presenting with symptoms) in nature.

Prior to the Pap test, your doctor will ask a series of questions about your current and past medical history, focusing on areas such as your current symptoms, family history, and risk factors. For example, you may be asked:

Next, your doctor will perform a thorough physical examination, including a pelvic exam, to evaluate Ashburn of health. At this point, your doctor may pursue further testing to rule in or rule out cervical cancer. Your doctor may perform a colposcopy, which utilizes the colposcope to directly visualize any abnormal cervical tissue. If the colposcopy reveals any abnormal tissue, samples of these areas (biopsies) can be taken for evaluation of the cells under the microscope.

It should be kept in mind that the only way to definitively diagnose cervical cancer is through a biopsy. Your doctor has the choice of several methods, including:

The latter two methods (LEEP and cone biopsy) can be used to obtain biopsies and remove pre-cancerous lesions and early-stage cervical cancers. Additionally, the LEEP can be performed under local anesthesia in your doctor’s office, while a cone biopsy is usually performed in the hospital under general anesthesia.

The stage of your cervical cancer is one of the most important determinants of your treatment plan. Knowing the stage provides insight into how successful treatment might be.

Cervical cancer can be categorized by the following stages:

It should be kept in mind that Stages I to III may or may not be characterized by the spread of cervical cancer cells to local lymph nodes. Also, Stage IV is the most advanced stage of the disease.

Cervical cancers are classified by their appearance under a microscope. As such, there are two main types of cervical cancer:

The great majority — 90 percent in fact — of cervical cancers are squamous cell carcinomas. They typically develop in exocervical cells and have thin, flat sheets of cells under the microscope.

The rest of the cervical cancers are adenocarcinomas. They typically develop in endocervical cells, which are mucus-producing glands.

The SEER database groups cervical cancers into three categories. They are:

It should be kept in mind that these five-year relative survival rates are averages and do not apply to everyone. There have been reports of successful treatment of Stage IV cervical cancer.

Complications of cervical cancer can be the result of advanced disease or side effects of treatment.

The most alarming complication of cervical cancer is metastasis. Metastasis is the spread of cancer to other parts of the body. Common sites for metastasis of cervical cancer include lymph nodes, pelvis, abdomen, ureters, liver, lungs, and bones. This spread of the cancer may limit — sometimes severely — your treatment options, leading to lower survival rates. Many times patients with Stage IV cervical cancer have to be referred for hospice and/or palliative care.

Other complications of advanced cervical cancer may include:

Complications or side effects of cervical cancer treatment may include:

Choosing the best treatment option for your cervical cancer should entail an in-depth conversation with your doctor. In this conversation, make sure to take the following into consideration:

Possibilities for surgery include cryosurgery, laser surgery, conization, or removal of the uterus.

Drugs/chemicals that kill cervical cancer cells. They are commonly administered by injection into a vein or by mouth.

Kills cervical cancer cells by inhibiting the formation of new blood vessels (angiogenesis), which is crucial for cancer growth.

It allows an individual’s immune system to more effectively detect and destroy cervical cancer cells. It is best for Stage IV cervical cancer or if the cancer has returned after initial treatment.

If you have or have had cervical cancer, you may want to know if there are things you can do to potentially lower your risk of cancer progression or recurrence. Some general recommendations for women living with cervical cancer include:

What If My Pap Test Is Normal, but My HPV DNA Test Is Positive?

You still may be at risk of developing cervical cancer. Therefore, your doctor may recommend:

What Does an “ASCUS” Pap Smear Result Mean?

ASCUS is the abbreviation for atypical squamous cells of undetermined significance. It means the Pap test is equivocal or inconclusive. As a result, your doctor may recommend getting an HPV DNA test.

Will the Pap Test Tell Me If I Have Cervical Cancer?

No, an abnormal Pap test suggests that there may be a serious problem. So, your doctor should do further investigation.

A biopsy is the only definitive method for the diagnosis of cervical cancer.

How Painful Is the Pelvic Examination and Pap Test?

Depending on the type of exam, you may experience some discomfort, stinging, and/or pressure. Relaxation techniques can go a long way at relieving or significantly decreasing any discomfort.

Is the Pap Smear a Test for HIV/Aids or Other STIs?

No. If you have concerns about STIs, additional testing may be needed.

In summary, the preferred method to detect cervical cancer, especially early-stage, is to have regular screening with a Pap test with or without an HPV DNA test. As a result of the Pap test being universal in the United States, pre-cancerous cervical lesions are far more commonly diagnosed than invasive cancer. This translates into more definitive curative treatments, which should improve measures such as the five-year relative survival rate. 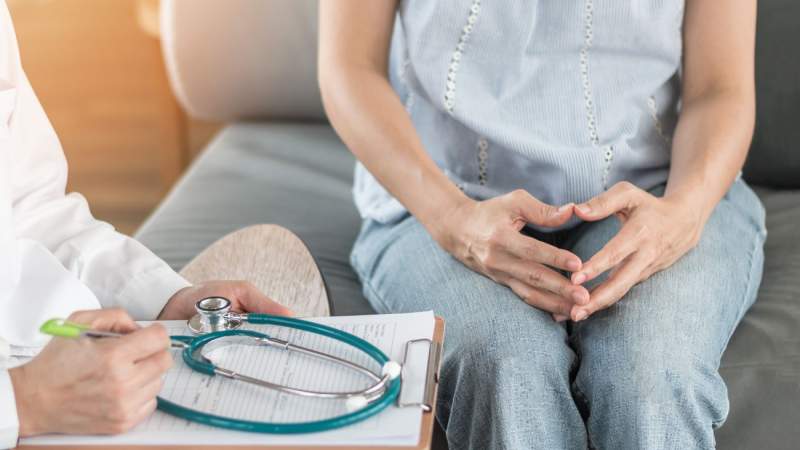