While it’s easy to worry about dangerous health conditions and diseases that you might develop, there’s an area of health that’s often overlooked: prescription medications. The medicines you take every day can cause serious side effects that could alter your health. And tardive dyskinesia is one of these side effects.

Understanding the facts about tardive dyskinesia is key to noticing its symptoms and getting treatment from your doctor. Here are five important facts everyone should know about the condition.

1. Tardive Dyskinesia is a Side Effect of Certain Medications

While tardive dyskinesia might seem like an individual health concern, it’s actually caused by certain medications. It results after regular, long-term use of medications that are commonly used to treat mental illness, specifically antipsychotic medications.

Approximately one in every four patients who are on long-term treatment with an antipsychotic will develop tardive dyskinesia.

2. There Are Two Types of Tardive Dyskinesia

Tardive dyskinesia is a condition that’s characterized by sudden and uncontrollable stiff, jerky movements. However, there are two ways that tardive dyskinesia typically appears: in the limbs or in the face.

Doctors divide tardive dyskinesia symptoms into two types. Orofacial dyskinesia is the name for symptoms that happen in your lips, jaw, tongue, or other facial muscles. Symptoms include fast blinking, chewing, smacking of the lips, and frowning. Dyskinesia of the limbs is the name for symptoms that appear in the limbs only – the arms, legs, fingers, and toes. Symptoms include wiggling fingers or toes, tapping feet, swaying side to side, and flapping arms.

Symptoms can vary depending on which type of tardive dyskinesia you develop. Additionally, some people can experience symptoms in both the face and limbs.

3. Developing Tardive Dyskinesia Can Leave You With Permanent Symptoms

Tardive dyskinesia can be permanent. Once it appears, you may have to live with stiff, jerky movements and symptoms for the rest of your life.

Fortunately, it’s possible that symptoms can be managed or eased. In some cases, changing your medication, adjusting the dose, or adding a different medication can control or alleviate symptoms. You should make sure to talk with your doctor about these options if you’re living with tardive dyskinesia.

4. Taking Any Antipsychotic Medication Can Cause Tardive Dyskinesia

Antipsychotic medication is the primary cause of tardive dyskinesia. More specifically, though, medications used to treat conditions like schizophrenia, bipolar disorder, and other mental health issues are often the culprit.

These medications, which doctors sometimes call neuroleptic drugs, work by blocking dopamine, a brain chemical. Dopamine helps your muscles move smoothly – so when a medication blocks or limits that function, your movements may become jerky and uncontrollable.

Commonly, tardive dyskinesia is treated or managed by adjusting medications. Making changes to the medications that are causing this side effect can alleviate or better control your symptoms.

However, in addition to working with your doctor to adjust your medication, you can also try alternative measures. Some alternative treatment options have shown a small benefit when used in people with tardive dyskinesia. Ginkgo biloba, vitamin E, vitamin B6, and melatonin may be able to help your movements. Just make sure you speak with your doctor before taking any supplements or trying these alternatives.

If you’re taking antipsychotic medications, or any other medications that may have tardive dyskinesia as a symptom, make sure you know the risk. Talk with your doctor, understand tardive dyskinesia, and know what might happen. By doing this, you can be better prepared for potential changes to your overall health. 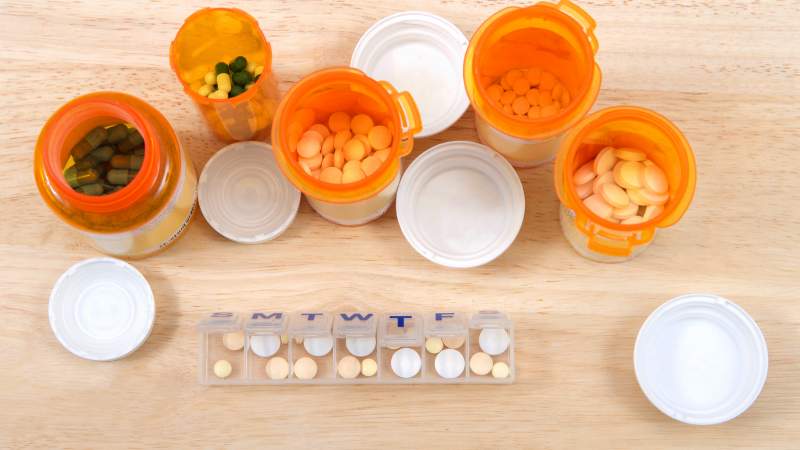