The Aging Game: How to Age Well

If there’s one thing nearly everyone worries about when they look in the mirror, it’s aging. The visible signs of growing older, like fine lines, wrinkles, and gray hairs, can worry anyone. Aging is inevitable – but that doesn’t mean you can’t grow older gracefully and while taking care of your mind and body.

No matter your age, you’ll want to fully enjoy your life when you get older. And the best way to do so is to take care of your health and wellness as you age. Most people know that certain habits are good for them – exercising, sleeping well, socializing, and making smart food choices – but it’s tough to put those into practice. The good news is that it’s never too late to get started, and your future self will be thankful if you take good care of yourself now.

Here are a few ways you can ensure you’ll age well in the years ahead.

Although it’s tempting to eat junk food and high-fat, high-salt, high-calorie meals all the time, these food choices definitely won’t help you age well. In fact, a study by the Harvard School of Public Health found that eating processed food such as sausages and bacon can lead to a 42 percent increase in your risk of heart disease and a 19 percent higher risk of type 2 diabetes.

Ideally, you should be focusing on eating a healthy diet. The Mediterranean diet, which consists of plant-based foods, lean meat, fish, whole grains, and nuts is an excellent choice. Studies have shown that middle-aged women who followed this diet were roughly 40 percent more likely to live past the age of 70 without physical and mental issues.

If you’re the type of person who holds grudges and always complains about everything, you might want to change your attitude. A study by the Journal of the American Medical Association found that older people with a positive outlook on life were 44 percent more likely to recover from a disability than their negative peers.

It’s not surprising, then, that those who laugh more tend to be healthier. Laughter is associated with organ stimulation – it results in enhanced oxygen intake, increased endorphin release, and other benefits – stress reduction, an improved immune system, and pain relief, as it helps produce more natural painkillers, among other health perks. So, when people say “laughter is the best medicine,” they’re telling the truth!

Many people tend to dismiss meditation. But this quick judgment couldn’t be further from the truth. More and more people are adopting meditation into their lifestyles as it can make them more focused and relaxed.

You only need to practice for 15 minutes every day to start reaping meditation’s benefits. It’ll help you reduce negative emotions, increase your creativity, and turn you into a more patient and tolerant person. Some research also suggests that meditation improves conditions such as asthma, high blood pressure, and depression.

Are you old enough to remember the 1999 spoken word song by Baz Luhrmann "Everybody's Free (To Wear Sunscreen)"? This inspirational song is proof that people have long been aware of the benefits of protecting your skin against harmful sun rays.

While some exposure to the sun is essential for the production of vitamin D, don't overdo it. UV rays can cause cancer and accelerate skin aging. However, a study funded by the National Health and Medical Research Council of Australia found that daily use of sunscreen can reduce aging by as much as 24 percent.

It goes without saying that binge-watching Netflix every day isn't good for your health. But you also don’t need exercise for hours to enjoy the benefits. High-intensity interval training (short bursts of intense exercise) has been gaining traction in recent years as people can get healthier without spending ages in the gym.

In fact, even if you walk for just over 21 minutes every day, you can reduce the risks of high blood pressure by roughly 29 percent. Unsurprisingly, exercising is good for your brain too. According to a study published in the Journal of Frontiers in Aging Neuroscience, physical activity strengthens the hippocampus and decreases the risk of dementia by as much as 25 percent.

Take Care of Your Mind

In the same way you should take care of your body, you need to care for your mind. Much like a muscle, if you stop using it, it’ll eventually atrophy. Your cognitive functions and memory might be impaired. Activities such as singing, dancing, and writing, among others, are ideal to keep your mind busy.

A study sponsored by the National Endowment for the Arts (Creativity and Aging Study) found that senior citizens who engaged in an art program were aging slower than their counterparts. The group had fewer falls, needed less medication, and didn’t visit the doctors as much as before.

While older people naturally enjoy a less active life, it’s imperative that they keep connected to friends and family. Researchers from Brigham Young University analyzed 70 different studies about loneliness and concluded that those living in isolation have a 30 percent higher chance of dying than people with strong social ties.

Furthermore, there’s evidence to suggest that even people with bad habits such as smoking or lack of exercise, but with close friendships, tend to live longer than their healthy peers. And according to a study published in the New England Journal of Medicine, older people who suffered heart attacks were more likely to live another three years if they keep strong connections to others.

The National Sleep Foundation states that elderly people should sleep between seven and nine hours every night. If you’re not getting that much sleep, there’s a possibility you may be harming your body. Researchers found that people who sleep fewer than six hours per night were more likely to develop high blood pressure, diabetes, and high cholesterol.

However, if you truly can’t sleep a lot, don’t worry. Another study by Saarland University discovered that a 45-to-60-minute nap during the day can increase memory retention five-fold.

If you enjoy your work and find it fulfilling, there’s no reason to stop doing it when you reach the average retirement age. Work can keep the mind busy and strengthen social ties. Older adults who carry on working tend to enjoy a 25 percent increase in the size of their social network.

Alternatively, the social networks of those who retire are more likely to shrink considerably in the following five years. However, there are other ways to work that don’t involve paid employment. Researchers found that seniors who volunteer with children tend to be healthier and gave better cognitive functions.

Taking part in any activity can be good for you, especially those that involve socializing and moving around. Old people who attended dancing classes three times a week showed marked improvement in memory and speed processing.

If you’re into energetic activities, yoga could be an easy alternative. One study found that seniors who did yoga for one hour per week, which included breathing exercises and amusing poses, were more focused, less likely to be depressed, and increased visuospatial memory.

Stress can be extremely harmful to your life. It's known to be associated with issues like anxiety, digestive problems, heart disease, and memory and concentration impairment. The best course of action would be to eliminate stress altogether, but it’s not always that easy.

Another option is to learn ways to better manage stress. As mentioned before, maintaining a positive attitude and practicing meditation can do wonders when it comes to relaxing the mind. Another option is getting regular massages or just going for walk to cool down a bit. If everything fails, there’s no shame in seeking professional counseling. 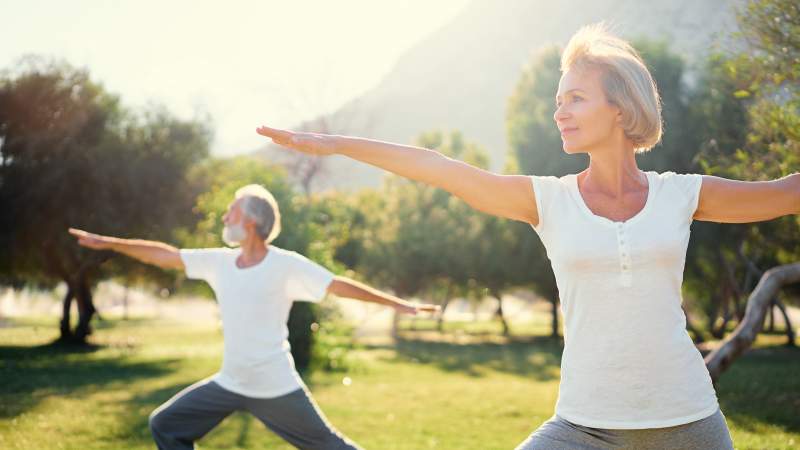 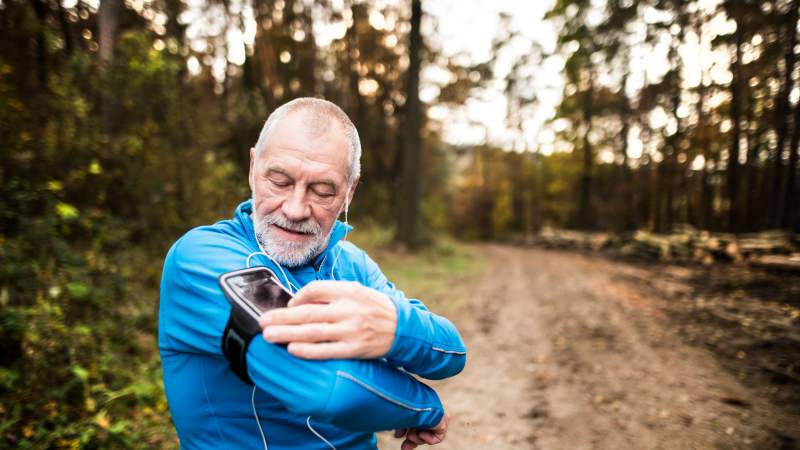 Your fitness doesn’t have to go downhill as you get older. In fact, technology can make it easier for seniors to live a healthy lifestyle. Apps on your smartphone can be your virtual best… 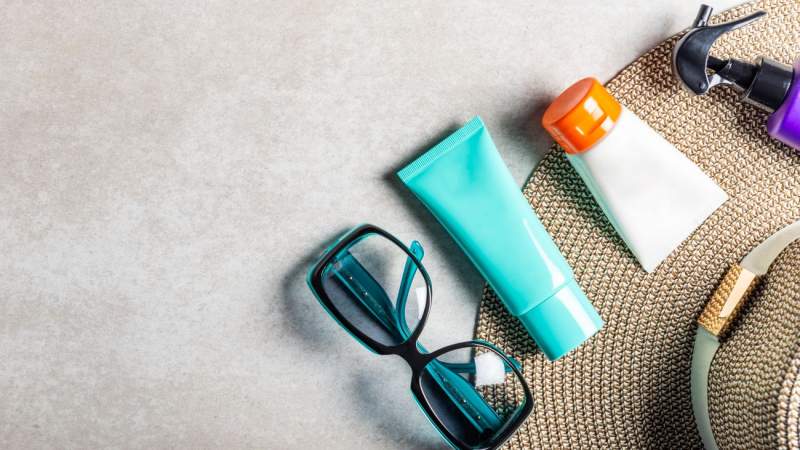 Top 11 Products That Will Protect Your Skin This Summer

Skin protection is never more important than in the summer. Tanning, swimming, and enjoying the sun feels amazing, but all of that UV radiation is what causes 99 percent of all cases of… 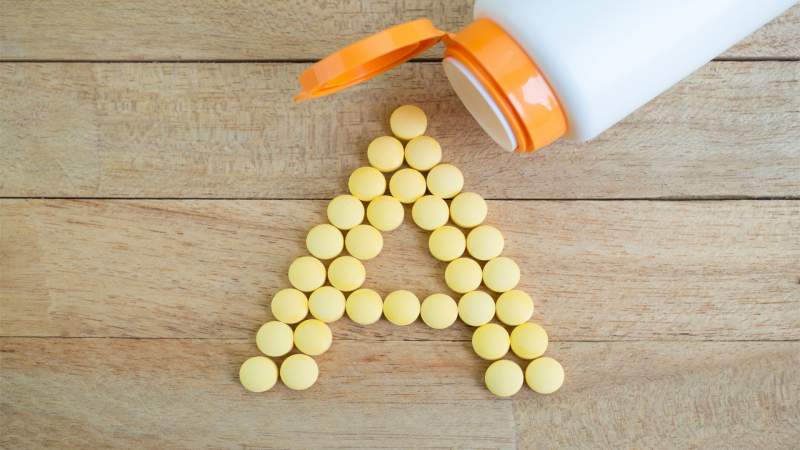 Why You Should be Using Retinoids

Between the sun, pollution, chemicals, and free radicals, our skin gets exposed to a lot over the years, and as we age it can start to show signs of wear. A good skincare routine can help…