Everything You Need to Know About Pancreatic Cancer

The pancreas is an abdominal organ located just behind the lower part of the stomach, which consists of a head, neck, body, and tail. It releases enzymes that aid digestion and hormones that help manage your blood sugar.

Jaundice — yellowing of the skin and whites of the eyes — is often a telltale sign of pancreatic cancer. It is caused when the cancerous tumor blocks the common bile duct, which releases bile into the intestine to help us digest food. Jaundice may be accompanied by itching, dark urine, and light-colored stools.

Other signs and symptoms of pancreatic cancer may include:

Risk factors that can be changed include:

Risk factors that cannot be changed include:

Measuring levels of carbohydrate antigen 19-9 may be useful in monitoring disease activity and response to treatment. Unfortunately, it is not a suitable screening test for pancreatic cancer, as it has high rates of falsely positive tests.

Most clinicians agree that there is no way to prevent pancreatic cancer. However, low-dose aspirin has been the most promising preventative agent. It has shown to significantly reduce the risk of pancreatic cancer in a dose-dependent manner.

These measures may reduce your risk of developing pancreatic cancer but not necessarily prevent it.

If you develop any signs and symptoms — especially jaundice as this is an abnormal occurrence in any adult — you should see your doctor for an investigation. As signs and symptoms of pancreatic cancer often do not appear until the later stages of the disease, that visit to your doctor should not be delayed. Early detection gives those diagnosed with pancreatic cancer the best possible chances for survival.

Although pancreatic cancer is not preventable, your doctor will be able to discuss strategies that have the potential to dramatically decrease your risk.

Your doctor will start by taking a medical history. This delves into your symptoms by pinpointing location, onset, duration, and exacerbating/relieving factors. After this process, a physical examination looking for any signs of pancreatic cancer will be carried out. Lastly, your blood may be drawn for testing to reveal any abnormalities.

Based on these variables, your doctor may choose one or more imaging studies to verify the presence of a tumor in your pancreas. They may choose an ultrasound, computed tomography scan, magnetic resonance imaging, and/or positron emission tomography scan.

If there is indeed a tumor in your pancreas, a biopsy will be needed to obtain a definitive diagnosis of pancreatic cancer. Biopsies may be completed using different techniques, which are determined on a case-by-case basis. The most used method for biopsy is fine-needle aspiration. This is where your doctor inserts a needle through the skin, into the abdomen, and ending up in the diseased portion of the pancreas. Other methods that allow for the completion of biopsies include endoscopic retrograde cholangiopancreatography, endoscopic ultrasound, and laparoscopy.

Pancreatic adenocarcinoma is the most common exocrine pancreatic cancer. It accounts for 95 percent of cases.

Other less common types of exocrine pancreatic cancers include:

Endocrine pancreatic cancers are rare. They are categorized by the type of hormone they produce. These categories are:

After the definitive diagnosis of pancreatic cancer, your doctor will want to assign a stage to your cancer. Staging your cancer provides important information as to the extent of cancer in your body and its anticipated response to treatment. In general, the higher the stage is, the more advanced the cancer. The more advanced the cancer is, the less responsive it will be to treatment.

Pancreatic cancer has the following stages:

The staging of pancreatic cancer is important because your stage can be used to convey survival statistics or prognosis.

The following are five-year survival rates for certain categories of pancreatic cancer:

It is important to keep in mind that these five-year survival rates are by no means clear cut. They only apply to the stage of cancer at first diagnosis. As such, they do not take other factors — such as age, overall health, the response of cancer to treatment, and tumor grade — into consideration.

Lastly, if you have been recently diagnosed with pancreatic cancer, your prognosis may be better since these survival rates were obtained five years earlier. Your doctor is better equipped to discuss the nuances of the prognosis of your particular pancreatic cancer.

As pancreatic cancer progresses, it can lead to complications through several mechanisms. This includes:

The following may be complications of pancreatic cancer:

Other potential complications of pancreatic cancer are:

Even though pancreatic cancer is usually diagnosed at an advanced stage, it is a treatable disease. The treatment of pancreatic cancer is highly influenced by the stage of cancer, but not totally dependent. Despite the absence of screening recommendations, early detection is key to provide the best chances of survival.

If pancreatic cancer is confined to the pancreas, surgery may be an option. Depending on the location of the cancerous tumor, there are several surgical options for the removal of the diseased portion of the pancreas.

If the tumor is located in the head and/or neck of the pancreas, the Whipple procedure, or pancreaticoduodenectomy, is the surgical procedure of choice. It can be performed through open surgery, laparoscopic surgery, or robotic surgery. In this complex surgical procedure, the head of the pancreas, duodenum, gallbladder, and lower portion of the bile duct are removed. There is also a modified Whipple procedure. It removes a portion of the stomach in addition to those structures discussed previously.

Other complications from the surgical treatment of pancreatic cancer may include

Surgery may be unacceptable for individuals with advanced-stage pancreatic cancer. In this case, chemotherapy may be a therapeutic option to control the growth of cancer cells and prolong survival.

Common side effects of chemotherapy include:

The most common early side effects of radiation therapy are fatigue and skin problems. Other side effects may include hair loss, nausea and vomiting, and diarrhea.

Targeted therapy is relatively new in the treatment of pancreatic cancer. It uses drugs or other substances to specifically target cancer cells and destroy them. These drugs are designed not to harm normal cells and work in a different manner than standard chemotherapy drugs.

One such example of targeted therapy is erlotinib (Tarceva). It has been helpful in some individuals with advanced pancreatic cancer. Erlotinib is taken by mouth as a pill and often combined with the chemotherapeutic agent gemcitabine. Common side effects of erlotinib include:

If you have or had pancreatic cancer, you may be interested in measures you can take right now to slow the growth of your cancer or reduce the risk of its recurrence.

If you are a smoker, it is imperative to quit. If you need help with smoking cessation, your doctor may be able to prescribe medications, such as bupropion (Zyban) or varenicline (Chantix).

If you are able, regular exercise should be an important part of your cancer treatment plan. Regular exercise is at least 30 minutes per day on most days of the week.

In addition to regular exercise, proper nutrition in the form of a well-balanced diet is beneficial.

Since the diagnosis of such an illness can be devastating, seeking emotional support is important.

Take the time to develop a support network. You will certainly need someone to talk to about your disease. It may also be a good idea to connect with others whether through online or in-person support groups.

Why Is Pancreatic Cancer So Lethal?

At nine percent, pancreatic cancer has one of the lowest overall five-year survival rates of any cancer.

It is often diagnosed at an advanced stage. In fact, 85 percent of pancreatic cancers already have spread to other parts of the body when diagnosed. This makes a surgical cure impossible.

Is There a Connection Between Breast and Ovarian Cancer and Pancreatic Cancer?

Yes, BRCA gene mutations — which are associated with breast and ovarian cancer syndromes — doubles your lifetime risk of developing pancreatic cancer. In fact, five percent of individuals with pancreatic cancer have this type of mutation.

Is There a Connection Between Pancreatitis and Pancreatic Cancer?

Can Pancreatic Cancer Be Cured?

Yes, pancreatic cancer can be cured with surgery, chemotherapy, radiation therapy, and/or targeted therapy. This is especially true if detected early and confined to the pancreas.

Can I Live Without a Pancreas?

Yes, you can live without a pancreas. However, you will most likely develop diabetes. As a result, you will have to inject insulin daily and undergo pancreatic enzyme replacement therapy.

Since patients typically have no symptoms until advanced stages of the disease, pancreatic cancer is extremely difficult to diagnose and treat. Although pancreatic cancer is a relatively rare malignancy and survival rates have been improving over the years, it is still considered largely incurable.

If you develop possible symptoms of pancreatic cancer or have risk factors that increase your risk of developing the disease, it is imperative to schedule an evaluation with your doctor. After all, there is proof that early diagnosis and treatment of pancreatic cancer provide the best outcomes for patients. 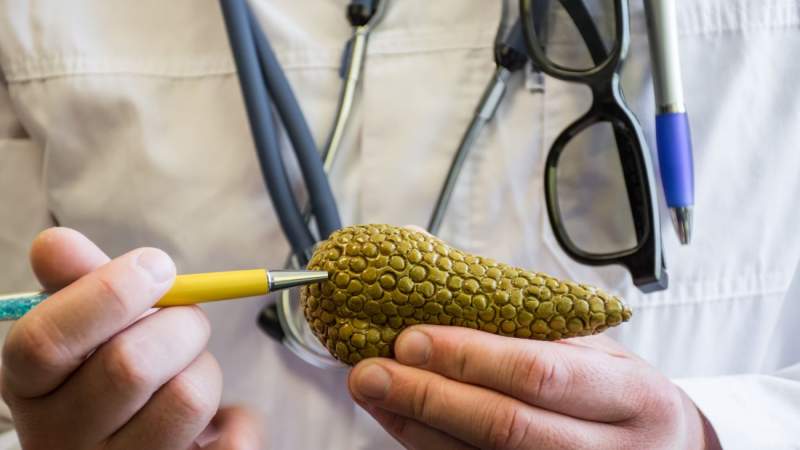