Cancer is one of the most concerning diseases right now. There are more than 100 different types of cancer a person can be diagnosed with, and over 1.7 million new cases of cancer are diagnosed annually. That means the risk is high for absolutely everyone.

And some cancers, like lymphoma, don’t get much attention or awareness. Yet lymphoma is an equally concerning type of cancer – it affects the lymphatic system, or the body’s immune system. More importantly, lymphoma can affect organs throughout the entire body.

That’s why it’s important to know the facts about lymphoma. This type of cancer is prevalent, but it’s also highly treatable. And if you’re informed about lymphoma, you’ll be better able to face the disease should it happen to you.

Here are five facts about lymphoma that everyone should know.

1. Doctors Don’t Know What Causes Lymphoma – But They Do Know Its Risk Factors

Like many other types of cancer, the exact cause of lymphoma isn’t well-known. Doctors and scientists are still researching to learn more about what might cause lymphoma and what factors can influence its growth.

However, doctors do know that certain factors put individuals at a higher risk for developing lymphoma. And you should be aware of these risk factors so you know if you might be more at risk for this type of cancer.

You may be at an increased risk for lymphoma if you’re affected by any of the following:

These risk factors are something to discuss with your doctor, especially if you’re worried that you may have a higher chance of developing lymphoma.

One of the trickiest aspects of lymphoma is its symptoms. While this cancer does present concerning symptoms, those symptoms often don’t begin to appear until the disease has progressed. In its earliest stages, it can be impossible to detect.

Early-stage lymphoma doesn’t always cause symptoms – you might actually experience no noticeable changes in your health. However, even if you aren’t experiencing symptoms, your doctor may be able to detect subtle symptoms like enlarged lymph nodes.

That’s why it’s important to know what lymphoma looks like when symptoms begin. You might experience any of the following:

These lymphoma symptoms can easily be signs of other health concerns or conditions. And they can also be overlooked or brushed off as nothing more than a temporary problem. Make sure to talk with your doctor about any changes to ensure you aren’t missing anything that could point to lymphoma.

3. Special Diagnostic Testing is Need to Find the Disease

If you begin experiencing symptoms that might be lymphoma, your doctor will require special testing in order to figure out what’s happening. These tests are designed to rule out other health concerns and determine what is causing your symptoms.

So, in order to figure out if lymphoma is what you’re dealing with, your doctor will require a few different diagnostic tests. Your doctor might use the following tests to diagnose or determine the stage of lymphoma:

With the results of diagnostic tests like these, your doctor will be able to confirm that lymphoma is present or rule it out completely.

4. There Are Many Different Types of Lymphoma

If you are diagnosed with lymphoma, your doctor will also let you know which type of lymphoma you have. While it might seem like that lymphoma is one type of cancer, the truth is that there are many different types of this disease.

There are many different kinds of both non-Hodgkin’s and Hodgkin’s lymphoma. During diagnostic testing, your doctor will narrow down the types to determine more specifics about the type of lymphoma you’re dealing with.

5. Lymphoma is a Highly Curable Cancer

If you’re diagnosed with lymphoma, it’s important to know that this type of cancer is considered highly curable. This means that the prognosis for individuals with lymphoma is good – survival rates are quite high.

When you’re living with lymphoma, your doctors will put together a treatment plan that’s based on your cancer’s type, stage, and speed of growth. That treatment plan can include any of the following treatments, all of which are commonly used for lymphoma:

Overall, treating lymphoma will differ based on what’s happening inside your body. It’s important to speak with your doctor, whether you’re worried about your risk of lymphoma or are currently living with the condition. Staying on top of your health and paying close attention to any changes within your body can help you catch things like cancer – and lymphoma – early on. 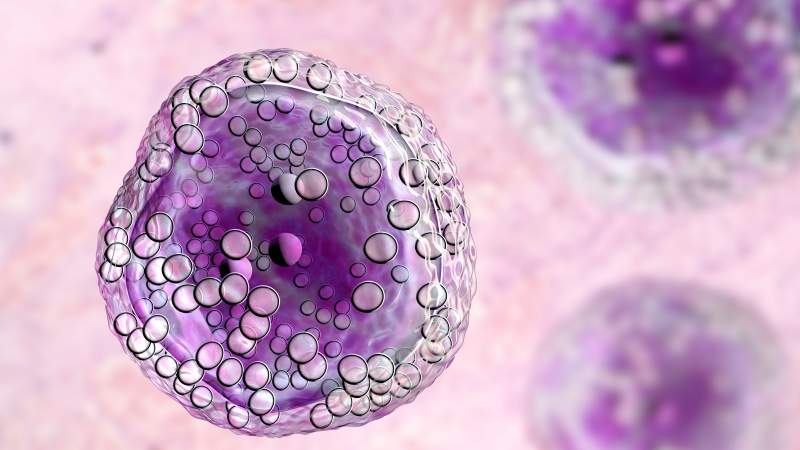