What Alcohol is Doing to Your Body

Evidence shows that humans have been drinking alcohol since as early as 10,000 BC and the trend doesn’t seem to be stopping. Considering alcohol can be produced from pretty much anything, there’s no surprise it’s consumed all over the world — bar a few countries due to religious restrictions.

While drinking is often associated with boosted confidence, decreased anxiety, and general euphoria when consumed moderately, the reality is that binge drinking is quickly becoming a worldwide issue. Health problems linked to frequent drinking include heart damage, infertility, blackouts, and dependency.

Consequently, more and more people are joining movements such as “Go Sober for October” to decrease their consumption or simply go teetotal. Carry on reading if you’d like to know more about the benefits of living an alcohol-free life.

Have you noticed that just after a couple of drinks you feel like going to the toilet? The reason for it is that alcohol is a diuretic. This means that it increases the production of urine. The continuous loss of liquids dehydrates your body and badly affects your skin.

Studies show that alcohol can lower the levels of collagen, which is the protein connecting skin cells. If broken, it can make the skin look saggy. Plus, alcohol can cause tissue inflammation, which reduces the lifespan of cells.

More Money in the Bank

One of the immediate benefits you can see when you stop drinking is how much more money is left in your bank. One drink alone may not cost too much. However, if you take into consideration how many times you drink a week and the number of drinks you have each time, the cost can be staggering.

In fact, the National Institute of Health created a calculator just for that. If you just have two $4 drinks a week, you’ll have spent over $400 by the end of the year. Imagine what you could use that money for?

Connection with Other People

Alcoholism is a form of escapism, which unfortunately can lead to isolation. It’s a constant battle of craving human connections but feeling ashamed for the drinking. In turn, finding safety in alcohol to avoid stressful emotions.

Alcoholics often fail to see that their friends and family want to connect with them, but the booze is in the way. When you stop drinking, you slowly start mending broken relationships. From there, you realize people can be a lot more forgiving than you thought.

If that proves too difficult, you can always join groups like Alcoholics Anonymous, which promotes the connection between members.

One potential benefit for those who stop drinking is having better sleeping habits. In fact, around 20 percent of Americans have a drink to help them relax before going to bed. Although they fall asleep faster, the quality of the sleep is extremely poor.

Therefore, you take too long to enter REM sleep or sometimes don’t enter at all. This, in turn, blocks restorative sleep, so you don’t feel fully rested.

Have you noticed that at the end of a night out or during the morning hangover you start craving the greasiest foods like pizzas or burgers? That’s because you’re having a sugar comedown after so much alcohol. In fact, alcohol has seven calories per gram — coming only after fat as the most calorie-rich nutrient.

One study published in Obesity concluded that alcohol can increase overeating as it heightens the senses. In fact, people who received an infusion of alcohol ate 30 percent more food than those who were given a saline solution.

While moderate drinking can indeed improve one’s health, binge drinking can have devastating effects. It’s estimated that 610,000 Americans die of heart disease per year. One of the main causes is heavy drinking, which is more than 14 drinks a week.

The main issue is that the high-calorie content associated with alcohol. This can lead to triglycerides and increases in the levels of cholesterol.

As a result, heavy drinkers may suffer from:

Not many people realize how much time they spend drinking and, consequently, tending to their hangovers. When you stop to add it up, you could potentially be wasting six to nine hours a week on drinking events and their aftermath.

What could you do with that extra free time? Many people struggle to reach their goals or start new hobbies because they don’t have enough time for it. However, the answer could be to just take alcohol out of the picture. All of a sudden, you could take up fishing, painting, learning a new language, or whatever you fancy.

Many heavy drinkers tend to suffer from blackouts. This is where they wake up the next day with no recollection of the previous night. The problem is that continuous alcohol abuse can lead to permanent problems in the brain and impair its functions.

Studies show that excessive alcohol drinking can increase the risk of dementia and even cause brain atrophy. So, if you’ve been forgetful lately or having difficulties focusing, quitting alcohol will likely boost your productivity and help you concentrate.

The liver is an important organ in the human body. It creates proteins, produces bile, and detoxifies chemicals. Basically, the liver is a massive filter. However, when someone drinks too much alcohol, it struggles to work properly as it has to work hard to process it.

The most common disease arising from frequent alcohol consumption is a fat liver. This is where fat cells accumulate inside the liver cells. However, heavy drinkers may cause liver inflammation. This kills liver cells, which are then replaced by scar tissue. This condition is called cirrhosis and it’s irreversible.

Most women go through menopause in their 40s, which is the time when they no longer have periods and become infertile. It’s caused because the body slowly stops producing reproductive hormones — particularly estrogen.

A study published in the Annals of Human Biology determined that daily consumption of alcohol can considerably increase the risk of night sweats and hot flashes. So, if you’re already dealing with mood swings, insomnia, and decreased sex drive, quitting alcohol might ease a little of the menopause process.

Find Out Who True Friends Are

It’s important to remember that the friends you go partying with on a booze-filled night out, are not necessarily the ones who will be there when you most need them. The moment you decide to stop or reduce your drinking habits, many of these party buddies might disappear in a second.

However, that’s not a bad thing. Your true friends are the ones who will support your decision and be by your side when you struggle with the obstacles. Eventually, you’ll realize that while partying is cool, there are a lot of other healthy ways to have fun with your friends. 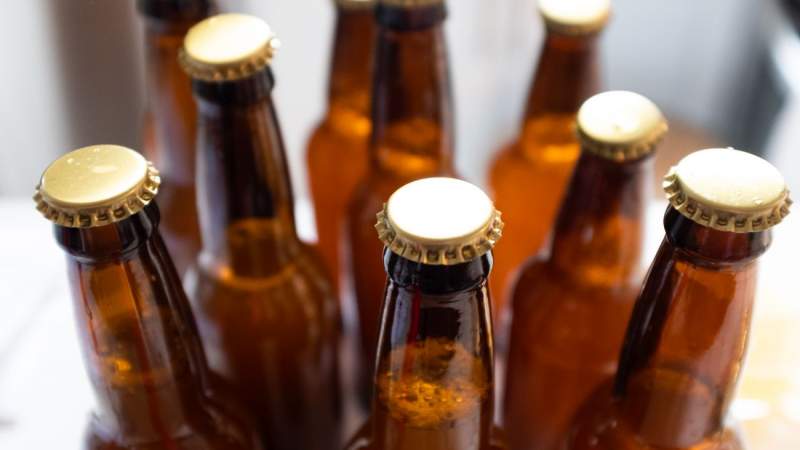