Do You Know the Early Signs of Ovarian Cancer?

Cancer is one of the deadliest diseases you can be diagnosed with. But if you’re a woman, there’s one particular type of cancer that you need to be aware of: ovarian cancer. Ovarian cancer can affect any woman, at any age – which is why every woman should know its signs and symptoms.

Ovarian cancer is the fifth leading cause of cancer deaths, and it most often affects women age 35 and older. More than 14,240 women die from ovarian cancer each year. And unfortunately, this type of cancer is incredibly difficult to catch early.

That’s why it’s so important that all women understand the facts about ovarian cancer. What are its earliest signs and symptoms? How can it be treated? Here are those facts.

The First Symptoms of Ovarian Cancer

Ovarian cancer begins in a woman’s ovaries. Like all types of cancer, obvious physical symptoms aren’t often the first sign that something’s wrong within your body.

In fact, ovarian cancer often goes completely unnoticed until it’s spread to other parts of the body. The early stages of ovarian cancer rarely cause any symptoms – and that makes it very difficult to detect.

When symptoms do begin to appear, they can be more subtle than you might expect. They might even seem like other common, less dangerous conditions. Keep an eye out for these signs of ovarian cancer:

If you notice any of these potential symptoms – or if you’re concerned about changes in your health – make an appointment with your doctor. It’s important to pinpoint the cause of any changes, whether your doctor rules out ovarian cancer or requires additional screenings.

Factors That May Increase Your Risk

If you’re worried about developing ovarian cancer, it’s a smart idea to understand how much you’re at risk. While doctors and scientists haven’t pinpointed the exact cause of ovarian cancer, they have been able to identify certain risk factors that can make you more likely to develop the disease.

The following are individual factors that can increase your risk for ovarian cancer:

If you’re concerned about any of these risk factors, talk to your doctor. They will be able to recommend potential testing or screening that can offer more insight into your risk. And they can also ensure you’re getting the screenings you need to detect ovarian cancer early, if you’re more at risk.

Ovarian cancer is a difficult disease to detect. Symptoms are rare in its earliest stages, which means women are often unaware that the cancer is already present and growing. Most women are actually diagnosed with advanced-stage ovarian cancer – meaning the cancer is stage III or stage IV when it’s finally discovered.

Even if you’re seeing your doctor regularly for checkups, ovarian cancer may not be detected. Typically, this type of cancer can’t be found during a routine pelvic exam. It requires additional screening to find.

Doctors can screen for and detect ovarian cancer using the following methods:

Treating ovarian cancer is critical to surviving this disease. And it’s especially important if your cancer is found in later stages.

In either situation, it’s crucial that you work with your doctor. Make sure to discuss any changes to your health. Ask about your risk factors and any screenings you might need. Doing so could make the difference for your prognosis – and it could help you catch cancer as soon as possible. 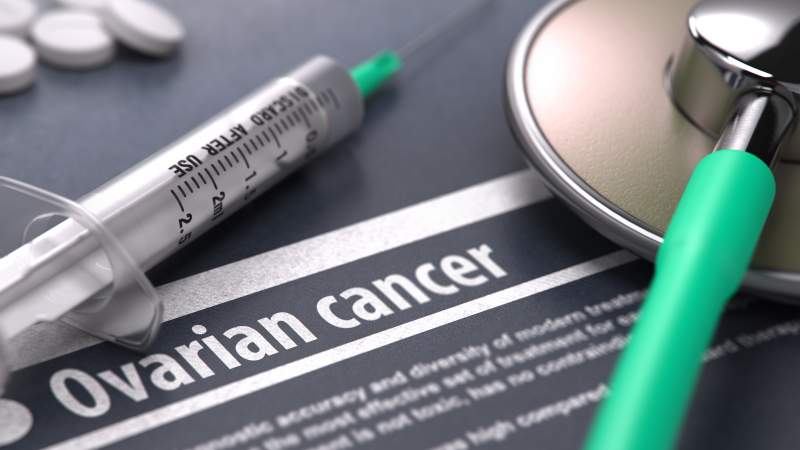