What is Cystic Fibrosis?

Cystic fibrosis is a genetic disease – and it’s one that can lead to a lifetime of health woes. This disease causes a buildup of mucus in the lungs, pancreas, and digestive system, along with other organs. It can lead to severe respiratory problems, diabetes, osteoporosis, and male infertility.

Cystic fibrosis affects around 30,000 adults and children in the U.S. and roughly 70,000 worldwide. It’s most common in Caucasian people of Northern Europe heritage (one in 3,000 newborns), but also occurs in all races. If you’re wondering what cystic fibrosis is and how it affects the body, here are a few facts about the disease.

Symptoms and Causes of Cystic Fibrosis

Cystic fibrosis is a disease that’s caused by a mutation in the cystic fibrosis transmembrane conductance regulator (CFTR) gene. That specific gene is responsible for the secretion of fluids, like sweat, mucus, digestive fluids.

And when that gene is mutated, it affects the secretion and texture of bodily fluids. So, instead of being slippery and thin, mucus becomes thick and sticky, which clogs the airways, ducts, and tubes of the body.

Symptoms in children normally include very salty-tasting skin, which parents usually notice when kissing their kids, regular chest infections such as pneumonia or bronchitis, respiratory issues including wheezing, persistent coughing, and shortness of breath.

Adults tend to experience symptoms that include an inflamed pancreas, nasal polyps, and signs of infertility, particularly in men due to the congenital absence of the vas deferens.

Cystic fibrosis presents its symptoms differently in people of different ages. And there are a few different types of diagnostic tests that are used to determine whether or not you’re living with this disease.

Newborn screening (NBS) is used to figure out if a baby has cystic fibrosis. It uses the heel prick test, which involves taking a few drops of blood when the infant is a few days old, and checking for high levels of immunoreactive trypsinogen (IRT), a chemical released by the pancreas.

Most, if not all, newborns are screened in the U.S. because early diagnosis means that the infant can start treatment faster. However, as premature babies and stressful deliveries can also result in high levels of IRT, it’s not uncommon for doctors to ask for the sweat test, which is explained below.

The sweat test is usually done as a follow up to the NBS, when the infant is able to produce sweat (about two weeks old) to confirm the CF diagnosis. It’s also used for adults who are presenting the symptoms of CF, and it’s considered the best method for diagnosing CF.

The test involves measuring the amount of chloride (part of salt) in a person’s sweat. Those with CF have difficulties transporting salt across the membranes of cells, resulting in high concentrations. The sweat collection takes no more than five minutes, and the results are ready in about one hour.

If a person has a history of CF in their family and is considering a pregnancy, then a carrier test is essential. This test will ascertain if they have the mutated CFTR gene. If both parents are carriers, there’s a 25 percent chance the child will have CF; if one parent is a carrier and the other has CF, there’s a 50 percent chance.

The test takes cells from a person’s blood or saliva and checks the genetic material (DNA).

While cystic fibrosis is an incurable disease, there are many treatments that control the symptoms. Treating cystic fibrosis and its symptoms can help individuals live more fulfilling lives.

The following are some of the most common ways cystic fibrosis is treated.

Doctors may prescribe a range of medications to alleviate CF symptoms. Options include the use of antibiotics to treat persistent chest infections or mucus thinners such as mucolytics or dornase alfa to thin the mucus.

It’s also possible to use bronchodilators, which relax the muscles and widen the airways.

Airway Clearance Techniques (ACT) are a series of different exercises that help loosen the mucus and keep the lungs clear. As people have different lungs and respond to treatments in a different manner, it’s important to find the technique or combinations of techniques that works best for you. The following are often used:

Another option available for CF sufferers is participating in clinical trials. There are always new research opportunities, but a common problem is the difficulty in finding subjects due to the small pool of patients, which can delay the development of new treatments.

Surgery and Other Procedures

When cystic fibrosis is severe, you may need surgery or procedures such as endoscopic lavage (suction of mucus), a feeding tube (helping with nutrition while you sleep), or oxygen therapy.

Bowel surgery is required when there’s extreme blockage. In some extreme cases, a patient may need lung transplantation. It’s important to weigh the pros and cons of such an invasive procedure.

Due to its debilitating nature, different medications and medical procedures can only help cystic fibrosis to a certain extent. Many cystic fibrosis sufferers need to also live a healthy lifestyle, following appropriate nutrition and exercising regularly.

Cystic Fibrosis Doesn’t Have to Stop Your Life

If you’re living with cystic fibrosis, it’s important to realize that this disease doesn’t have to ruin your quality of life. There are a number of challenges that come with this condition – but with diagnosis and detection, treatment and care, you can live a comfortable and full life.

Additionally, there’s always the possibility of clinical trials and medical research uncovering something new. That’s why it’s a smart idea to connect with your doctor regularly to see if there are any new options or treatments for cystic fibrosis. 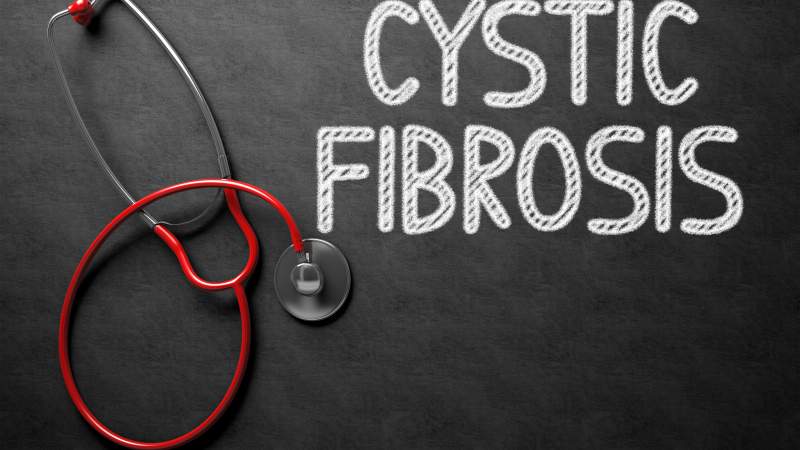