Though many are familiar with the term, the treatments, symptoms, and risk factors of glaucoma are out of most people’s purview. Though out of sight and out of mind, you certainly aren’t out of the woods.

Here are the facts. Glaucoma affects nearly 2.1 percent of American men and women, making it the second leading cause of blindness. Plus, it is a significant source of morbidity and disability in the United States.

According to Mayo Clinic, glaucoma is a group of eye conditions that target and damage the optic nerve. In many cases, this damage is caused by an abnormal increase in eye pressure.

Yes, glaucoma can cause blindness. More than that, the vision loss caused by glaucoma can’t be recovered. While there are many treatment options that can lower the eye pressure and preserve the eyesight that the patient still has, there is no cure. Also, a glaucoma sufferer will likely require continuous treatment for the rest of their life.

There are various types of glaucoma known to the medical community.

The most common type, open-angle glaucoma, accounts for roughly 90 percent of all cases and is caused by the slow clogging of drainage canals. This leads to a gradual increase in eye-pressure and symptoms that are hard to perceive.

Angle-closure glaucoma is typified by a sudden rise in intraocular pressure. It develops very quickly and demands immediate medical intervention.

Other, less common types include:

Glaucoma symptoms can vary quite substantially depending on the type.

Open-angle glaucoma, which comes on slowly, may not present any symptoms at all. Though, the first sign of it is often the loss of the patient’s peripheral vision.

As previously mentioned, angle-closure glaucoma comes on fast. It is often associated with:

The many other forms of glaucoma are often associated with irritation around bright lights and perceiving halos around lights.

Just like with the symptoms discussed earlier, risk factors for glaucoma vary depending on the type.

The risk factors for angle-closure glaucoma include:

Finally, the risk factors for normal-tension glaucoma include:

Though there is no outright cure for glaucoma, there are several different treatment options available to those looking to mitigate their symptoms and preserve their eyesight.

One of the more popular, eye drops is also one of the least invasive options. Glaucoma eye drops can vary widely depending on the severity of your condition and your responsiveness to previous treatments.

The active ingredient in glaucoma eye drops often include:

Additionally, how you administer your eyedrops can vary. As such, many insist that you lean on your doctor’s expertise to ensure maximal effectiveness.

If eye drops fail to reduce a patient’s eye pressure, their doctor may prescribe pills. Medications like Diamox and Neptazane are commonly used to ease eye pressure by slowing the production of fluid in your eyes.

Side effects of these medications may include:

Laser therapy is certainly more invasive than eye drops and oral medications, though admittedly more comfortable than surgery. It relies on a small laser beam to open clogged channels in the trabecular meshwork of the eye.

The results of laser therapy are gradual, though they are effective over time.

Filtering surgery involves your doctor creating an opening in the white of your eye to remove part of the trabecular meshwork.

MIGS is a catch-all term that is used to describe any glaucoma surgery that requires only small incisions, less recovery time, and causes less trauma to the eye.

If you happen to have a family history of glaucoma or you’re just looking to be proactive in the fight to protect your eyesight, there are several preventative actions that you can take.

Doctors recommend that you:

Regular, comprehensive eye exams are also essential, especially if you’re over the age of 40.

Remember, glaucoma symptoms can be invisible, so catching the development of the condition early could be the difference between sight and blindness. If you haven’t been to the eye doctor in a while, it may be time to make a phone call. 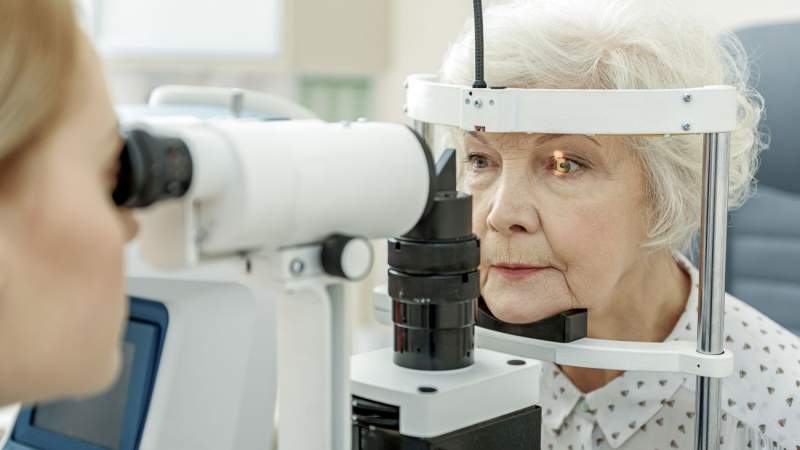