Everything You Need to Know About Multiple Sclerosis

Multiple sclerosis (MS) is a chronic, potentially progressive, disease of the central nervous system (CNS). The brain and spinal cord compose the CNS. It is considered a demyelinating disease, meaning that it destroys the myelin sheath that surrounds and protects nerve cells, or neurons.

The National MS Society estimates that close to one million Americans are living with the disease.

The first signs and symptoms of MS most commonly occur between the ages of 20 and 40. Because MS attacks the myelin sheath that protects neurons, it will eventually begin to disrupt the flow of nervous signals from your CNS to the rest of the body and vice versa. This disruption is what gives rise to the signs and symptoms of MS.

Take note that the signs and symptoms of MS may differ greatly from one person to another depending on the particular nerve that is being affected.

Some of the early common signs and symptoms of MS include:

Additional symptoms of MS may include:

Less common symptoms of MS may include:

Other Signs and Symptoms

There are a few other symptoms of MS deserve special mention.

One is Lhermitte’s sign. It is a brief shock-like sensation starting in the back of the neck and traveling down the spine into the arms and/or legs. The sign is most commonly triggered by bending the neck forward.

Another is the nerve disorder referred to as trigeminal neuralgia. Also known as tic douloureux, those affected experience excruciating facial pain that can be concentrated in the jaw.

The last notable symptom is referred to as the “MS hug.” Many describe it as a pressure-like sensation around the chest or abdomen.

No one really knows the exact cause of MS, but there are a host of possible risk factors. These risk factors are:

Currently, there are no medical guidelines that recommend routine screening for MS. Furthermore, the medical establishment has not yet discovered a way to prevent MS. However, you can decrease your risk of developing MS by:

Recently, there have been interesting studies that have given insight into possibilities for the prevention of MS, including:

If you have MS, damage to your CNS may occur even before the onset of any symptoms. If you are concerned that you may be experiencing the early symptoms of MS, you should make an appointment to see a doctor.

If you are diagnosed with MS, there are many treatments that have the potential to ease symptoms. Therefore, early diagnosis and treatment of MS is imperative, as it provides the best chances of slowing the progression of the disease and preventing disability.

Unfortunately, there is no single test or examination that can provide a definitive diagnosis of MS.

You will probably start the process in the office of your primary care doctor. They will review your medical history, perform a thorough physical examination (with particular attention to your nervous system), and possibly take some preliminary blood tests.

Based on these, your doctor may refer you to a neurologist, a doctor who specializes in diagnosing and treating diseases of the nervous system. Your neurologist will perform an in-depth examination of your nervous system and pose many questions in order to make the most accurate diagnosis, as there are diseases that mimic MS.

You may be asked the following questions by your neurologist:

After this, your neurologist will employ a variety of strategies to arrive at the correct diagnosis, including:

Now that you have a definitive diagnosis of MS, your neurologist will need to categorize the particular type of the disease that you are afflicted with. At present, there are a total of four types of MS that are clinically recognized.

CIS represents the first episode of CNS symptoms lasting more than 24 hours, which is followed by partial or complete recovery.

A brain MRI at this juncture is crucial, as it may or may not reveal lesions. If lesions are present, the National MS Society estimates that you have a high risk (60 to 80 percent) of developing full-blown MS at some time in the next few years. If no lesions are present on brain MRI, the estimate is that you have a low risk (approximately 20 percent) of developing full-blown MS in the next few years.

RRMS is the most common type of MS, representing 85 percent of all initial MS diagnoses. This type of MS is characterized by well-defined episodes consisting of new symptoms or an increase in pre-existing symptoms. They are followed by partial or complete recovery.

Furthermore, according to the National MS Society, “RRMS can be further characterized as either active (with relapses and/or evidence of new MRI activity) or not active, as well as worsening (a confirmed increase in disability over a specified period of time following a relapse) or not worsening.”

An SPMS diagnosis typically follows an initial diagnosis of RRMS. SPMS is characterized by a steady, gradual worsening of symptoms with or without relapses and remissions.

Prior to the approval of today’s MS treatments by the FDA, it was thought that individuals diagnosed with RRMS would progress to SPMS at some point in time. In fact, 50 percent within 10 years and 90 percent within 25 years.

In addition to being further characterized as either active or not active, SPMS can be considered “with progression (evidence of disease worsening on an objective measure of change over time, with or without relapses) or without progression.”

PPMS is not as common as other types of MS. In fact, it accounts for approximately 15 percent of cases.

PPMS is characterized by a gradual worsening of symptoms from the time of diagnosis, without clearly defined relapses or remissions. It’s not uncommon for patients to report the onset of symptoms to begin between the ages of 35 and 39.

Like SPMS, PPMS can be categorized as active, not active, with progression, or without progression.

As of 2013, progressive-relapsing MS (PRMS) was no longer considered a primary type of MS. At the time, it accounted for approximately five percent of cases. As a result, patients with a diagnosis of PRMS were reclassified as having PPMS.

Even with proper treatment and follow-up, you may be at risk for complications from MS.

Complications are issues resulting from the accumulation of damage as the disease progresses. In fact, many of the symptoms of MS can also be considered complications.

Some of the more common complications of MS that deserve mention include:

Although steroids are no longer used in the primary treatment of MS, they may have short-term and long-term complications. The complications that steroids cause for MS patients are:

MS patients are at an increased risk for the development of blood clots in the lower leg. Clinically referred to as venous thromboembolism (VTE), blood clots can be potentially life-threatening by giving rise to pulmonary embolism.

A recent study concluded that MS patients were 2.6 times more likely to develop VTE as compared with the general population.

Unfortunately, there is no cure for MS. If you have mild MS symptoms, you may choose not to take medications, as the benefits may outweigh the potential risks.

If you do choose treatment, the goals of management for MS include:

This can be accomplished through a combination of medicines and physical therapy (PT), occupational therapy (OT), and speech therapy.

The first-line treatment of MS consists of “disease-modifying” drugs that can be taken via the oral, injectable, and infusion routes.

Before taking any medication, make sure to discuss your options with your doctor. This will help you obtain a transparent view of your risks and benefits as they pertain to the management of your MS.

Oral medications for MS approved by the FDA include:

The oral medications may have side effects such as:

Injectable medications for MS include beta interferons and glatiramer acetate.

Out of the two, beta interferons are among the most widely used medications to treat MS. Examples of beta (β) interferons include interferon β-1a (Avonex, Rebif, and Plegridy) and interferon β-1b (Betaseron and Extavia).

Potential side effects of injectable medications may include:

Infusion medications for MS include:

There is a whole host of medications used to treat symptom-specific aspects of MS including:

As of late, there has been an increased interest in complementary and alternative medicine (CAM) therapies for MS. CAM therapies are considered non-conventional treatments, which are not regulated by the FDA.

It should be kept in mind that there is little scientific evidence for the efficacy of CAM therapies in the treatment of MS.

Living with MS is no walk in the park. It is both physically and emotionally taxing.

In an effort to cope with this chronic, potentially progressive disease, you will have to make some lifestyle changes. PT and OT may become an ever-present part of your life as you battle to regain or maintain function. In order to remain independent, you may have to significantly alter the design of your home.

Some lifestyle tips to help you in your fight are:

Today, the outlook for MS is quite bright. The progression of the disease differs from person to person. As such, most MS patients will not experience severe disability as a result of the disease.

Additionally, over the last few decades, research into MS has provided significant advancements in its treatment, yielding safer and more effective therapies. These advances have the potential to slow the progression of the disease and, in the future, perhaps even a cure may be realized. 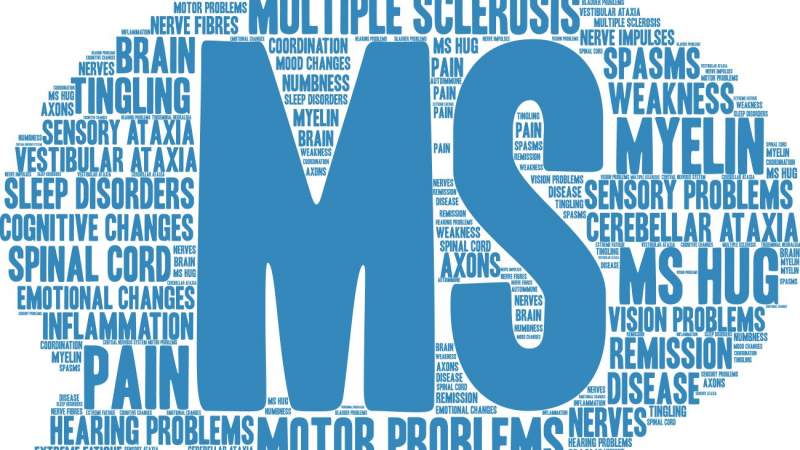