Crohn’s disease is a type of inflammatory bowel disease. Along with ulcerative colitis, it affects a little over three million Americans.

Crohn’s disease causes chronic inflammation of the gastrointestinal tract, anywhere from the mouth to the anus, although it predominantly affects the small and large intestines. The signs and symptoms of Crohn’s disease vary in intensity over the course of the disease, with symptoms consisting of abdominal pain, diarrhea, fatigue, weight loss, and fever, among others.

Currently, there is no known cure for Crohn’s disease. However, you can diminish its signs and symptoms or even cause them to completely go away with treatments such as medications, bowel rest, nutrition therapy, surgery, and even natural remedies.

There is a vast menu of common prescription medicines that can treat Crohn’s disease. These drugs have the potential to not only relieve the signs and symptoms but also can limit the potential complications of the disease.

These drugs may even sometimes induce remission of your Crohn’s disease. As a result, they have the potential to increase the quality of life of those battling the disease.

The classes of medication used in the management of Crohn’s disease are:

Common first-line treatments for Crohn’s disease include aminosalicylates and corticosteroids.

Aminosalicylates are derivatives of 5-aminosalicylate (5-ASA), including mesalamine (Asacol), sulfasalazine (Azulfidine), olsalazine (Dipentum), and balsalazide (Colazol). In a review of 20 studies, mesalamine and sulfasalazine were found to be inferior to corticosteroids with regard to the treatment of active Crohn’s disease.

Common side effects of aminosalicylates may include:

Corticosteroids, “steroids” for short, are very potent inhibitors of inflammation. They are most effective if you have moderately to severely active Crohn’s disease. Steroids commonly used in the treatment of Crohn’s include budesonide (Entocort EC), hydrocortisone (Cortef), methylprednisolone (Solu-Medrol), and prednisone (Deltasone).

It is best to use steroids in the short term — no more than three to four months — ideally for flares of the disease. They can be administered orally, rectally, or by injection.

Common side effects of steroids may include

Typically reserved for those unresponsive to aminosalicylates or corticosteroids, immunomodulators work by suppressing your immune system, which is thought to be the driver for the chronic inflammation of Crohn’s disease. Unlike these other two classes, immunomodulators have the potential to initiate and maintain remission of Crohn’s.

Their effects can take several weeks to three months to become apparent. A notable side effect of immunomodulators is an increased risk of infections.

Examples of immunomodulators are:

Biologic drugs are aptly named because they are genetically engineered to combat certain pro-inflammatory substances, such as tumor necrosis factor and integrin, in the human body. Like immunomodulators, they are typically reserved for cases of Crohn’s unresponsive to first-line agents.

Common side effects of this class of medication may include:

Antibiotics are typically reserved to treat the infectious complications of Crohn’s disease, including fistulas and abscesses. They also may be used to alter the types of bacteria in your gut, favoring the promotion of “good” bacteria over “bad” bacteria and decreasing inflammation.

The two most commonly prescribed antibiotics in the context of Crohn’s are ciprofloxacin (Cipro) and metronidazole (Flagyl). They may be used for durations of six weeks to six months and administered orally or intravenously.

Be careful of the side effects. Ciprofloxacin has recently been linked to an increased risk of inflammation of tendons and even tendon rupture. Metronidazole may have side effects such as nausea and vomiting, metallic taste in the mouth, and changes in the color of urine to dark or reddish-brown.

Other drugs used in the management of your Crohn’s disease may include:

Outside of acetaminophen, non-steroidal anti-inflammatory drugs, such as aspirin, ibuprofen (Advil, Motrin), and naproxen (Aleve), have the potential to worsen Crohn’s symptoms. Also, long-term use of loperamide is not recommended, as it may increase your risk for toxic megacolon.

If your Crohn’s disease is not responding as it should to common medicines, your gastroenterologist may recommend bowel rest. Bowel rest may be combined with other treatments, such as immunomodulators.

This technique gives your bowels a rest by drastically decreasing the active digestion and metabolism of food that you take in by mouth. That does not mean that you don’t get nutrition. In fact, it will be provided in liquid form in one of the two following methods:

Bowel rest and nutrition therapy has side effects. This includes an increased risk of infections and blood clots — especially with parenteral nutrition— and a risk of liver damage with long-term tube feeding. Due to the side effects, this treatment is used less often and as a last resort.

Despite treatment with common medicines and other types of therapies, you may need surgery for your Crohn’s disease and its complications. A study published in the American Journal of Gastroenterology estimated that 60 percent of Crohn’s patients had at least one surgery within 20 years of their diagnosis. You should keep in mind that surgery does not cure Crohn’s disease.

With that being said, possible surgeries for Crohn’s and its complications include:

Despite receiving the best treatment, you may still develop complications as part of your journey with Crohn’s disease. In addition to fistulas, abscesses, and strictures, complications of Crohn’s may include:

Oftentimes, Crohn’s patients will incorporate natural remedies from complementary and alternative medicine into their treatment regimens. This may include:

In conclusion, Crohn’s disease is not only a chronic and potentially debilitating disease but also an expensive disease, as it along with ulcerative colitis account for a financial burden of $14.6 to $31.6 billion annually in the United States. This underscores the need for competent management of this disease using evidence-based therapies and techniques to improve the quality of life of Crohn’s patients and decrease the overall financial burden of the disease. 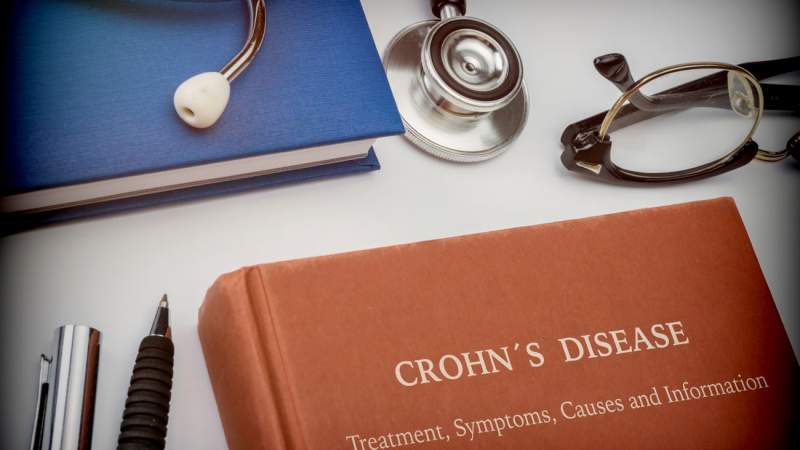