Crohn’s disease affects almost 780,000 Americans. It and ulcerative colitis are known as a group of diseases referred to as inflammatory bowel disease (IBD). Together, they affect approximately 1.3 percent — a little over three million — of the U.S. adult population. Furthermore, the Crohn’s & Colitis Foundation of America estimates the financial burden of IBD to be more than $31 billion per year in the U.S.

What Is Crohn’s Disease?

Crohn’s disease causes chronic, or long-term, inflammation of the gastrointestinal (GI) tract. Although Crohn’s disease can affect any portion of your GI tract from the mouth to the anus, it most commonly affects the small intestine and colon, or large intestine.

What Are the First Signs of Crohn’s Disease?

The most common first signs of Crohn’s disease are abdominal pain and diarrhea. These symptoms typically develop gradually and tend to wax and wane, with intensity from mild to severe.

It is not uncommon for diarrhea to have some degree of blood as well as mucus and/or pus. The abdominal pain is often dull and crampy in nature but can be sharp.

Other signs of the disease include fever, weight loss, and fatigue.

How Is Crohn’s Disease Diagnosed?

As Crohn’s disease has signs and symptoms similar to other GI diseases, you will most likely have to book a visit to a gastroenterologist for a diagnosis. The gastroenterologist will obtain an extensive medical history and perform a thorough physical examination, along with blood and stool tests.

Additionally, procedures such as colonoscopy with biopsy may be needed to provide a definitive diagnosis.

What Is the Life Expectancy of Someone with Crohn’s Disease?

As a result of advances in the diagnosis and treatment of Crohn’s disease, it is very unlikely that you will die from the disease. In other words, these advances allow individuals diagnosed with Crohn’s disease to live long lives.

Although the disease has no real effect on your life expectancy, it can lead to complications that can be severe or even fatal.

Currently, there is no cure for Crohn’s disease. But the good news is, this medical condition is rarely life-threatening.

There are many options in the armamentarium to allay the signs, symptoms, and complications of this chronic inflammatory disease. Some of these options may even result in remission, which is a total absence of symptoms.

Current options in the management of your Crohn’s include:

What Foods Should I Avoid?

Food cannot cause Crohn’s disease, but certain foods can definitely irritate your GI tract if you don’t pay attention to your diet.

Therefore, you should avoid or limit your intake of:

Additionally, your doctor may recommend a low-residue diet.

What Triggers a Crohn’s Flare-Up?

If you have Crohn’s disease, your symptoms will wax and wane. So, you should not be surprised when you have a flare-up of the disease. If you pay attention over time, you may be able to identify what sets off your flare-ups and avoid these triggers.

In addition to the dietary triggers discussed above, some other well-known triggers for Crohn’s include:

How Do You Treat a Crohn’s Flare-Up?

The first step in treating your Crohn’s flare-up is notifying your doctor. They will prescribe medications, such as steroids, antibiotics, and/or antidiarrheals, to ease your symptoms.

It’s also advised to avoid stressful situations and get plenty of rest. If diarrhea predominates, make sure you stay hydrated by drinking plenty of fluids and electrolytes. Lastly, adjust your diet and try to avoid any of the foods mentioned as triggers.

What Will Happen If Crohn’s Disease Is Left Untreated?

If your Crohn’s is left untreated, you will be at increased risk of developing complications. Potential complications of Crohn’s disease include:

These potential complications underscore the need for treatment of your Crohn’s disease, as many have the potential to induce remission.

Will I Need to Have Surgery?

Despite the best efforts of you and your gastroenterologist, there may come a time when you need surgery for Crohn’s disease. In fact, the Crohn’s & Colitis Foundation of America estimates that up to 75 percent of individuals diagnosed with the disease will have symptoms or complications requiring at least one surgery over the lifetime of their disease.

Surgical procedures used in the management of Crohn’s include:

Most of these procedures can be performed with minimally invasive techniques.

What Lifestyle Changes Will I Need to Make?

In addition to taking your medications regularly and paying attention to your diet, Crohn’s disease will require an array of lifestyle changes. These have the potential to diminish your symptoms.

Regular exercise of at least 30 minutes most days of the week should be a part of your self-care regimen when battling Crohn’s disease. As extra stress can increase your symptoms, stress management should also be an integral component of your treatment plan.

Crohn’s disease, although not typically fatal, has the potential to significantly decrease the quality of your life. But with proper treatment and self-care, most Crohn’s patients can lead mostly healthy and productive lives. 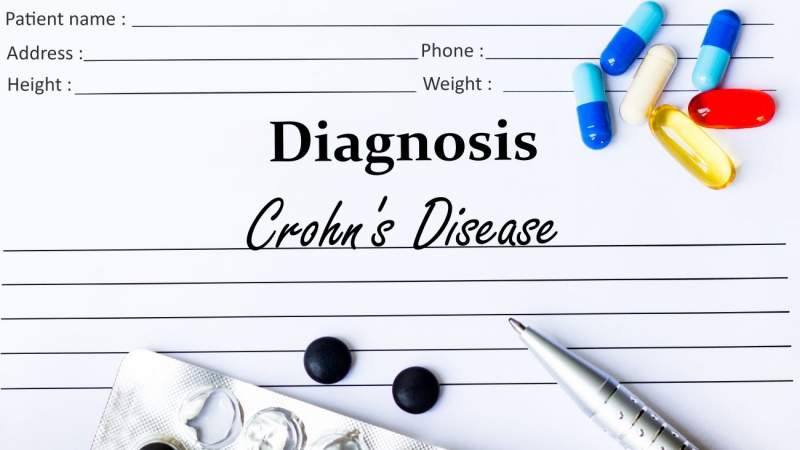