Everything You Need to Know About Crohn’s Disease

Crohn’s disease is a chronic inflammatory disease of the digestive, or gastrointestinal (GI), system that affects around 780,000 Americans. It is most commonly diagnosed between the ages of 15 and 35.

The disease was first described in 1932 by Dr. Burrill B. Crohn, its namesake, and his colleagues. The disease and ulcerative colitis are the only two types of inflammatory bowel disease (IBD), which affects an estimated 3.1 million Americans.

Although Crohn’s disease can affect any part of your digestive system from the mouth to the anus, it most commonly affects the small intestine and the colon, also known as the large intestine.

The signs and symptoms of Crohn’s disease, typically develop gradually, can range from mild to severe and tend to wax and wane, even at times going into asymptomatic remission.

As a result of Crohn’s disease causing long-standing inflammation of the digestive system, the two most common symptoms of the disease are abdominal pain and diarrhea. Both of these symptoms tend to be chronic and severe. Oftentimes, the diarrhea is bloody and may contain mucus or pus.

Other signs and symptoms of Crohn’s disease may include:

No one knows the exact cause of Crohn’s disease, but researchers hypothesize that it may be autoimmune-mediated. Autoimmune typically refers to your body attacking its own tissues or organs.

In the case of Crohn’s disease, it may be triggered by your immune system mistakenly reacting to defend against a harmless, ubiquitous bacteria in your gut, with this reaction becoming overzealous and extending to involve the tissues of the digestive system as well as other bodily systems.

Currently, there are no professional guidelines that recommend screening for Crohn’s disease. This does not mean that there is no interest in developing screening tools for the disease, as the diagnosis of Crohn’s disease is often delayed.

With the recent development of the Red Flags index — a clinical tool that has great potential for predicting the presence of Crohn’s disease based on early signs and symptoms — this may change. Furthermore, Crohn’s disease cannot be prevented.

If you have not been already diagnosed with Crohn’s disease and are concerned that you may have the disease, make sure to contact your doctor. In particular, you should consider making an appointment with your doctor for an evaluation if you have long-standing changes in your bowel habits, along with other symptoms that may be attributable to Crohn’s disease. This includes:

If you have already been diagnosed with Crohn’s disease, the following signs and symptoms should spur a call or visit to your doctor:

As Crohn’s disease shares similar signs and symptoms with other digestive system diseases, your doctor will need to eliminate other possible causes for your symptoms. There isn’t a single test or examination to diagnose Crohn’s disease. Your doctor will begin the process by taking a thorough medical history and performing a thoughtful physical examination.

As part of the medical history, your doctor may ask you about your current medications and about the presence of the following:

Your doctor may order lab tests such as a complete blood count to check for anemia and the possible presence of an infection. Other blood tests may include a check of electrolytes, kidney and liver function, C-reactive protein or erythrocyte sedimentation rate, and iron and vitamin B12 levels. Additionally, a stool sample may be collected to check for the presence of microscopic blood or white blood cells as well as culture to rule out bacterial or parasitic infections.

Procedures that may be useful in your doctor’s investigation for Crohn’s disease include:

Identifying the specific portion of the GI tract affected by Crohn’s disease is of utmost importance. It can have an impact on the symptoms and complications experienced by those diagnosed with Crohn’s disease as well as treatment. This may be helpful in explaining why the symptoms of the disease vary from person to person.

There are at least five recognized types of Crohn’s disease — all of which are based on location. They are:

Furthermore, almost 30 percent of Crohn’s patients have a variation termed perianal disease. It consists of abnormal channels that form connections between organs and tissues, deep-seated tissue infections, and open sores in the skin surrounding the anus.

Local complications of the disease may include:

Fistulas are abnormal connections between the intestines and other organs. They are local complications that deserve special mention due to their variation, which are determined by their location. The different types of fistulas include:

The last local complication of Crohn’s disease is colon cancer, also referred to as colorectal cancer (CRC). Having Crohn’s increases your risk of developing CRC. As a result, you should initiate CRC screening — preferably with a colonoscopy — eight to 10 years after a diagnosis of Crohn’s disease. In contrast, individuals at average risk for CRC should initiate CRC screening with colonoscopy at age 50.

Systemic complications of Crohn’s disease can affect various areas/body systems outside the walls of the intestines. They may include:

Additionally, systemic complications that may occur specifically in children with Crohn’s disease include growth failure and delayed puberty.

Currently, there is no cure for Crohn’s disease. As a result, the goal of treatment is the reduction of associated inflammation. This can lead to relief of symptoms, long-term remission, and limitation of complications — all of which can improve the long-term prognosis of the disease.

There are several classes of drugs that can be used in the management of Crohn’s disease.

Steroids, such as prednisone and budesonide, are mainstays in the treatment of Crohn’s disease. They should be used in short courses of three to four months due to their potential for serious side effects, which includes weight gain, cataracts, diabetes, high blood pressure, and osteoporosis.

Also in this class are the two main oral 5-aminosalicylate (5-ASA) drugs — sulfasalazine (Azulfidine) and mesalamine (Asacol). Nowadays, they are considered to be of limited value in the treatment of Crohn’s disease.

Another class of drugs used to manage Crohn’s disease is immunosuppressant drugs. They fight inflammation by targeting the immune system, whose cells produce pro-inflammatory substances. This class of drugs is often used in combination with 5-ASA drugs.

The most common side effects of immunosuppressant drugs are increased susceptibility to infection, diarrhea, nausea, and vomiting.

Biologics are a relatively new class of drugs used to treat Crohn’s disease. They are typically reserved for Crohn’s patients non-responsive to steroids, 5-ASA drugs, and immunosuppressants.

The most commonly used drugs in this class work by blocking tumor necrosis factor (TNF), an inflammation-promoting protein. The classic anti-TNF drugs include infliximab (Remicade) and adalimumab (Humira).

Alternatives to anti-TNF drugs are drugs that target integrin, another inflammation-promoting protein, of which natalizumab (Tysabri) and vedolizumab (Entyvio) are examples.

Antibiotics are another class of drug used to treat Crohn’s disease, specifically the infectious complications of the disease such as fistulas, abscesses, and perianal disease.

Other medications used in the treatment of Crohn’s disease, depending on the symptom or complication, may include:

The following surgeries may be used to treat Crohn’s disease:

As Crohn’s disease is a chronic medical condition, there are several things that you can do to improve the outcome of your disease.

Besides taking your medications as directed by your doctor, you should strive to get regular exercise as it can make you feel a lot better. It is recommended that you exercise for at least 30 minutes for most days of the week.

In addition to exercise, you should pay attention to your diet, since Crohn’s can affect the absorption of calories from food as well as vitamins and nutrients.

If you are a smoker with Crohn’s disease, you should make quitting smoking a priority, While it is bad for your health, it can increase the severity of your disease as well increase your need for surgery.

In addition, you should consider abstaining from alcohol. Since alcohol is an intestinal irritant, it may make your Crohn’s symptoms worse.

Keep Vaccinations Up to Date

While Crohn’s disease makes you more susceptible to infections, some of the medications used to treat the disease can do the same thing. As a result, you should make sure your vaccinations are up to date and ask your doctor about recommended vaccinations, such as those for influenza, pneumonia (pneumococcal), and shingles.

Since excessive stress can cause Crohn’s disease to flare, you should consider stress management strategies. This can include:

As a result of increased physical and psychological stresses, Crohn’s disease may also cause depression and/or anxiety. This is why you should pay attention to your mood.

Additionally, you should also consider joining a Crohn’s disease support group or see a therapist, as you are not alone in your fight with this disease.

As a result of its symptoms and possible complications, Crohn’s disease can be an unpleasant disease. This makes the early diagnosis and treatment of the disease paramount, as it can relieve symptoms and delay or prevent the development of complications.

Plus, accomplishing these tasks will go a long way to improve your quality of life and decrease your need for surgery. 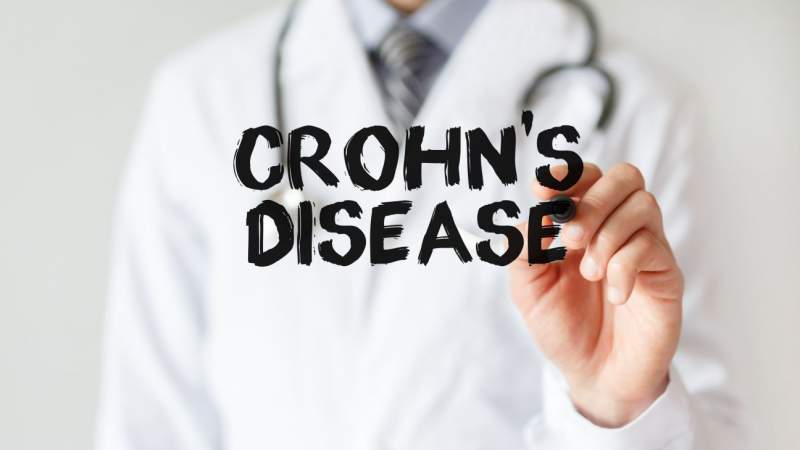