The grocery store is a perfect showcase of not only the bounty of our planet, but the ingenuity of the scientists, researchers, and farmers that have brought these products to market. Even the “heirloom” varieties of the fruits and vegetables we eat today have been extensively developed.

Scientists have created hybrid fruits and vegetables that taste better, are easier to grow and are more resistant to pests and environmental damage. Some people are scared of hybrids, thinking that their engineering makes them less healthy, but that couldn’t be further from the truth.

A grapple, an apple with a distinct grape flavor, is actually a branded product.

Although these aren’t technically hybrids — there’s only one type of genetic material inside the apple itself — the producers have managed to combine these two flavors in a unique way. Instead of hybridizing the genetics of these two fruits, grapples are made by soaking Extra Fancy Gala or Fuji apples in concentrated grape flavor. The result of this water-and-grape-flavor bath is crispy, sweet apples that taste exactly like grapes.

The blood lime is a unique fruit that’s made by combining an Australian finger lime and a mandarin. Its appeal is in the unique interior, which it gets from its finger lime ancestors.

Finger limes have been commercially cultivated in Australia since the mid-1990s. Although they’re expensive, they’re coveted for their sharp taste and unique juice vesicles, which look a bit like caviar. Crossing finger limes with sweet mandarins give these blood limes a sweeter juice with the unique finger lime texture.

Plumcots, which are also called pluots, are fruits grown by cross-pollinating plums and apricots. Plumcots were developed by legendary plant breeder Floyd Zaiger. Zaiger got so excited about his creation that he trademarked the name “pluot”.

Today, there are lots of farmers that are creating their own hybrids of plums and apricots, which taste delicious but cannot legally be called pluots. You can find all sorts of combinations ranging from 50-50 plum/apricot hybrids to ones that are 25-75 in either direction. Either way, they retain the delicate flavor of apricot with the hardier texture of plum.

Another special stone fruit hybrid that was developed by Floyd Zaiger and his genetics lab is the peacotum. These pale pink-yellow fruits have the sweet texture of plums, but with the beautiful coloring of peaches and apricots.

First coming to market in 2010, this fruit is thought to be one of the first-ever three-in-one fruit hybrids. At first, these fruits were only available in the Bay Area. As Zaiger’s company has offered the trees to home gardeners, it’s now easier than ever to grow your own.

The oroblanco is a cross between a gigantic pomelo and a white grapefruit. The result is a medium-sized citrus fruit that’s sweeter than a traditional grapefruit.

Pomelos are delicious, but many people find it frustrating to carry these gigantic fruits home from the grocery store and hack through their thick pith before getting to the flesh. The oroblanco, which was created in 1981 at the University of California, was meant to alleviate these problems.

Ripe oroblancos are light green in color and are generally available in North America between October and April.

A pineberry is a unique berry that looks like an inverted strawberry. It has white flesh and red seeds.

This berry was developed by breeding unique strawberry varietals from Chile and Virginia. It’s called pineberry because many tasters have found that it tastes like a cross between strawberries and pineapple.

Since pineberry plants tend to have lower yields and are much smaller than regular strawberries, this fruit is not widely available and tends to be expensive. However, pineberries can be grown in colder climates, making them a great choice for the adventurous home gardener.

There are tons of different types of hybrid citrus fruit. As people look for citrus varietals that are sweeter, cheaper, and easier to peel, geneticists get more creative.

The tangor is a citrus hybrid that combines genetic material from the mandarin orange and sweet orange.

There are several different types of tangors, depending on which cultivar of orange or mandarin they’re made with. Each citrus-producing region of the world has its own tangor. Some of these types include murcotts, setokas, and kiyomis

Ugli fruit is the trademarked name for a hybrid citrus fruit made by combining a grapefruit or pomelo, orange, and tangerine. These fruits were found growing wild in Jamaica, having cross-pollinated from various citrus trees.

Ugli fruit is named for its ugly appearance. Even though the fruit looks bruised and battered, its knobbly exterior holds segments of fruit that are juicy and sweet.

Ugli fruit turns from greenish-yellow to orange as it ripens. It is now grown all over Jamaica.

Another popular citrus hybrid is the tangelo, a cross between a tangerine and grapefruit. This fruit is easy to spot in the grocery store since it’s larger than the average tangerine or clementine and has a distinct “nipple” at the stem end. It is often called honeybells due to the shape.

First developed in 1911 by the U.S. Department of Agriculture, the tangelo has been a supermarket favorite ever since. It is sweet and slightly tart, easy to peel, and has very few seeds. It is so popular and so widely cultivated that it can be found in grocery stores year-round.

Unlike the tangelo, tayberries are not often found in supermarkets because they’re quite delicate and are difficult to grow commercially.

The tayberry is a cross between a blackberry and a raspberry. It was first patented in 1979 by a horticultural researcher from Scotland. The berry is named for the River Tay which flows through the city of Dundee, where the tayberry was first developed.

These long, thin berries turn deep red when ripe. Since the fruit is so soft when picked, it cannot be cultivated commercially or shipped long distances.

Created by a designer fruit company called the Grapery, cotton candy grapes are a recent phenomenon. The Grapery has several different grape hybrids on the market that were created by painstakingly cross-pollinating different varietals of grapes until they achieve their desired flavor profile.

Cotton candy grapes are a hybrid of the green seedless grape (Vitis vinifera) and a unique type of Concord grape that was chosen for its sweetness. These grapes are green but have none of the tart flavor of regular green table grapes. Instead, they taste shockingly sweet, like a mouthful of cotton candy.

The jostaberry is a unique berry that’s considered by many to be a superfood. These large purple berries are a cross between a gooseberry and black currant. Its flavor is described as tangy-sweet and similar to grapes or kiwi.

Jostaberries are too difficult to harvest mechanically. So, while you may find them at a local farmer’s market, it’s unlikely that you’d be able to buy them in a grocery store. Fortunately, unlike their blackcurrant parent plant, the stalks do not have thorns.

Created in 1977, jostaberries are popular for pies, jams, and even wine.

One unique hybrid that was thought to be extinct is the stoneless plum, which was developed by famed horticulturist Luther Burbank. He crossed a small-pitted species of plum called the Sans Noyau with others that had small pits.

Eventually, Burbank managed to create a plum that was about the size of a large grape that had only the tiniest flake of pit. However, they weren’t very popular. Due to their lack of popularity, the fruit was thought to be extinct until a stoneless plum tree turned up in Oregon. Now, it’s possible that we’ll see them on the market in our lifetime. 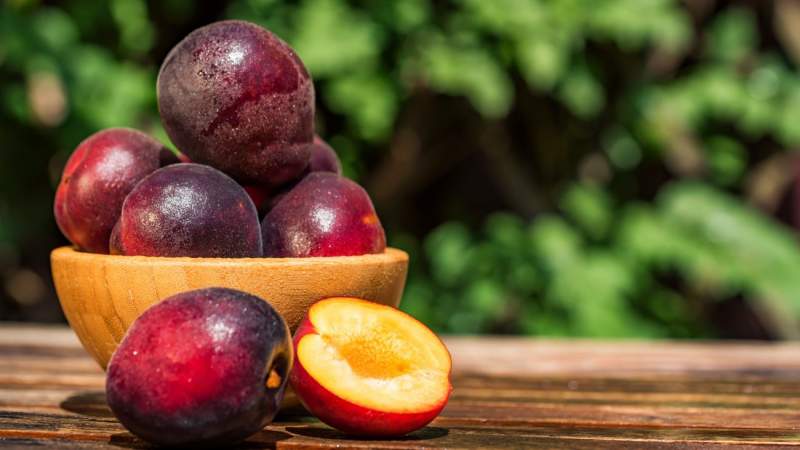 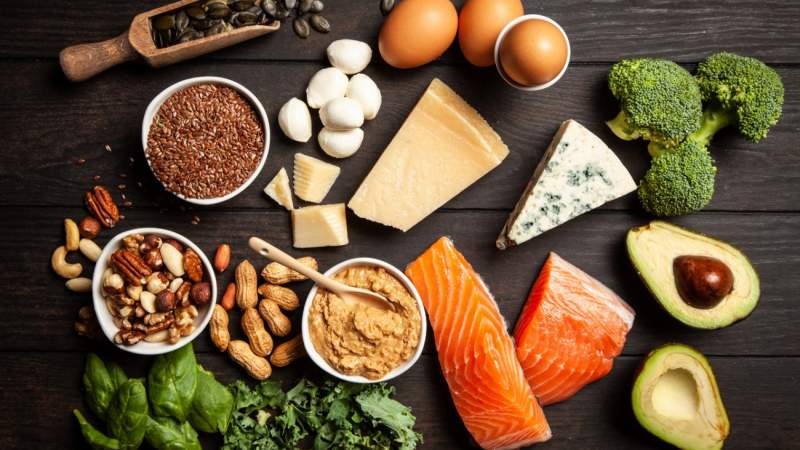 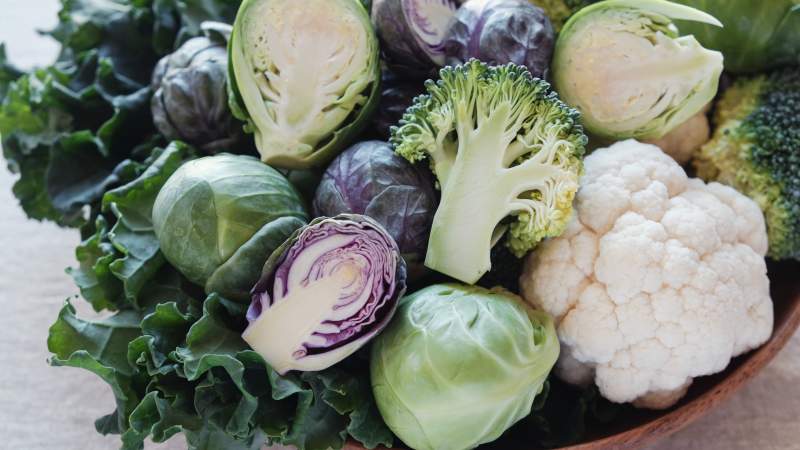 Eating vegetables of any kind is great for your health, but choosing veggies that are high in nutritional value is even better. And the cruciferous family of vegetables is one of the best…