Everything You Need to Know About Fibromyalgia

Fibromyalgia is a condition characterized by widespread pain and tenderness in the muscles and associated soft tissues. It may be accompanied by sleep disturbances, fatigue, and memory and mood issues.

More than five million Americans over the age of 18 have been diagnosed with the condition. Fibromyalgia, which represents abnormal pain perception processing, is the second most common disorder that rheumatologists (specialists in diseases that affect your joints tendons, ligaments, bones, and muscles) encounter.

Although fibromyalgia can affect patients of either sex and at any age, it most commonly presents itself in young or middle-aged women.

Fibromyalgia is a syndrome that consists of many signs and symptoms.

Symptoms of fibromyalgia are commonly confused with those of arthritis. However, unlike arthritis, it causes muscle and soft tissue pain and has not been found to cause muscle or joint inflammation and damage.

In some cases, symptoms may begin after a physical trauma, surgery, infection, or significant psychological stress. In other cases, there is no single triggering event, so symptoms will gradually accumulate over time.

The cause of fibromyalgia is unknown. However, according to Mayo Clinic, experts “believe that fibromyalgia amplifies painful sensations by affecting the way your brain processes pain signals.”

The most common risk factors for fibromyalgia include:

Other potential risk factors have weak associations with the development of fibromyalgia. These include:

Unfortunately, more research is needed to see if these possible risk factors for fibromyalgia are indeed real.

Screening allows for identification of unrecognized disease or risk factor. At this moment, there are no recommendations regarding the efficacy of screening for fibromyalgia.

However, there are many unsettled questions concerning the concept of primary prevention (actions aimed at avoiding the manifestations of a disease) for fibromyalgia. In the case of fibromyalgia, primary prevention may consist of the immediate care of acute pain or treatment for mood disturbances, as there are no specific laboratory or instrumental tests to determine risk factors for the disease.

The goal of secondary prevention (actions aimed to reduce the impact of a disease or injury that has already occurred) is early detection of the disease when patients have no symptoms and interventions improve their outcomes. In addition, diagnostic or classification criteria are not universally accepted, depending on the medical specialty.

If you suspect that you may have fibromyalgia, you should make an appointment with your doctor.

Before the said appointment, it would be best to write a list that includes:

Because many of the signs and symptoms of fibromyalgia can mimic other medical disorders, like arthritis or lupus, you may see several doctors before receiving a definitive diagnosis. As a result, an accurate diagnosis, along with early treatment, is paramount in the case of fibromyalgia. As such, you may receive a referral to a rheumatologist, a doctor who specializes in the treatment of arthritis and other similar conditions.

Fibromyalgia is a diagnosis of exclusion. As such, a thorough evaluation for the presence of other medical disorders is required before making a definitive diagnosis.

In the case of suspected fibromyalgia, your doctor will ask about your medical history and give you a thorough physical examination. If necessary, they may order certain tests such as X-rays and blood work. These measures allow them to rule out other possible diseases or illnesses.

There is no single blood test to confirm the diagnosis of fibromyalgia. So, doctors may use a combination of the following blood tests:

In addition to X-rays, medical imaging tests such as full-body magnetic resonance imaging and brain computed tomography can be utilized to rule out most of the common causes of chronic pain and point to fibromyalgia. Originally, doctors would check 18 specific points (“trigger points”) on a person’s body to see how many of them were painful when pressed firmly. Revised guidelines no longer require such an examination. Lastly, your doctor may perform an evaluation to calculate your widespread pain index and symptom severity scores.

Fibromyalgia can cause chronic pain, disability, and decreased quality of life. Many people who have fibromyalgia also have other painful medical conditions, such as tension or migraine headaches, TMJ disorders, IBS, interstitial cystitis, anxiety, and depression.

Those with fibromyalgia may have complications such as:

Additionally, one’s ability to function at home or on the job may be impeded by the chronic pain and lack of sleep that comes with fibromyalgia.

While there is no cure for fibromyalgia, a variety of treatments are able to help control its symptoms.

Using medications to deal with fibromyalgia can help to reduce the pain and improve sleep.

Your doctor may prescribe over the counter pain relievers to help cope with the pain associated with fibromyalgia. Pain relievers that are often prescribed include:

Opioids are not recommended since they can lead to dependence/addiction and may even worsen the pain over time.

The antidepressants duloxetine (Cymbalta) and milnacipran (Savella), which are generally prescribed at lower doses to treat depression, are approved by the Food and Drug Administration (FDA) for the treatment of fibromyalgia. They help ease pain, fatigue, and sleep difficulties associated with fibromyalgia.

These medications are often used in combination with antidepressants and anti-seizure drugs. Common anti-anxiety medications include:

There are plenty of therapies that help reduce the symptoms of fibromyalgia. Some examples include:

Using alternative therapies for pain and stress management are not new developments. In fact, quite a few of them have been practiced for thousands of years. However, their popularity on the rise in recent years — especially among people who have chronic illnesses.

These alternative therapies include:

Self-care is a major component in the management of fibromyalgia. If you have been diagnosed with fibromyalgia, the following self-care tips can help:

Diet is an integral aspect of care for fibromyalgia. Therefore, the following may contribute to an improvement in the symptoms of the disease:

Fibromyalgia affects approximately two percent of the adult population in the U.S.

As fibromyalgia is thought to be mediated by an abnormal amplification of painful sensations, patients diagnosed with the disease tend to be more sensitive to pain than people without fibromyalgia. Although it is not a life-threatening, deforming, or progressive disease, fibromyalgia can significantly decrease functional status and quality of life without proper diagnosis and treatment. 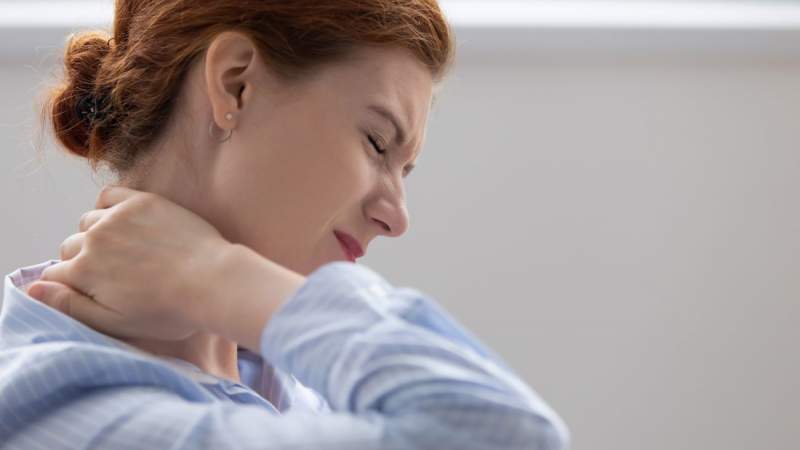