Everything You Need to Know About Psoriasis

Psoriasis is an immune-mediated hyperproliferative condition where skin cells grow approximately 10 times faster than normal. This leads to an excessive buildup of surface skin cells, which causes the formation of plaques and scales.

Considering more than eight million Americans have psoriasis, it is a legitimate public health concern. On top of this number, many people — close to 60 percent, in fact— who suffer from psoriasis report that it’s a significant problem in their everyday life.

Common signs and symptoms of psoriasis may include:

Psoriasis patches can range in severity from mild cases with a few spots of dandruff-like scaling to major eruptions that cover large areas.

The course of psoriasis is unpredictable. Most types of psoriasis are cyclical. This means flares may happen for a few weeks, months, or even years at a time, before subsiding or going into remission.

Psoriasis has a tendency to recur. Unfortunately, it is a chronic condition that can be managed, but not cured.

Plus, it should be mentioned that psoriasis cannot be spread to others.

Although the exact cause of psoriasis is not known, there are well-established triggers and risk factors for the disease. Factors that may serve as triggers for psoriasis include:

Currently, there is no recommended screening protocol for psoriasis.

Since psoriasis is a disease that waxes and wanes, prevention/reduction of flares is the best way to deal with psoriasis. This may be accomplished by:

Other measures that may be helpful in avoiding psoriasis flares include:

Are you concerned that you may have psoriasis? A dermatologist — a doctor who specializes in diseases of the skin — can help diagnose and treat your psoriasis. These skin specialists are a great resource. Plus, they can provide valuable information on triggers to avoid, symptoms, and treatments for the disease. If you are looking for a dermatologist, it is best to get a referral/recommendation from your primary care doctor or check with the American Academy of Dermatology.

The diagnosis of psoriasis is fairly straightforward.

Your primary care doctor or dermatologist will take your medical history and perform a physical examination, including a thorough survey of your skin, nails, and scalp. They will ask you about your symptoms, how long you’ve had them, and what makes them better or worse.

Since psoriasis can look a lot like eczema and other skin diseases, diagnosing it can sometimes be difficult and may require a skin biopsy for a definitive diagnosis. If you are unfamiliar with what a skin biopsy is, your doctor will remove a small sample of your skin to look at under a microscope.

Up to one-third of patients diagnosed with psoriasis also develop psoriatic arthritis. So, if you have symptoms such as swollen and painful joints, your doctor may order blood tests and X-rays to rule out other forms of arthritis.

Despite its major effects on quality of life, psoriasis is underdiagnosed and undertreated.

A definitive diagnosis of the type of psoriasis is of utmost importance, as it will help a doctor formulate an appropriate treatment plan. While most individuals diagnosed with psoriasis have only one type, there at least five types of psoriasis that affect the skin.

Plaque psoriasis, also sometimes referred to as “psoriasis vulgaris”, is the most common type of this disease. In fact, it represents 80 percent of all diagnoses.

Guttate psoriasis is common in young adults and children and represents less than two percent of cases.

This form of psoriasis is characterized by small pink spots, which can be scaly, on your torso, arms, legs, and scalp. The most common trigger for this type of psoriasis is a bacterial infection, such as strep throat.

Although it’s relatively uncommon, pustular psoriasis is more common in adults. However, it can also be seen in infants and children

It is characterized by pus-filled blisters that occur mainly in the palms of the hands, soles of the feet, or fingertips. Despite how they look, the blisters are not infectious.

Inverse psoriasis is characterized by smooth patches of red, inflamed skin involving the flexural folds, such as the axilla, groin, intergluteal crease, and under the breasts.

Erythrodermic psoriasis is the least common type of the disease. Appearing like a sunburn, this severe and very rare type of psoriasis covers your entire body with a red, peeling rash that can itch or burn intensely.

Although rare, this type of psoriasis can be life-threatening and should be immediately evaluated by a doctor.

A variety of complications may accompany psoriasis.

Psoriatic arthritis is one of the most well-known complications of the disease. In fact, studies show that it affects between 10 percent and 30 percent of those with psoriasis. Out of those diagnosed with psoriasis, it is most commonly present between the ages of 30 and 50.

This complication can cause joint damage and a loss of function in some joints, which has the potential to be debilitating.

Nail psoriasis is another complication of psoriasis that can affect both the fingernails and toenails. This complication is characterized by pitting, abnormal growth, and discoloration, along with the loosening and crumbling/separation of the nails.

Other complications of psoriasis may include:

Unfortunately, psoriasis has no cure. As such, treatments for the disease aim to reduce inflammation and scales, slow the growth of skin cells, and remove plaques.

The best treatment varies by individual and takes into consideration the type of psoriasis you have, where it is on your body, and the possible side effects of the drugs used to treat it. For mild cases, there are over the counter treatments, such as hydrocortisone ointment, that may be helpful. Still, others may benefit from topical treatments, oral or injected medications, and light therapy, depending on the severity of the disease.

If you have mild to moderate symptoms, topical creams and ointments applied directly to your skin may be helpful to control psoriasis.

Other less commonly used topical agents for the treatment of psoriasis include:

For those with moderate to severe symptoms or joint involvement, topical treatments are likely to be combined with oral or injection medications. As a result, many of these medications have severe side effects. Hence, they are only used for short periods of time and alternated with other forms of treatment.

Oral or injection medications used for the treatment of moderate to severe psoriasis include:

Light therapy for the treatment of moderate to severe psoriasis includes:

With today’s resurgence in interest regarding alternative methods for the treatment of diseases, some of the alternative medicines used to treat psoriasis deserve mention.

Special diets, creams, dietary supplements, and herbs have been touted as beneficial to psoriasis, but none have been proven to definitively reduce the signs and symptoms of the disease. Some alternative treatments may be helpful for mild forms of psoriasis include:

Most people think of psoriasis as only a skin condition, but it affects a lot more than your skin. Living with psoriasis can be tough, not only on those with the disease but also on their families. As a result, it can be challenging to cope with — especially if it’s covering large areas of your body or can be readily seen by other people. Additionally, there is a greater negative impact on the quality of life of patients with moderate to severe psoriasis. This is especially true of women and children.

Special attention should be paid to a patient’s diet, exercise, stress, and mental health.

Many people are of the opinion that their diet affects their psoriasis, but no studies have shown a definite connection.

Most experts agree that the best dietary advice for those with psoriasis is the same as for others with an ongoing, chronic disease. That is, follow a diet low in fats and sugars and high in complex carbohydrates, fruits, vegetables, and lean cuts of meat or other proteins.

It would also be wise to limit your intake of alcohol, as it can aggravate psoriasis.

While you’re at it, try to get at least 30 minutes of exercise most days of the week. Regular exercise can lower inflammation, boost your mood, and keep your weight in check.

If possible, exercise outside in the sunshine. Natural sunlight not only has UVB light — which can ease psoriatic scales and patches — but also boosts your vitamin D levels, which is good for your skin and bones.

Stress is a well-known trigger for psoriasis. Accordingly, reducing excess levels of this trigger may be able to reduce flares and ease the symptoms of psoriasis.

Individuals with psoriasis are more likely to have low self-esteem, which makes them more susceptible to depression and anxiety. Therefore, it is important to deal with these emotional health issues. As such, a professional mental health expert and/or support group may be helpful.

Psoriasis is a complex medical condition with a wide range of possible complications and accompanying diseases. Since it results in considerable negative physical, mental, and social consequences, the burden of psoriasis is substantial. As such, life with psoriasis is indeed challenging.

Fortunately, with the right approach and appropriate treatment, you can reduce flares of the disease and live a healthy, fulfilling life. 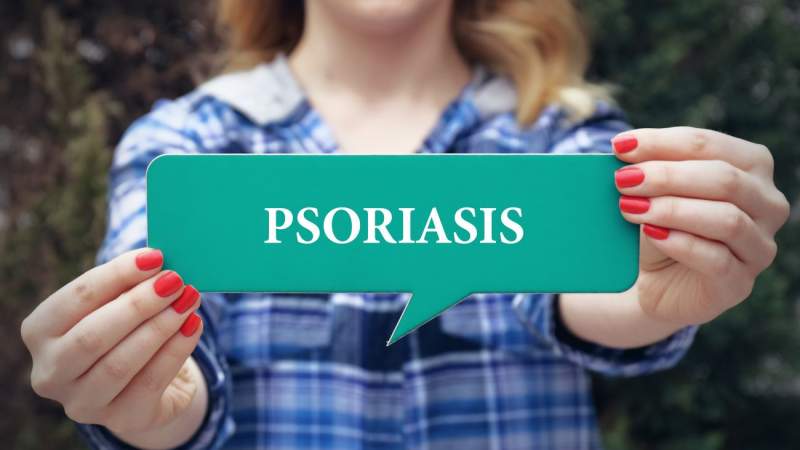