Do You Know These Psoriasis Triggers?

Psoriasis is a skin disorder that affects millions across the globe. In fact, it affects between two and three percent of the Earth’s total population.

If you find yourself among those affected or know somebody afflicted by this disorder, it is beneficial to know what may trigger one’s psoriasis to flare up.

According to WebMD, psoriasis is a “skin disorder that causes skin cells to multiply 10 times faster than normal.” The result is raised, bumpy red patches of skin crusted in white scales. These scaly patches occur primarily on the scalp, elbows, knees, and lower back.

Although the exact cause of psoriasis remains unknown, it is thought to be related to an immune system problem involving overactive T cells.

The severity of psoriasis is largely defined by the percentage of your body that is afflicted. To put it in perspective, one percent of your skin surface is equal to the size of your hand.

According to the National Psoriasis Foundation, there are three levels of psoriasis severity. They are:

If you are looking to manage flares, we’ve highlights eight psoriasis triggers that you should know about.

Stressors can include anything from divorce to loss of employment to financial problems. Any stressor can have a negative effect on your immune system and ability to fight off disease. This negative effect can easily trigger a psoriasis flare-up.

In order to prevent your stress from causing a flare-up, it is best to find ways to effectively manage your stressors. Exercise, listening to relaxing music, watching a funny show, mediation, and attending support groups are just a few examples of how you can reduce your stress.

Consuming alcohol can cause a flare-up. Additionally, excessive consumption of alcohol can lead to sleep deprivation, stress, and a poor diet, which can all lead to a flare-up.

If you want to avoid triggering a flare-up, drink alcohol in moderation or abstain altogether.

Any weather changes which lead to dryer skin than normal can trigger a flare-up. That is why it’s important to cover your skin in cold weather in order to avoid a flare-up, along with applying moisturizer and using dehumidifiers.

To avoid a flare-up, make sure you keep the damaged area clean. Sometimes a flare-up cannot be avoided, so be prepared as a flare-up may still occur 10 to 14 days after the skin is damaged.

Certain medications, including antimalarial drugs, beta-blockers, calcium channel blockers, and lithium, can cause flare-ups. Make sure to be vigilant as a medication-related flare-up may not occur until several weeks after you start taking a medication.

Do not stop your medication cold turkey if you suspect it has triggered a flare-up. Doing so could negatively affect your health. Go see your doctor as he or she may have other solutions.

Infections, such as colds, flu, and ear infections, stimulate the body’s immune system. As such, they may also stimulate a psoriasis flare-up. Strep throat can trigger a specific type of psoriasis, called guttate psoriasis.

Treat infections promptly and don’t wait for them to get worse. You may need a round of antibiotics to clear up a bad infection.

People who smoke are more likely to have psoriasis flare-ups.

To avoid flare-ups, cut back on your smoking or quit. Additionally, your doctor will be able to give you advice on how to achieve this.

Although not based on scientific research, certain food is thought to trigger psoriasis. These include:

To avoid a flare-up, it is best to eliminate these foods from your diet whenever possible.

How to Manage Flares

Sometimes you can’t avoid a flare-up. In those cases, we’ve highlighted some ways to manage flares after the fact.

Your physician can prescribe several types of creams or shampoos to alleviate your symptoms. These include:

Your physician may prescribe medication to treat your psoriasis. These may include:

Several different types of light therapy have been proven successful in the treatment of psoriasis. These include PUVA therapy and narrow-band UVB therapy.

Some people have had good results with natural remedies, such as:

Moisturizing your skin will help prevent your skin from becoming dried out, cracked, and more susceptible to flare-ups. 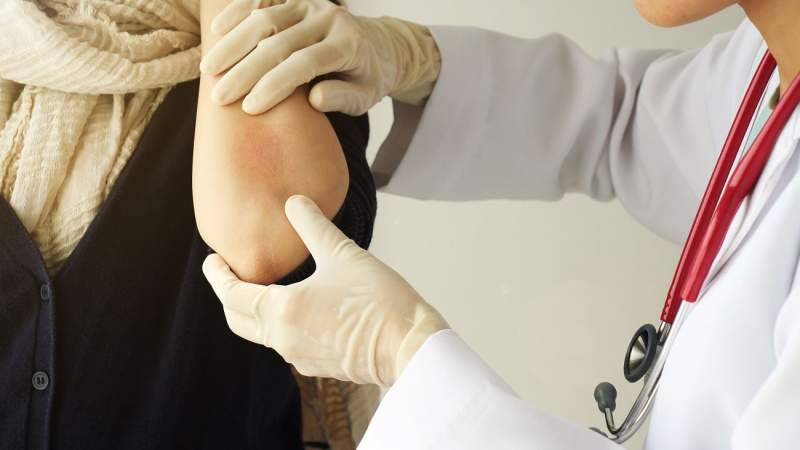