Psoriasis is an inflammatory skin disease. Characterized by circular, red patches covered with silvery scales, it can most commonly be found on the scalp, outside of the elbow and knee joints, lower back, buttocks, and genitals.

While no one knows exactly what causes psoriasis, multiple risk factors — such as genetics, viral and bacterial infections, stress, obesity, and smoking — contribute to its development. In addition to excessive alcohol consumption, skin injury, cold/dry weather, and certain medications, some of the risk factors listed above trigger psoriasis flare-ups.

This article will concentrate on the top treatment options for psoriasis. This includes topical treatments, light therapy, biologics, systemic treatments, and natural treatments.

Topical treatments for psoriasis are applied to the outer layer of skin. They are often the first treatment recommended for a newly diagnosed person.

Topical treatments are available over the counter (OTC) or by prescription.

Corticosteroids, or just “steroids” for short, are the most frequently used treatment for psoriasis. They are potent anti-inflammatory agents that reduce the inflammation and redness present in psoriatic lesions.

Be careful as potential side effects include skin thinning, changes in pigmentation, and easy bruising. Therefore, you should not use a corticosteroid for longer than three weeks without consulting your doctor.

Vitamin D3 analogs work by slowing down or normalizing excessive skin cell growth, a hallmark of psoriasis. Calcipotriene (Dovonex), a synthetic form of vitamin D3, or calcitriol (Vectical), a natural form of vitamin D3, can be used alone or in combination with topical corticosteroids.

Tazarotene (Tazorac) is a topical retinoid which slow skin cell growth. It can be used alone or in combination with a topical corticosteroid.

When using tazarotene, it is common for psoriatic plaques to become very red. Don’t worry because this happens just before they clear.

The most common side effects associated with tazarotene include skin irritation, dry skin, and increased susceptibility to sunburn.

Calcineurin inhibitors — such as tacrolimus (Protopic) and pimecrolimus (Elidel) — reduce inflammation and the buildup of psoriatic plaques. Although they are not as effective as topical corticosteroids, they can be useful in areas with thin skin, where steroids may cause harmful side effects.

Despite some users of Protopic and Elidel developing skin cancer and lymphoma, it remains unclear whether they increase your risk of these diseases.

Introduced in 1916, anthralin is one of the original topical medications used for the treatment of psoriasis. It works by slowing the rapid skin cell production associated with psoriasis, making skin smoother. It is available in either cream, gel, or shampoo formulations.

The most common side effects of this medication are skin irritation and staining of clothing and bedding. The staining caused by anthralin can be mitigated by washing it off 20 to 30 minutes after application.

Coal tar can slow the rapid growth of skin cells as well as reduce the inflammation, itching, and scaling of psoriasis. It is available OTC in shampoos, lotions, and creams. Plus, it can be used in combination with topical corticosteroids or ultraviolet (UV) B light therapy.

There is controversy over whether coal tar causes skin cancer at very high concentrations. Currently, there is no scientific evidence that the tar in OTC products is causes cancer.

Salicylic acid is a peeling agent (keratolytic) and causes the outer layer of skin, known as the epidermis, to shed. As a result, it softens psoriatic scales, facilitates their removal, and increases the absorption of other topical agents.

Available OTC, salicylic acid is especially useful as an agent for the treatment of scalp psoriasis.

Light therapy — also referred to as phototherapy — involves exposing the skin to UV light on a regular basis. Usually, it is done under medical supervision. In particular, a dermatologist. For treatments, they can be done in a doctor’s office or at home with a phototherapy unit.

There are two types of UVB light treatment: broad band and narrow band. They are administered with an artificial light source. It penetrates beneath the skin to slow the growth of skin cells.

Common short-term side effects of UVB light therapy may include redness, itching, and dry skin.

With the increasing use of biologics, there has been a shift away from this form of light therapy.

UVA light treatment is relatively ineffective for psoriasis unless it’s combined with the light-sensitizing medication psoralen.

Psoralen is an oral medication. Its most common side effect is nausea.

In order to make this light treatment effective for psoriasis, psoralen is taken approximately one hour before UVA therapy.

Excimer laser therapy only targets abnormal areas of skin without harming healthy skin. As such, it requires fewer sessions than traditional light therapy.

Common side effects include skin redness and blistering.

Also called immunomodulatory agents, biologics are medications that alter your immune system. They are typically utilized if you have moderate to severe psoriasis.

All the medications in this group are injectable, except apremilast (Otezla), which is oral. Additionally, tofacitinib (Xeljanz) is an oral immunomodulator specifically used for the treatment of psoriatic arthritis — one of the most dreaded complications of the disease.

Other biologics used in the treatment of psoriasis include:

Systemic treatments for psoriasis are typically reserved for those with moderate to severe psoriasis or forms of psoriasis resistant to other types of treatment. All the medications in this group are taken orally.

Methotrexate has been around since the 1970s. Originally used as a cancer drug, it was later found to inhibit a key enzyme in the rapid growth of skin cells. As a result, it was approved by the Food and Drug Administration (FDA) for the treatment of psoriasis, with an “off-label” (unapproved) use for psoriatic arthritis.

Since methotrexate can cause severe liver and kidney damage, periodic blood tests are recommended. Additionally, this medication decreases both red and white blood cells.

Cyclosporine can provide rapid relief of psoriatic symptoms. In fact, it can provide relief in as little as two weeks. As a result, it’s mostly used in the short term, which is between three and four months.

However, the FDA recommends cyclosporine be taken for no longer than one year. This is because the medication may make you more susceptible to kidney disease, infections, high blood pressure, and cancer.

Acitretin (Soriatane) is the only oral synthetic retinoid currently FDA-approved for the treatment of psoriasis. It is most effective when combined with light therapy.

The medication can cause serious birth defects, which is why women should avoid pregnancy for at least three years after taking acitretin.

“Off-label” systemic medications are not FDA-approved for the treatment of psoriasis and psoriatic arthritis. These include:

Some of the more popular herbal and natural remedies include:

In addition to these remedies, mind-body therapies, such as regular exercise, yoga, meditation, and Tai Chi, have helped with managing psoriasis.

Most CAM therapies are safe, but most of the evidence for their effectiveness is anecdotal or inconclusive. In order to avoid any dangerous interactions with medications you may be taking, make sure to consult your doctor before initiating any of the CAM therapies for your psoriasis.

The intent of this article is to help you understand your options when it comes to the treatment of your psoriasis. Your doctor will work with you to find the best treatment or combination of treatments to reduce or eliminate psoriatic signs and symptoms. 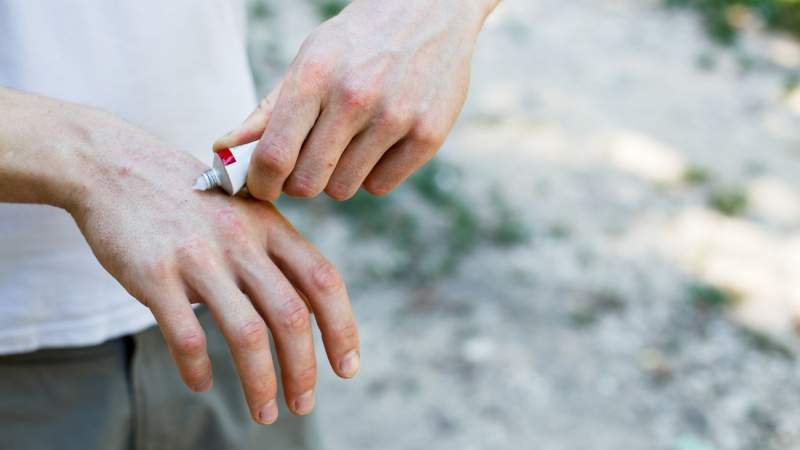