The Best Natural Treatments for Psoriasis (Recommended by Doctors)

Psoriasis is an autoimmune disorder characterized by inflammation, redness, scaling, and plaques of the skin.

Treatment is the key to managing any disorder. While some people prefer to stick with traditional treatments when dealing with psoriasis, some seek natural treatments for additional support.

Some natural treatments for psoriasis include the following.

While exposure to sunlight helps with psoriasis, it is UVB rays, in particular, that can ease the symptoms of psoriasis. WebMD recommends starting with five to 10 minutes of sun exposure once a day and slowly increasing your exposure.

If using sun exposure as a natural treatment, you should apply sunscreen with an SPF of 30 or greater to healthy skin, as sunburns can cause psoriasis to flare. Additionally, sunscreens with zinc oxide or titanium dioxide are less likely to bother your skin.

Omega-3 fatty acids are healthy fats found in fish, such as salmon and tuna, that have been shown to decrease inflammation. In fact, a 2014 study found “moderate evidence” that omega-3 fatty acids might help people with psoriasis.

Capsaicin is the component of chili peppers that makes your mouth feel hot. Moreover, this substance can soothe pain and inflammation. In fact, two studies — one in 1986 and another in 1993 — suggested that capsaicin may be helpful for psoriasis.

You can buy capsaicin in pharmacies and health food stores as well as online. Its only significant side effect is a stinging sensation when it’s applied.

Herbs are commonly used to treat many conditions. When it comes to psoriasis, turmeric helps prevent flares of psoriasis.

This is because curcumin is the active ingredient in turmeric. A 2018 study provides supportive evidence that it may be useful in the treatment of psoriasis.

The suggested dosage of turmeric is 1.5 to three grams per day and can be purchased in pill or supplement form.

Oregon grape is a herbal remedy that may quell the immune response in psoriasis. A report summarizing three clinical trials concluded that Oregon grape cream was a “safe and effective” treatment for mild to moderate psoriasis. Additionally, a 2018 study concluded that it could improve psoriatic symptoms and was safe and effective with few side effects.

If you decide to use this treatment, make sure to look for creams that have a strength of at least 10 percent.

Since it has anti-inflammatory properties, aloe vera gel has been used for a long time to treat skin wounds.

A 2018 study conducted on patients with mild to moderate psoriasis suggested aloe vera may help deal with the scaling and inflammation caused by psoriasis. In fact, the study found that patients experienced a “noteworthy improvement” in their symptoms.

When choosing an aloe vera product, you should look for unscented creams or gels with at least 0.5 percent aloe content. Also, avoid the tablet form since there is no evidence that they are helpful for psoriasis.

Moisturizers target the itching and flaking that accompanies psoriasis. As such, application of a heavy ointment or thick cream at least three times per day may help control psoriatic symptoms by locking in moisture. Some people even boost the absorption of moisturizers by wrapping a layer of plastic wrap over the affected area.

When looking for moisturizers, make sure to look for products that are free of dyes and fragrances, which are typically labeled “for sensitive skin.”

Dead Sea salts are widely known for their healing properties. Therefore, they are helpful in a multitude of ailments, including arthritis, muscle aches, and leg cramps.

A 2012 study concluded that regularly soaking in water with Dead Sea salts could benefit psoriasis. Therefore, you should dissolve these salts in a lukewarm bath and soak for 15 minutes. Don’t forget to apply a moisturizer while your skin is still damp to prevent water loss.

Since stress is a well-known trigger for psoriasis, activities that relieve stress are a good way for those with psoriasis to prevent triggering flares. As such, meditation and yoga are great ways to prevent flares. In fact, a 1998 study suggested that meditation could help with psoriasis when practiced along with traditional treatments, such as UVB phototherapy or psoralen plus UVA.

On the other hand, yoga can not only decrease stress but also ease the symptoms of psoriatic arthritis, as it can decrease joint pain and increase your range of motion.

Oatmeal is more than breakfast food! Research has suggested that soaking in colloidal oatmeal can soothe psoriatic skin. You can even use oatmeal soap.

Make sure the water you use is lukewarm, so you don’t strip essential oils from or irritate your skin.

Despite ongoing traditional and natural treatments for psoriasis, you may experience flares of the disease. To help, here are some tips for preventing and managing flares.

Alcohol is a trigger for many people who have psoriasis. Additionally, it can also interfere with some psoriasis medications, such as methotrexate. As such, cutting down or abstaining from alcohol can prevent flares.

A drop-in humidity and/or temperature can trigger psoriasis in some individuals. To avoid this trigger, you should protect your skin from cold, dry weather by slathering on moisturizers three times a day and using a humidifier in your home.

Avoid Medications Known to Cause Flares

Certain medications have been linked to flares of psoriasis. These include chloroquine, calcium channel blockers, propranolol, indomethacin, and lithium.

If you are on a medication that could increase your risk for a psoriasis flare, please consult your doctor before you stop taking it.

Smoking not only increases your risk of developing psoriasis but also could lead to a flare if you already have been diagnosed with the disease. Additionally, it can decrease the effectiveness of psoriasis medications.

In addition to traditional treatments, there are natural treatments to help reduce psoriatic flares. These approaches can go a long way at increasing the quality of life of those living with psoriasis. 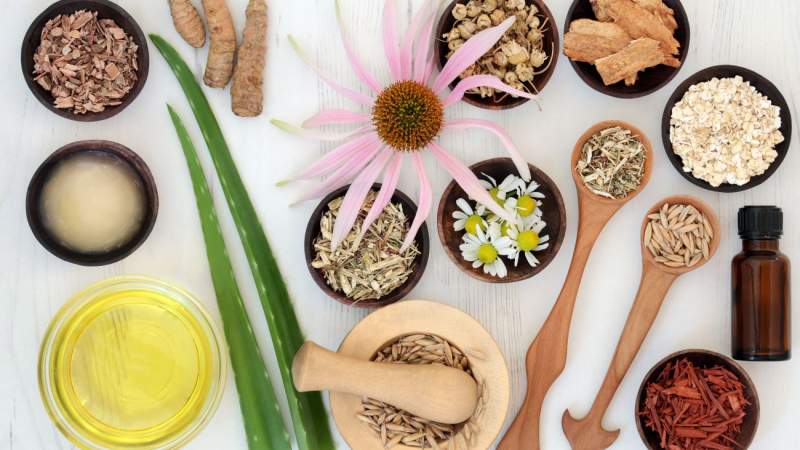