Ignoring Tinnitus Symptoms is More Dangerous Than Many People Think

Tinnitus is a common hearing-related health condition. It’s usually described as ringing in the ears, but its symptoms can vary – some people with tinnitus can experience clicking, hissing, buzzing, or even roaring.

When tinnitus occurs, its sensations and sounds can be very slight and even low-pitched. Initially, these sounds can come and go, making it easy to ignore them. But ignoring the effects of tinnitus can result in a worsening condition.

Though tinnitus isn’t a disease, its symptoms can be a sign of a much more problematic health condition. And tinnitus on its own can drive sufferers crazy with perceived sounds happening constantly. Tinnitus can be temporary or permanent, mild or severe – but treating its effects can greatly improve your quality of life.

Treating tinnitus involves targeting the symptoms and types of sounds you’re experiencing. Many tinnitus treatments are noninvasive and don’t require in-depth medical procedures. In fact, dealing with tinnitus can be easier than expected.

The following are a few of the best tinnitus treatments available today.

Hearing aids might sound like a solution that’s solely for hearing loss. But they can actually be very helpful for anyone with tinnitus. Often, tinnitus is a symptom of hearing loss – as your hearing fades, your brain begins processing sound frequencies differently. And that can result in odd sounds, pitches, and background noise.

Hearing aids can help your brain with these issues, as they amplify sounds and can alter volume. For many tinnitus sufferers, being able to hear better makes the tinnitus itself less noticeable.

Sound-masking devices, such as a white noise machine or a machine that makes pink noise or ambient sounds, can drown out your tinnitus symptoms. A sound-masking device can either sit on a surface and be turned on as needed or worn via a small in-ear electronic device. Whether you listen to nature sounds or soothing music, these devices can mask any ringing or other odd noises.

A sound-masking device can be especially beneficial for tinnitus sufferers when trying to sleep or relax. You can use headphones, a television, or even a fan if you don’t have a special device.

Although there is no specific medication that can soothe tinnitus and its symptoms, there are prescription medications that are proven to help reduce its effects.

Living with tinnitus can require multiple treatment options, and relaxation is often a key component. So, it’s common for doctors to recommend medications like antidepressants and antianxiety drugs for those with tinnitus. These medications can make your symptoms less frustrating, and they can even provide relief. According to a research study published in Medical Science Monitor, even the common antianxiety drug Xanax can alleviate tinnitus sufferers’ stress.

As mentioned above, dealing with tinnitus often requires a combination of different approaches and treatments. If you aren’t achieving any relief from your tinnitus, you may seek to combine your doctor’s recommended treatments with alternative treatments.

Alternative treatments are typically non-medical ways to find relief and manage symptoms. And the following are a few common options for treating tinnitus:

If you’re in need of additional treatment options for tinnitus, you can try alternative treatments. These treatments may not be recommended by doctors, but you might find some benefit in them. Just make sure to speak with your doctor before trying anything new.

Ignoring tinnitus may be the easiest path – but it’s a dangerous one. If you don’t pay close attention to the first small signs of tinnitus, like ringing in your ears, you’re putting your health at risk. Letting tinnitus go untreated and unchecked can result in serious hearing damage.

It’s important to see a doctor when you first begin noticing symptoms or changes. Getting a diagnosis and speaking with your doctor is the best way to determine which treatment options are best for you. And a doctor can determine exactly what’s happening to your ears.

If you’re experiencing any possible tinnitus symptoms, you should find a doctor who specializes in hearing-related conditions. This is the first step in getting treatment and stopping symptoms from worsening. 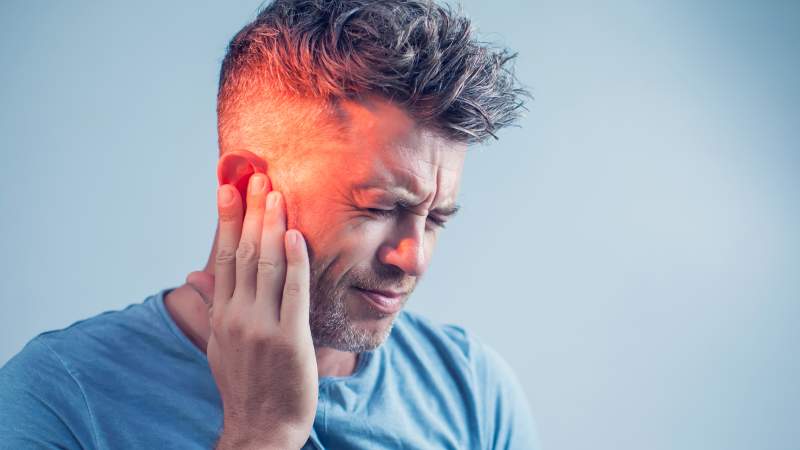