The 15 Happiest Countries in the World (According To Surveys)

The UN has recently released its latest World Happiness Report. This report ranks all the countries in the world according to their GDP per capita, life expectancy, generosity, social support, corruption levels, and freedom to make life choices. Citizens are also surveyed to rank their countries on a scale of zero to 10, with 10 being the best possible life.

Below are the 15 happiest countries in the world and the reasons each of them belongs in the list. It’s an opportunity to see how they’re thriving and possibly learn a thing or two about what it takes to be happy.

Despite the recent political turmoil, the United Kingdom has jumped from 19 to 15. While the weather might not be the most inviting, the sovereign country boasts a highly multicultural population, particularly in London. It’s also a great financial and travel hub, and the world’s fifth-largest economy.

According to the report, the UK ranked fourth in the generosity category, with nearly 70 percent of respondents claiming they donated to charity.

Luxembourg is one of the smallest and least populated countries in Europe, but its advanced economy is responsible for it enjoying the second highest GDP per capita in the world.

The country has always had a desire for peace. In fact, it sought mediation between France and Germany during WWII and was crucial in the creation of the European Union.

Luxembourg also ranks well in the corruption category, showing citizens can place trust in the government.

It might come as a surprise that a country plagued with wars, high cost of living, and corruption ranks so well in the Happiness Report.

Israel has excellent health services, and therefore really high life expectancy. Plus, due to many years of struggle and fighting for identity, the Israeli population shows strong cohesion with a sense of belonging and the levels of social support are well above average.

Anyone who’s traveled around Costa Rica can easily see why the country is happy: beautiful and protected nature with a “pura vida” lifestyle. In fact, it actually ranks fourth in the positive affect category, which measures the frequency of laughter and enjoyment on the previous day.

The country also doesn’t have an army. Instead, they invest in education and health. Not surprisingly, Costa Rica enjoys the highest life expectancy results in Latin American countries.

Once you ignore the venomous snakes and massive spiders, Australia is a lovely place to live. It’s well educated with plenty of jobs — 73 percent of adults have a paid job — and enjoys high life expectancy.

The positions where Australia ranks the highest are in social support and generosity. This means Australians generally have a strong social network and are always ready to lend a hand if someone needs it.

Austria enjoys low levels of corruption and is deemed an extremely safe country. In fact, it’s declared perpetual neutrality in foreign political affairs since 1955. This neutrality means they will not ally with other countries during wars and will not allow foreign armies in its territory.

Add in the gorgeous Alps and a healthy dose of farmland and vineyards, and you can see why Austria ranks in the top 10.

Canadians are famous for being the nicest people on earth — just Google “Mexican standoff vs. Canadian standoff” for a laugh — and it’s clear why. The country ranks high in life expectancy, generosity, and social support.

Plus, Canada is one of the most multicultural countries in the world with a strong sense of freedom of choices. In fact, Canada was the fourth country in the world to legalize same-sex marriage.

New Zealand is one of the least populated countries in the globe. As such, it has a plethora of untouched nature, which means everyone can enjoy its geysers, glaciers, beaches, and fauna in a sustainable way.

In addition to its natural beauty, New Zealand has low levels of corruption and ranks extremely well in the social ties category. Also, the country respects their native population history and culture, which can be seen in the war ceremonial dance, known as the haka, before rugby matches.

Swedish happiness starts with their honesty and trust in the government. Although citizens pay exorbitant taxes, it truly goes back to the people in the form of free health care, university, and plenty of social programs.

They also take socializing seriously, which is embodied in the “fika” culture, a mandatory coffee break.

It’s nearly impossible to be sad when you have amazing chocolate and cheese, work on average 35.2 hours per week, and are expected to live for over 80 years.

Switzerland also ranks high in social support, which translates into a strong sense of humanitarian duty. In fact, Switzerland is the birthplace of the Red Cross.

The Netherlands is an exceptionally progressive country having legalized prostitution, abortion, and euthanasia. It was also the first country to legalize same-sex marriage. Plus, it abolished the death penalty in 1870.

Iceland is the leader of all countries when it comes to social support. This means its citizens can always rely on someone if they need help.

Other reasons for Iceland ranking so high include:

Apart from enjoying low corruption levels, long life expectancy, and insanely high GDP per capita, Norwegians also take well-being to the next level. In fact, they have a specific word, “koselig,” which means a mix of coziness, hug, connection to nature, and warm feelings.

It’s also said that the cold weather and the long history of survival in this unfriendly landscape created stronger ties in the community, hence its robust welfare system.

If the Norwegian koselig reminded you of something, it was probably the Danish “hygge,” which has a similar meaning and was shortlisted for the Word of the Year in 2016.

Add in a strong sense of trust for other citizens, low work weeks, and the social security of the government programs, it’s easy to see why Denmark is the second happiest country in the world.

Finland tops the list as the happiest country in the world, but what makes it so?

It’s a mix of equality — both in terms of gender and access to opportunities, which leads to high social mobility — safety, lack of corruption, high incomes, and a safety net provided by the government. However, most Finns will just tell you to simply be content with what you have, and take pleasure in the little things, such as the sounds of nature or a good sauna.

At the end of the day, there’s no silver bullet to become a happy country. It’s not only about money, nature, or being super advanced, but an environment where people feel they belong to a community.

If you have your basic needs met for free, enough money to live a decent life, freedom to be who you are, and a social network to help you in times of need, you’ll probably be more than happy. 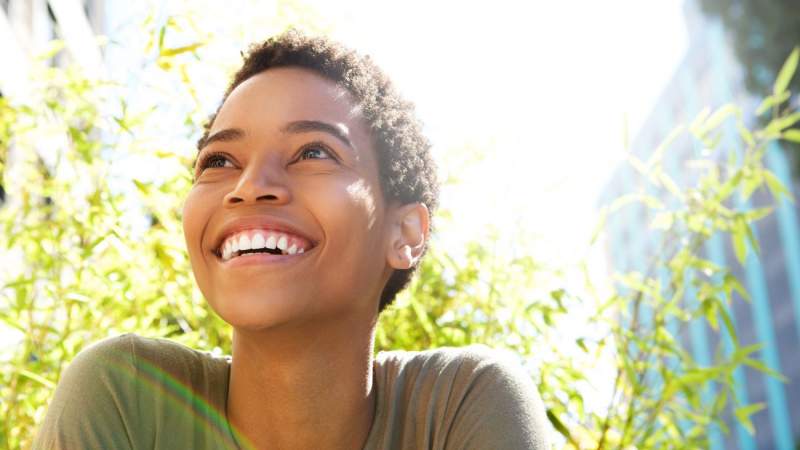