Do You Know the Early Signs of HIV?

Human immunodeficiency virus (HIV) is a virus that can destroy the immune system, and more than 1.1 million people in the U.S. are living with it today. While HIV can be treated and managed, there’s a serious concern about the condition — many people don’t know they’re infected.

About 15 percent, or one in seven people, of those who have HIV don’t even know it. HIV can seem like nothing serious when it first infects the body. But, if left untreated, it can rapidly progress. That’s why it’s so important to know the earliest signs and symptoms of the virus.

When HIV first infects the body, you likely won’t notice any changes. That’s why, in the earliest stage of the virus, many people don’t realize they’ve become infected.

Doctors measure HIV and its signs and symptoms in stages. The first stage, which is called acute HIV infection, is very subtle. After infection, your body’s immune system starts working to fight the virus. This stage typically occurs within two to six weeks after infection.

When the virus is in its first stage, you’ll start noticing the earliest symptoms of HIV. Unfortunately, these symptoms are similar to the symptoms of other common viruses, such as the flu.

So, if you’re experiencing flu-like symptoms, it’s important to see a doctor. When HIV first begins, you’ll experience what feels like a typical bout of the flu for about two weeks. Symptoms may include:

You may also get a red rash on your torso. This rash doesn’t itch, but it does appear while you’re experiencing other symptoms.

Typically, these symptoms occur for just a week or two and then they disappear completely. This can make it seem like everything is back to normal in your immune system. However, it’s important to see a doctor and get tested for HIV.

HIV is a virus that acts rapidly. Within just a few weeks, the virus can wreck your immune system and take hold within your body. As the virus progresses, the infection can become increasingly difficult to manage.

So, when your flu-like symptoms disappear, don’t assume that your immune system has healed your body. It could be a sign that HIV is moving on to the second stage of infection: chronic HIV infection.

During this stage, your immune system is compromised. Your symptoms disappear because your immune system wasn’t able to fight off the virus. So, while you don’t have any symptoms that you can feel or see, you’re actually able to spread HIV to others. This stage can last 10 years or longer.

As HIV progresses, it can reach the third stage — acquired immunodeficiency syndrome (AIDS), or the advanced stage of HIV. Once HIV has become AIDS, you’ll begin experiencing more symptoms.

Symptoms of AIDS may include:

While the symptoms in this stage of the virus are much clearer and make it more obvious that something is wrong, your health is already in great danger. In the AIDS stage, HIV can still be treated. But without treatment, those with AIDS typically only live for three years.

Getting a diagnosis and starting treatment for HIV are critical steps in managing the condition. While there’s no cure for HIV, today’s available treatment options can help you live a long, full life with the virus.

In order to keep HIV under control and your health in its best possible state, you’ll need medication, regular testing, and a doctor’s guidance. With the current HIV treatments available, you’ll be able to live a relatively normal life, if you’re diagnosed before the virus rapidly progresses.

There are a few different ways HIV can be treated.

Prescription medication is the most common way HIV is treated. HIV responds to antiretroviral drugs, which are medications that fight the HIV virus in different ways.

Many patients with HIV take a combination of different antiretroviral drugs. These drug “cocktails” are considered one of the best ways to get HIV under control. A mixture of antiretroviral drugs can also lower the odds of the virus becoming resistant to medication.

Your doctor will perform regular testing and screening to determine your T-cell count. As your numbers change or other health conditions possibly become a concern, your treatment and ART may be adjusted.

Alternative treatments aim to strengthen the immune system, provide relief from symptoms, and improve your overall quality of life. You can try homeopathic medicine, which uses natural substances, such as herbs and vitamins to treat your ailments. Naturopathic medicine is another option, which tries to target the body’s natural healing ability to improve health.

Other alternative treatments are different forms of therapies. Physical therapies, such as yoga and acupuncture, aim to promote healing by focusing on the body itself. Mind-body therapies, such as meditation, use both the mind and body to lessen the effects of pain and side effects.

Get Tested to Get an HIV Diagnosis

Could you be one of the one in seven people who don’t realize they’re already living with HIV? While HIV is a rare virus, it affects tens of thousands of people every year. And, with its first symptoms being subtle and flu-like, it can be tough to know when you’ve contracted HIV.

You should see your doctor to get tested for HIV. Regular testing, especially if you’re at a higher risk of contracting this virus, is the only way to know if you have HIV or not. 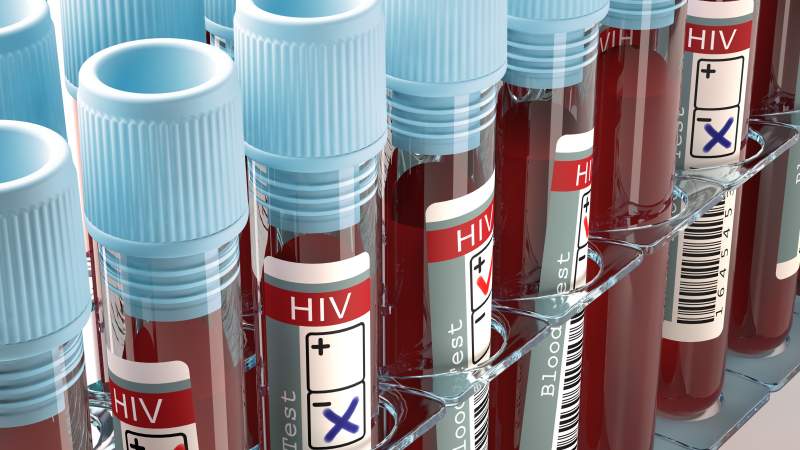