What’s the Difference Between Dementia and Alzheimer’s?

Dementia and Alzheimer’s disease are the leading causes of cognitive impairment and decline in the elderly. Both are frightening illnesses that are closely related.

Despite their close relation, there are a couple of key differences between the two.

Dementia is an umbrella term that describes a variety of medical conditions. These conditions usually involve the deteriorating of memory and cognitive abilities over time, which renders them increasingly dependent on others for daily living. Dementia does not connotate a particular cause or disease, but rather a host of age-related memory loss symptoms and a marked cognitive decline.

Dementia is a progressive and fatal disease which accounts for the death of one out of every three seniors. In fact, it is estimated that dementia-related diseases kill more elderly people than breast and prostate cancer combined.

Alzheimer’s disease is a specific type of dementia. It is characterized by slow and progressive brain cell destruction.

Alzheimer’s was first discovered in 1906 by Dr. Alois Alzheimer while performing an autopsy on a patient by the name of Auguste D. This patient had been suffering from paranoia, profound memory loss, and psychological problems for several years prior to her death. The autopsy results showed dramatic brain shrinkage and abnormal tissue deposits in and around her neurons. Dr. Alzheimer was the first to make the link between the symptoms his patient displayed and brain cell death.

Alzheimer’s is the sixth leading cause of death in the United States. Approximately 10 percent of people over the age of 65 have Alzheimer’s. Out of that number, 75 percent are women. As the elderly population increases, this number is expected to balloon.

As it stands today, every 65 seconds a citizen of the United States develops Alzheimer’s disease.

How are they Different?

When somebody is diagnosed with dementia, they are not diagnosed with a specific disease but rather with a cluster of symptoms. Much like someone who has a cough, it may not be known exactly what the cause is. It could be from smoking, allergies, the flu or lung cancer. In a similar manner, somebody with dementia is experiencing a cluster of symptoms without knowing the underlying cause. Alzheimer’s is but one of the diseases known to cause dementia symptoms.

One other difference is that dementia, depending on the cause, can be reversible, whereas Alzheimer’s is not since its a progressive and terminal illness. Some types of dementia caused by drugs or vitamin and mineral deficiencies are reversible with proper treatment.

Memory loss is usually the first symptom to appear. It may start off as something minor such as forgetting where you put your car keys or failing to recall recent conversations and events.

In the early stages, a person with dementia may realize they are becoming forgetful. As the disease progresses and their memory deteriorates, they lose this awareness. As a result, they may repeat things over and over, frequently misplace items, and put things in strange places.

In the later stages, a person may have difficulty searching for the right words in conversations.

A person with dementia may develop difficulty concentrating, especially when it comes to anything involving numbers. As the disease develops, they may be unable to manage their finances and require the assistance of a relative or trustee.

For those with dementia, poor judgment becomes a problem. For instance, going outside in bare feet and pajamas during a snowstorm.

People with dementia gradually lose the ability to look after themselves and complete routine activities such as shopping, cooking, cleaning, and bathing. Therefore, every task becomes a struggle for them.

This symptom can be especially hard for loved ones to come to terms with.

A doting husband may become irritable and aggressive. A loving mother may become depressed, apathetic, paranoid, or subject to unpredictable mood swings.

Dementia is not only devasting for those living with the disease, but it also takes an enormous emotional and financial toll on society. The brunt of which is borne by family members providing unpaid care.

In 2017, 18.4 billion hours of unpaid care was provided to persons with dementia from their loved ones. Also, according to the Alzheimer’s Association, the total cost of lifetime care for a person with dementia comes in at $341,840.

If a person is experiencing any of the above symptoms, they should make an appointment with their family doctor.

Although there is no cure for Alzheimer’s, you can slow the progression if caught in the early stages. Like mention above, certain types of dementia are reversible. Therefore, it’s important to seek treatment as soon as possible. 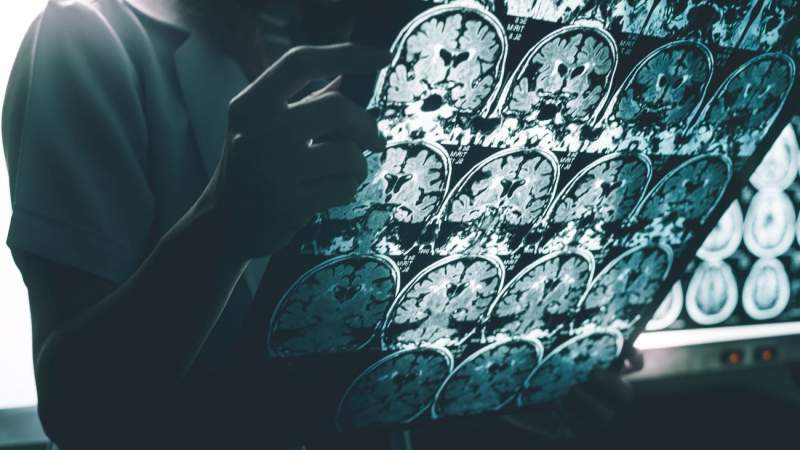