Everything You Need to Know About Alzheimer’s Disease

Alzheimer’s disease is a progressive disorder that causes brain cells (neurons) to degenerate and die. It is the most common cause of dementia, a continuous decline in thinking, behavioral and social skills that disrupts a person’s ability to function independently. In fact, it accounts for 60 to 80 percent of cases of dementia.

Additionally, Alzheimer’s disease is the sixth leading cause of death in the United States. Contrary to popular belief, it is not only a disease of old age, as almost 200,000 Americans have early-onset Alzheimer’s.

The brain has more than 100 billion nerve cells. The destruction and death of these neurons cause memory failure, personality changes, problems carrying out daily activities, and other symptoms of Alzheimer’s disease.

Although the exact cause of this disease is unknown, scientists suspect that plaques and tangles are the prime suspects in damaging and killing nerve cells. Plaques represent abnormal deposits of a protein called beta-amyloid, which accumulate in the spaces between nerve cells. Tangles are the twisted fibers of the protein tau, which builds up inside cells.

Memory loss is the primary symptom of Alzheimer’s disease, and the microscopic changes (i.e., plaques and tangles) in the brain are present long before the first signs of memory loss. An early sign of the disease is usually difficulty remembering new information, such as recent events or conversations. This is the case because Alzheimer’s disease begins in the portion of the brain that affects memory and learning.

As the disease progresses, it can lead to several impairments in the following areas:

Eventually, individuals with Alzheimer’s may lose the ability to perform basic tasks such as eating, bathing, dressing, and walking.

Although the cause of the disease is unknown, scientists agree that a mix of genetic, lifestyle, and environmental factors interact to play a role in its causation. As such, risk factors for Alzheimer’s disease include:

As you may be concerned whether your forgetfulness is due to normal aging or Alzheimer’s disease, there are several brief and reliable tests that are available to screen for the disease. These screening tests may be done in the office, the waiting room, or even at home before your appointment.

The two most commonly used screening tests/assessments for Alzheimer’s are:

It should be kept in mind that screening tests for Alzheimer’s should not be substituted for a full diagnostic evaluation by a licensed health care provider.

There are “six pillars” involved in the prevention of Alzheimer’s.

The first pillar is regular exercise, as it can reduce your risk of developing Alzheimer’s disease by up to 50 percent. Your exercise target should be at least 150 minutes of moderate intensity exercise per week.

The second pillar of prevention is social engagement. It’s never too late to meet others and develop new friendships as well as making time to cultivate ongoing friendships.

The third pillar of Alzheimer’s prevention is a healthy, balanced diet. Some researchers recommend the Mediterranean diet, as studies have shown that it dramatically decreases your risk of Alzheimer’s.

The fourth pillar of prevention is mental stimulation. So, learn something new, as it is really “use it or lose it” with regards to the brain.

The fifth pillar of Alzheimer’s disease prevention is getting quality sleep. On average, adults should get between seven and nine hours of sleep per night, which varies individually.

Other tips to potentially reduce your risk of Alzheimer’s are quitting smoking, adequate control of blood pressure, cholesterol, blood sugar, and weight levels, and drinking alcohol in moderation.

People with memory loss or other possible signs and symptoms of Alzheimer’s should see a doctor as soon as possible. Early and proper diagnosis of the disease is crucial because several conditions, including treatable conditions, can result in memory loss.

Often, these signs of dementia may be more obvious to family members or friends, as those with the disease may find it hard to recognize they have a problem. So, if you have concerns about dementia, they can only be sorted out with a visit to your doctor.

Currently, an autopsy or brain biopsy is the only way to make a definitive diagnosis of Alzheimer’s disease. In clinical practice, the diagnosis is usually made based on the history and findings on the MMSE. Furthermore, there is no single diagnostic test that can determine if someone has Alzheimer’s disease.

When seeing your doctor for a diagnosis, they may ask you the following:

Your physician will evaluate your physical and mental well-being as well as review your medical history. They will also:

If you are indeed diagnosed with Alzheimer’s, you may receive referrals to a number of specialists to help with your care, including a neurologist, psychiatrist, and/or geriatrician.

Depending on what you read, many doctors recognize four stages of Alzheimer’s dementia: preclinical, mild, moderate, and severe. At each successive level, you progress from no perceivable symptoms to severe symptoms, such as weight loss, difficulty swallowing, and lack of bowel and bladder control.

Additionally, the Alzheimer’s Association describes seven stages along a continuum of cognitive decline, based on symptom severity. Their scale ranges from a state of no impairment with normal outward behavior, through mild and moderate decline, eventually reaching “very severe decline” with the need for round-the-clock assistance/care.

As Alzheimer’s progresses, the higher your likelihood of complications from the disease.

Common complications from Alzheimer’s include:

Currently, Alzheimer’s disease has no cure, but treatments for symptoms are available and research continues. Varying treatments have the potential to temporarily slow the worsening of symptoms and improve the quality of life for those with Alzheimer’s, including their caregivers.

The standard symptomatic medical therapies include cholinesterase inhibitors and a partial N-methyl-D-aspartate (NMDA) antagonist. Donepezil (Aricept), rivastigmine (Exelon), and galantamine (Razadyne) are examples of cholinesterase inhibitors and are often started in the treatment of mild to moderate Alzheimer’s. The partial NMDA antagonist memantine (Namenda) is approved by the FDA for the treatment of moderate to severe Alzheimer’s disease.

A variety of behavioral and medication interventions can alleviate the secondary clinical manifestations of Alzheimer’s disease, such as anxiety, depression, agitation, psychotic behavior, and sleep problems.

Agitation and psychotic behavior can benefit from treatment with neuroleptic and/or mood modulating agents. Haloperidol (Haldol), risperidone (Risperdal), quetiapine (Seroquel), and olanzapine (Zyprexa) are examples of neuroleptic agents, while sodium valproate (Depakote), carbamazepine (Tegretol), and gabapentin (Neurontin) are examples of mood modulators. Mood modulators were once primarily used as anti-seizure medications. Neuroleptic agents should be used at the lowest possible effective dose, as these agents are fraught with risk, especially in fragile elderly patients with Alzheimer’s.

Sleep disturbances that occur with Alzheimer’s often respond to treatment with trazodone (Desyrel), which initially was an agent used to treat depression before being supplanted by better antidepressant medications such as SSRIs.

As always, talk to your doctor about possible alternative medications for Alzheimer’s and their potential interactions with other medications you may be taking.

Once diagnosed with Alzheimer’s disease, your focus should shift on how to live with the disease.

Most doctors agree that early treatment may help relieve symptoms and keep you independent for a longer period of time. On average, a person with Alzheimer’s lives four to eight years after their diagnosis, but you may live as long as 20 years, depending on other factors.

At some point, you will need help caring for yourself, which is why preparation is important. You need this time to prepare emotionally, work out living arrangements with an emphasis on safety, make financial and legal decisions, and build up your support network.

For your financial and legal decisions, you should consider who you want to manage these decisions and name them in a power of attorney document.

Additionally, advanced directives encompass concepts such as a living will and power of attorney for health care. A living will is a legal document that allows you to specify whether or not you want doctors to use life support procedures if you become permanently unconscious or can no longer make informed decisions about your medical care. A power of attorney for health care, also known as a health care proxy, is a document that lets you state who should make health care decisions for you if you’re no longer able to make them yourself.

As Alzheimer’s disease progresses, your safety — especially home safety — comes to the forefront.

Almost one in every four senior citizens has a fall at least once a year, which is even more common for individuals with Alzheimer’s. The best way to manage falls is to prevent them from happening in the first place.

It all begins with a “home safety check-up” to make note of and fix any problem areas. Some tips to prevent falls include:

Individuals with Alzheimer’s disease are at higher risk for burns, as they may be unaware of danger due to their disease. Scalding can occur from steam, hot bath water, and hot foods and liquids. Also, Severe sunburns are not uncommon and are mostly due to unawareness.

It’s a good idea to avoid cooking or get help with cooking chores from a family member or loved one, as the stove — whether gas or electric — will undoubtedly become a concern. Plus, you should avoid wearing loose clothing, as these can catch a flame more easily, and keep a fire extinguisher in the kitchen as well as make sure smoke alarm batteries are fresh.

At some point, as a direct effect of Alzheimer’s disease, you may stop taking caring of yourself or where you live. Therefore, you should be aware of the types of care that are available to you, in the event your family is no longer able to adequately care for you.

There are three general categories of care:

Currently, there is no cure for Alzheimer’s disease, which is why the disease is at the forefront of worldwide biomedical research today. Researchers are working to uncover as many aspects of Alzheimer’s as possible, which should help find better ways to treat the disease, delay its onset, and prevent it from developing.

The disease is not a normal part of aging, and with education, treatment, and support, both you and your family can cope with a diagnosis of Alzheimer’s disease. 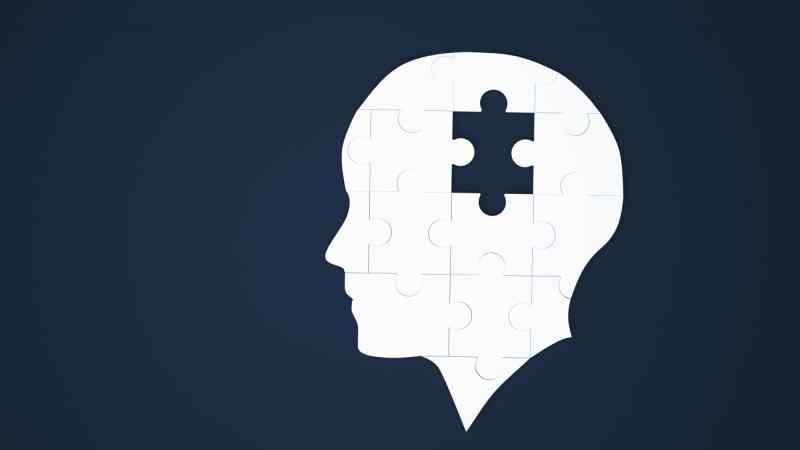