Heart Attacks: The Signs, Causes, and Different Effects on Men and Women

Are you worried about the possibility of a heart attack? You should be because heart attacks are incredibly common, and they can strike at any moment. Every year, the CDC reports that approximately 735,000 people in the United States have a heart attack. This number is staggering, but it makes sense since this is a prevalent health problem. In fact, a shocking one in every four deaths is heart-related.

This is why it’s extremely important to learn to recognize the different signs and symptoms of oncoming heart problems, such as a heart attack. A heart attack can look different in men and women, and they always happen suddenly. But the chances of survival increase greatly when a heart attack is spotted immediately.

In order to spot when a heart attack is happening, here’s what you need to know about their causes, symptoms, and potential differences in men and women.

What is a Heart Attack?

A heart attack is a sudden event that occurs when blood (and hence oxygen) traveling to the heart is blocked. It can happen suddenly, but it often comes with warning signs.

The types of blockages that cause heart attacks occur because of a process called atherosclerosis. With atherosclerosis, the coronary arteries become blocked with fat, cholesterol, and other materials that form a structure called a plaque. When a piece of plaque breaks off, a blood clot forms behind it, which effectively stops the flow of blood and oxygen to the heart.

Once the heart is starved for oxygen for any period of time, a process called ischemia starts to occur. When this happens, the heart muscle is damaged and can even die due to the lack of vital oxygen.

The damage from ischemia is called a heart attack, which is referred to clinically as a myocardial infarction. So, a heart attack is essentially the culmination of a few problems that begin with plaque buildup in the arteries.

What Causes a Heart Attack?

As mentioned above, heart attacks are primarily caused by atherosclerosis, or the gradual buildup of plaque in the coronary arteries.

But, while a heart attack happens suddenly, atherosclerosis actually begins much earlier. Atherosclerosis can occur over years with absolutely no warning signs.

Sometimes, when atherosclerosis is occurring in one artery, others around it will expand to compensate and keep the blood flowing towards the heart. But, this is something you’d never notice or feel. It’s only when the blocked artery causes damage to the heart that you feel any symptoms. By then, it’s usually too late to stop a heart attack from occurring.

Some heart attacks can also be caused by spasms in the coronary artery. The spasms cause the artery to narrow, which either fully or partially stops the blood flow to part of the heart. Doctors still aren’t sure what causes these spasms, but they can come on suddenly.

While heart attacks are both frightening and common, they aren’t the only kind of major cardiac event that can strike. Cardiac arrest can also happen, and while it might seem just like a heart attack, it’s quite different.

Cardiac arrest and heart attacks aren’t the same thing. Heart attacks are caused by physical blockages in the coronary arteries that stop oxygen-rich blood from reaching the heart.

A cardiac arrest is what happens when the heart suddenly stops beating. It’s typically caused by irregular heart rhythms called arrhythmias. There are several different types of arrhythmias, but all of them have the potential to cause sudden cardiac arrest.

Although cardiac arrest is uncommon, it can happen. If it occurs, a person in cardiac arrest can be saved by the timely application of a defibrillator, which shocks the heart into beating in a normal rhythm.

Can a Heart Attack Be Prevented?

It’s frightening to think that your body could be building up plaque for months or even years without noticing, leaving you vulnerable to sudden heart attacks. But, you can actually prevent the causes of a heart attack before they create a dire health crisis.

The causes of atherosclerosis (the process where the arteries harden and narrow as they fill with plaque) are easily preventable and treatable. High blood pressure, smoking, and high cholesterol can lead to plaque buildup in the arteries. Although people often show these symptoms in their middle to later years, if you notice any of the potential plaque-causing issues in your younger years you can start treating them ASAP.

It’s important to take care of yourself throughout your lifetime. Developing healthy habits can prevent plaques from building up in your arteries. Even if a plaque does form, severe atherosclerosis can be prevented through regular exercise, managing type 2 diabetes mellitus, lowering stress, and treating issues such as high cholesterol and blood pressure. It’s also a good idea to avoid smoking and excessive amounts of alcohol.

Do Heart Attack Symptoms Differ From Person to Person?

Knowing what a heart attack looks like when it’s happening is key to getting help as quickly as possible. The faster you’re able to get help, either for yourself or someone else, the better the odds of survival will be.

When a heart attack happens, different symptoms and signs can appear. Typically, everyone exhibits the same signs in the early stages of a heart attack, including:

However, as heart attacks progress and worsen in intensity, the symptoms you experience can vary depending on your gender. Men and women can have different symptoms during a heart attack, and it’s important to know what both genders experience.

When a heart attack moves beyond the early stage, men typically experience the following symptoms:

In women, the same stage of a heart attack can cause the following symptoms:

Symptoms can begin well in advance of a heart attack. Healthline reports that 80 percent of women who had heart attacks actually experienced symptoms a month before the actual event. The same could happen in men, but the feelings, pain, or general discomfort may vary. That’s why it’s so important to get medical care if anyone is experiencing the signs or symptoms mentioned here.

Heart attacks don’t have to cause sudden death, but they certainly can if not noticed or not treated as quickly as possible. The speed of medical treatment plays a huge role in the survival rate once anyone has had a heart attack.

However, there is a big difference between men and women when it comes to surviving and recovering from a heart attack. According to the American Heart Association, women who have a heart attack at age 55 or younger tend to fare worse than men. If they survive a heart attack, they often take longer to recover, struggle both physically and mentally, and have a lower quality of life.

This may be, according to Harvard Medical School, because women often overlook the signs of a heart attack more than men. It’s been found that women tend to minimize their symptoms, delay treatment, and refuse to acknowledge the signs of a serious issue.

Surviving a heart attack is a complicated matter. It requires fast medical attention and paying close attention to your body and health. Your general age and overall well-being also play a role in your survival. But, it’s important to remember that no matter your gender, a heart attack should be taken seriously.

If you feel anything out of the ordinary, especially if you’re at risk for a heart attack, call 911 right away. You should pay attention to any changes in your health and make sure to seek a doctor’s advice. 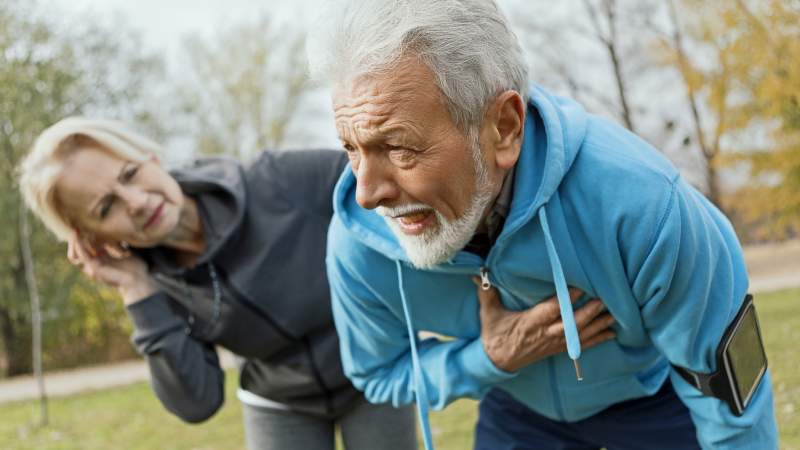