Before diagnosis, the doctor will prescribe a dose of at least one short-acting inhaled bronchodilator, a medication that relaxes the muscles in and around your airways, making breathing easier. If symptoms continue, the doctor will use spirometry, a test where an individual blows into a handheld device that records how much air they can blow in and out, in order to confirm the diagnosis.

The Global Initiative for Chronic Obstructive Lung Disease (GOLD) system is used to classify the stages of COPD. The GOLD classification system can be used to characterize the severity of COPD and, in the past, has been used to formulate treatment plans and determine prognoses for the disease.

Using spirometry, the GOLD stages of COPD are defined by measuring how much air you can exhale from your lungs in one second. The measurement received from this test is known as the forced expiratory volume (FEV1).

Stage I COPD is defined by an FEV1 greater than or equal to 80 percent, which is considered mild obstruction.

Stage II COPD is defined by an FEV1 between 50 percent and 80 percent. It is characterized by moderate obstruction.

At this stage, you will probably notice the following symptoms:

Stage III COPD is defined by an FEV1 between 30 percent and 49 percent. It is characterized as severe obstruction.

Undoubtedly, all of the aforementioned symptoms will have increased. In addition, the following new symptoms may appear:

Stage IV COPD is defined by an FEV1 less than 30 percent and is characterized by very severe obstruction. This stage is often referred to as “end-stage” COPD.

Notable signs and symptoms include:

End-stage COPD, also known as Stage IV COPD, deserves special mention as it is a stressful time not only for the body but also for the mind. End-stage refers to the fact that this stage represents “the last phase in the course of a progressive disease.” As a result, it may be compounded by significant complications.

Many with Stage IV of the disease equate it with imminent death or a period of grave disability before death, which is not always the case. As a result, palliative care becomes a huge part of living with end-stage COPD.

At this stage, everyday activities become very challenging mostly due to breathlessness. Therefore, you may notice your visits to the emergency department and hospitalizations becoming more frequent. Plus, you are more at risk of:

Palliative care (also known as hospice care) is an integral part of care for those with end-stage COPD.

A great misconception is that this care is for imminent death. On the contrary, this type of care can be used to improve your quality of life, as its focus is providing you with more effective care.

Your health care team’s main objective is to ease your pain/discomfort and control or ease your symptoms. A personalized treatment plan that encompasses the optimization of your physical and mental well-being will be formulated and executed.

Currently, there is no known cure for COPD. The goals of COPD treatment include controlling symptoms, decreasing the risk of complications and exacerbations, and improving quality of life.

Quitting smoking is the foundation of any COPD treatment plan. Nicotine replacement is a good place to start and is available in the following forms: patches, gums, lozenges, nasal sprays, and inhalers.

Bupropion (Zyban) and varenicline (Chantix) are oral medications that are also commonly used for smoking cessation. Although they do not contain nicotine, they do help with nicotine cravings.

The following classes of medication are used to treat COPD:

Supplemental oxygen therapy and pulmonary rehabilitation are very helpful for those with moderate to very severe COPD.

Oxygen therapy has the potential to improve your quality of life and is the only therapy for COPD that has been shown to increase survival. On the other hand, pulmonary rehabilitation may decrease hospitalizations, increase participation in everyday activities, and improve quality of life for COPD patients.

As of late, there has been renewed interest in the use of natural, or alternative, treatments for COPD. This includes:

In the 2016 update of the GOLD guidelines, which not only take into consideration spirometry but also symptoms, the number of flares, and the number of hospitalizations, COPD patients are now classified in the following groups:

With early diagnosis and treatment, people can live for many years, despite it being in the end-stage. 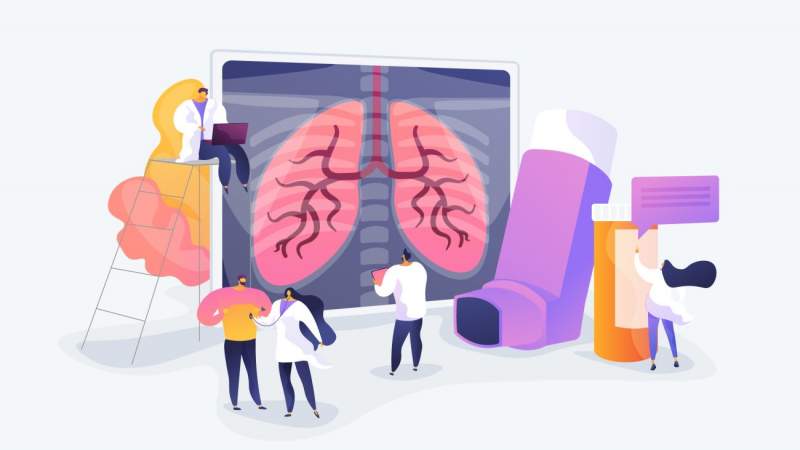