Everything Seniors Need to Know About Rheumatoid Arthritis

Rheumatoid arthritis (RA) is one of the most common autoimmune diseases. It comes in multiple forms such as RA, early-onset RA, and elderly-onset RA.

Per the Centers for Disease Control and Prevention (CDC), 1.5 million Americans currently have RA and the vast majority of them are women. This debilitating condition is especially prevalent in members of the elderly population. In fact, a study published by Sage Journals indicated that RA is one of the leading autoimmune diseases for those above the age of 65.

Symptoms of Rheumatoid Arthritis in Seniors

Like most diseases that affect the body’s immune system, RA comes with a long list of potential symptoms. It’s important to be aware that every person experiences this disease differently. Therefore, you can have RA without dealing with every symptom on this list. You could also have different symptoms, so be sure to discuss everything you’re feeling with your doctor.

The common symptoms of RA are:

Many of these symptoms are also present in other medical conditions such as fibromyalgia. You can expect your doctor to order a rheumatoid factor blood test to help him or her differentiate between these diseases.

Causes of Rheumatoid Arthritis in Seniors

Much like many other autoimmune disorders, scientists haven’t yet discovered the specific causes of RA. However, we do know that RA creates an unnecessary immune response that forces the body to attack healthy cells.

The CDC has also published a list of risk factors that can increase your odds of developing RA, including:

As WebMD has pointed out, there are several treatment options for seniors who suffer from RA. The ultimate goal of each treatment is to reduce the potentially disabling side effects of RA by providing pain relief and minimizing inflammation.

Most seniors with RA will initially be treated with at least one non-steroidal anti-inflammatory drug (NSAID). Depending on the severity of the condition, this can range from over-the-counter medications such as naproxen and ibuprofen all the way to high-strength prescription NSAIDs.

DMARDs to Slow Down the Disease

NSAIDs can reduce pain, but they don’t prevent joint damage. Disease-modifying anti-rheumatic drugs (DMARDs) are able to slow the progression of the autoimmune disease.

Senior patients often report great results from DMARDs such as methotrexate. Other DMARDs that are known to provide relief include sulfasalazine, leflunomide, and hydroxychloroquine.

Biologics can provide an easier life for seniors with RA, but they also make patients much more susceptible to infections. Due to this, doctors typically only turn to biologics when DMARDs aren’t enough to control RA symptoms.

Biologics come in several forms, with Humira and Remicade being among the most commonly prescribed options.

Steroid shots, pills, and creams are an option for severe RA flares. Symptoms such as inflammation and pain are reduced greatly for most senior patients who use steroids on an as-needed basis.

Replacement joint surgery is sometimes an option when a patient’s joints become damaged to the point of causing unbearable pain. The areas of the body that are most prone to responding well to joint replacement surgery include knees, hips, and shoulders. This process can restore joint functionality for an average of 15 to 20 years.

Seniors don’t have to rely on medication or surgery alone to help them deal with RA. Instead, they can also incorporate alternative treatments that won’t be as hard on their body.

Per WebMD, some of the most successful alternative treatment methods include:

Learning to deal with pain may seem impossible, but you can learn how to readjust your way of looking at, and reacting to, RA pain. Cognitive therapy and mindfulness practices such as tai chi, meditation, and deep breathing often provide helpful benefits.

Some senior RA patients have experienced a reduction in morning stiffness and swelling by taking nutritional supplements, especially fish oil and borage seed oil. Always discuss supplements with your doctor to avoid the risk of a negative interaction with your existing medication.

The prognosis for seniors with RA varies greatly based on the exact version of RA that has been diagnosed. For example, WebMD says that those with elderly-onset RA often face symptoms that are less severe than standard or early-onset RA sufferers. Either way, getting treatment as soon as possible is one of the best ways to live a longer, less painful life.

Keep in mind that joint damage is the consequence of delayed treatment, which can lead to disabling joint problems and pain. 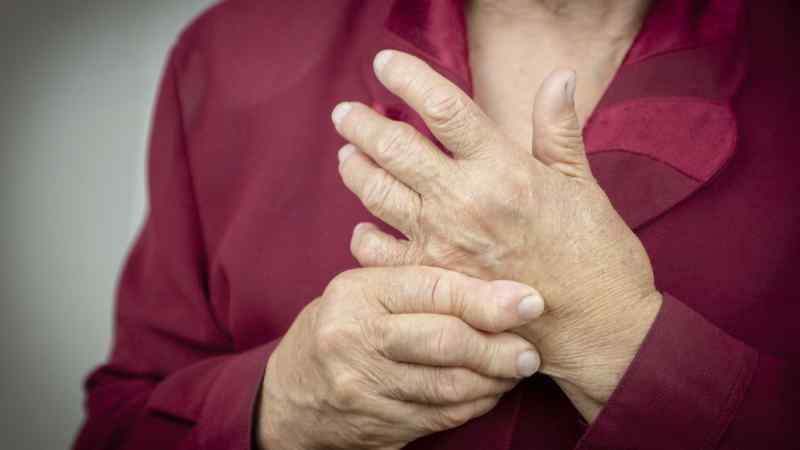