In a culture that’s intensely focused on survival and treatment, it’s important to understand what happens to our bodies in the more advanced stages of breast cancer. That way, even if we aren’t the ones diagnosed, we can more effectively support those that have.

Where Can Breast Cancer Spread?

It’s estimated that between 20 to 30 percent of people who develop breast cancer will eventually have their cancer metastasize. It’s very common for cancer cells to break off the original tumor and travel through the bloodstream or lymphatic system. Once the cancer cells have settled in a new area, they multiply until there’s another tumor.

It’s most common for breast cancer to metastasize into the lungs, brain, liver, and bones. In order to diagnose these metastases, doctors may perform blood tests, do an MRI of the spine or brain, or order a CT scan of the torso. You can order more than one test, in order to confirm a diagnosis so they can target the treatment as effective as possible.

Symptoms of metastatic breast cancer tend to vary depending on where in the body the cancer has spread.

It’s most common for breast cancer to spread to various nearby bones, which is typically heralded by new, sharp pains in the bones. Fatigue, nausea, and weakness are also symptoms that breast cancer has metastasized to nearby bones. If the cancer metastasizes to the lungs, coughing, pain in the lungs, and shortness of breath are common symptoms. In 10 to 15 percent of cases, breast cancer metastasizes to the brain, which may be diagnosed following symptoms like headaches, memory problems, changes in balance, or seizures. If the cancer has spread to the liver, symptoms can be subtle. However, weight loss, fever, bloating, and jaundice are often indicators that the cancer has recently metastasized to this area.

If you’re already experiencing symptoms from your breast cancer and are undergoing intense treatment, it can be difficult to isolate or even register new symptoms. However, it’s important to monitor new symptoms and consult a doctor right away if you start feeling differently. New symptoms could be the first indicator that your breast cancer has metastasized to a new area of your body.

There are a few different treatment options available for metastatic breast cancer. All these work in different ways and may be more or less effective depending on what stage your cancer is in and where it’s located.

Chemotherapy is one of the most common types of cancer treatment. Through medication that’s administered either intravenously or orally, doctors use chemotherapy to target the cancer and prevent it from growing or spreading. There are dozens of different medications used in chemotherapy, and doctors work carefully to determine the best chemotherapy regime for each patient.

While you’re undergoing chemotherapy, your doctor will be testing and monitoring your condition closely, so they can change the dosage or medication according to its performance.

Radiation therapy, which is also called radiotherapy, uses a high-energy beam to destroy cancer cells. It’s thought to be one of the most effective ways to do this. Radiation therapy is often used after surgery to ensure that each individual cancer cell is removed.

In the past, side effects from radiation were a lot worse than they are now, which is one reason why radiation remains frightening for a lot of people.

While it’s not really possible to remove all the abnormal cells with surgery once the cancer has metastasized, surgery is still a great resource that many surgeons use to help improve their patients’ quality of life. Metastatic cancer is typically spread into too many parts of the body for any kind of removal surgery to be viable. Instead, doctors can operate to repair broken bones or surgically unblock areas that are being damaged by cancer tumors.

On rare occasions, people with de novo metastatic breast cancer can opt to have their primary tumor removed, which some doctors believe has a positive effect on their long-term survival rate.

Targeted therapy is a type of treatment that uses medication to “target” certain substances in the body that assist in the growth or metastasis of cancer cells. This type of treatment is less harmful to healthy cells, which makes it more attractive to some patients who are afraid of the side effects that are common with chemotherapy and radiation therapy.

There are lots of different types of targeted therapy medication, which are used either on their own or in a combination.

However, there is hope. Almost 25 percent of women diagnosed with metastatic breast cancer live at least five more years. Plus, there are lots of treatments that can make your daily life a lot more comfortable. 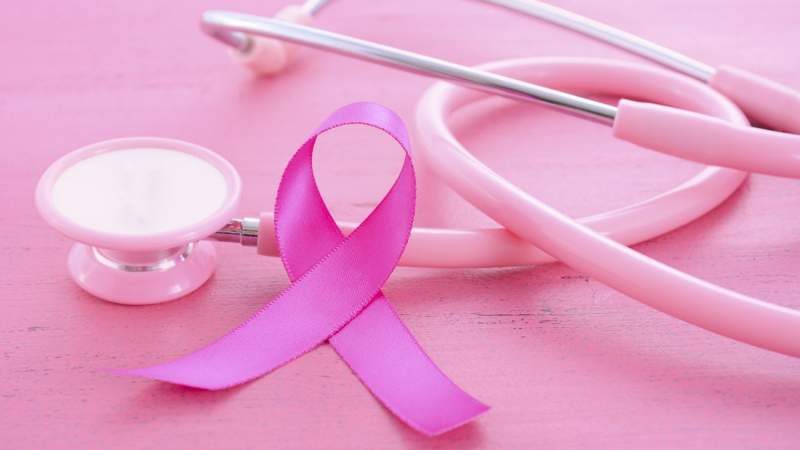