Could These 7 Old Illnesses Make a Return?

As if you don’t have enough to worry about with a tumultuous economy and unprecedented political strife, a number of old-world illnesses are on the verge of a comeback.

Though most medical professionals agree that that vaccination is one of the most important public health achievements of the 20th century, there has been push back. The current movement kicked off in 1998 by a handful of stories published by a British Doctor named Andrew Wakefield. The first story erroneously linked bowel disease and autism with the Measles-Mumps-Rubella vaccine.

The anti-vax movement is certainly contributing to the re-emergence of diseases once pronounced dead, but it’s far from the only reason. Ineffective antibiotic treatments, poverty, population density, and a lack of education are all to blame. I can’t mail you vaccines, and I’m not rich enough to improve your financial situation, but I can certainly help on the education front.

Today, we take a look at the numerous infections, diseases, and viruses that the medical community believe may make a comeback. Let’s go!

Whooping cough, (aka pertussis) is a highly contagious bacterial disease that presents symptoms not unlike that of a common cold. The symptoms often begin with a fever, runny nose, and a mild cough. Unlike the common cold, the fun does not end there. Symptoms of whooping cough can last for as long as 10 weeks, with violent, uncontrollable coughing that has led to broken ribs, vomiting, and exhaustion. And, thanks to the tin-foil-hatted community, it’s back in a big way.

Calling the sudden emergence of whooping cough a “comeback” wouldn’t be entirely accurate. The truth is, medical professionals have been using vaccinations to curb the spread of whooping cough since the 1940s. For the most part, the vaccines have worked, limiting the number of cases to roughly 15,000 per year.  But the reported cases are growing.

Why? Well, the anti-vaccination movement has played a significant role. If you want to protect yourself or your child from the ever growing risk of whooping cough, get the vaccination! 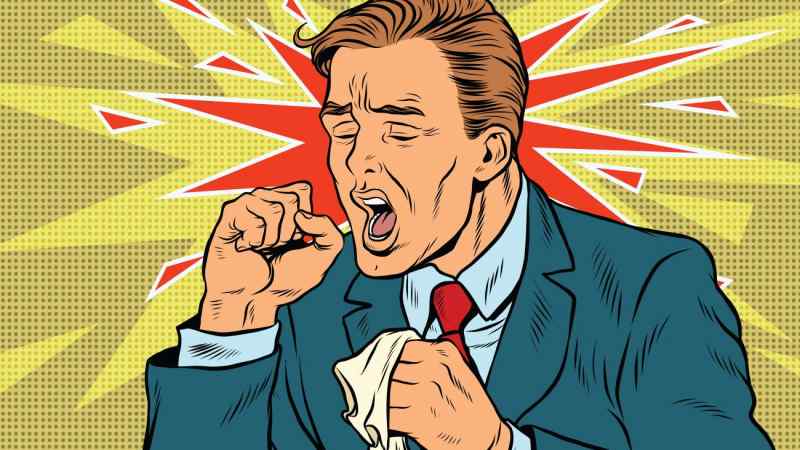 The Plague, often referred to as the Bubonic Plague or Black Death, is unanimously considered to be one of the most devastating pandemics human beings have ever seen. During the height of the Black Death’s reign of terror (1665-66), the disease killed roughly one-fifth of the entire population of London. And, unfortunately, it’s also back.

Again, to be fair, the plague never actually went anywhere. Though most of the developed world has been safe from the reach of the Plague, the developing world hasn’t been as lucky. The plague killed 71 Madagascar natives as recently as 2015, it forced a Chinese city of 30,000 residents in to a mandatory lockdown, and it has been far from invisible in the U.S., too.

Thankfully the medical profession has come a long way, and treatment for the plague is widely available. Still, it’s hard to rest easy knowing that something called The Black Plague exists in the world. 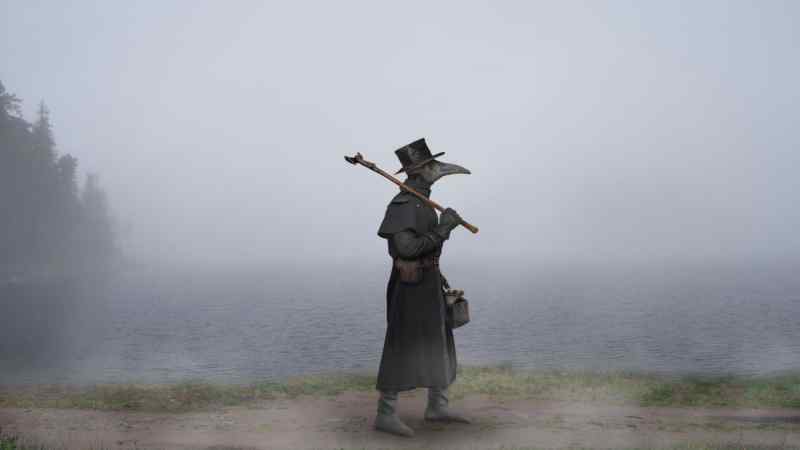 You may think that The Plague is the most dangerous disease out there, but don’t sleep on measles. This viral respiratory infection is incredibly contagious and incredibly dangerous. Before the 1963 introduction of a measles vaccine, the disease caused as many as 2.6 million deaths each year. Today, it still ranks as one of the leading causes of death among young children, claiming over 89,000 lives in 2016 alone.

The frustrating thing about the re-emergence of the disease is that it’s entirely preventable. The measles vaccine is effective, available, and relatively inexpensive. And yet, here we are.

For those unfamiliar with the disease, measles symptoms include a total-body skin rash and flu-like symptoms.

Mumps shares many symptoms with the flu including headaches, fever, muscle aches, and exhaustion. The second phase of the viral disease is much more prominent, painful swelling of the salivary glands, which can last for as long as 10-days.

It’s an awful disease, which is why the MMR vaccine is administered to most of us at an early age. The thing is, vaccines are far from perfect and the seemingly endless outbreaks of mumps occurring all over the world is proof of that.

A recent study published in the Science Translational Medicine journal attributes the various international outbreaks to the waning effectiveness of the vaccine. It’s believed that a booster shot at the age of 18 could be the answer. 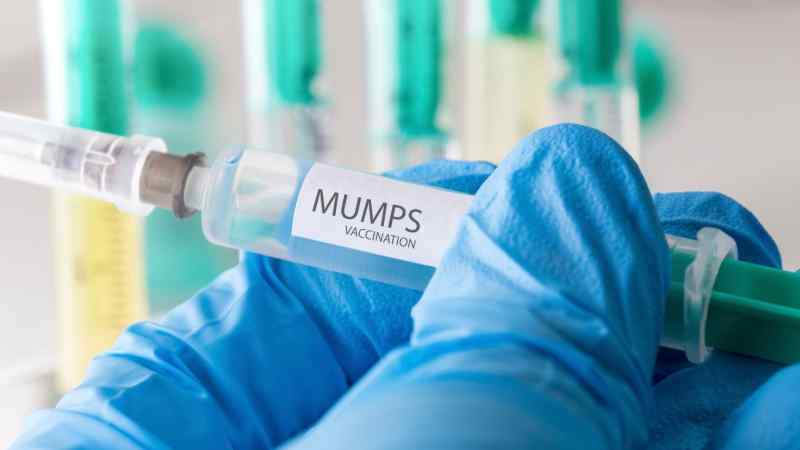 Legionnaires’ disease is a form of pneumonia that presents itself in more than a few, troubling ways. Coughing, shortness of breath, high fever, muscle pains, vomiting — it’s a nightmare. Though there is no vaccine to protect against the disease, there are treatments. For the most part, antibiotics have kept Legionnaires’ Disease at bay. That is, until the old-world malady started grabbing headlines once again.

Legionnaires’ disease is usually the direct result of a contaminated hot water tank (think hot tubs and cooling towers of large air conditioners), and people catch it by ingesting the contaminated water. The disease caused 16 deaths in a New York outbreak in 2015, which was just one of six community-associated Legionnaires’ outbreaks in New York since 2006.

Legionnaires’ disease is curable, as long as it’s caught. Education is everything. That and, you know, actually going to the doctor to get it checked out. 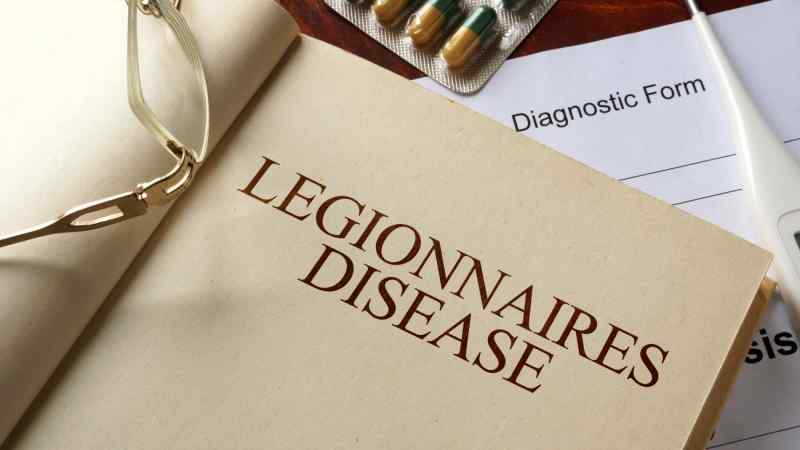 We take our relatively polio-free world for granted. That much is certain. In the 40s and 50s though, North America wasn’t so lucky. People were terrified, and rightfully so. At the epidemic’s peak in 1955, Polio claimed more than 3000 lives. Thanks to the polio vaccine, the fear of coming down with this deadly disease has been quelled. The disease, however, is far from dead.

For the uninitiated, polio is an infections disease that’s all but invisible. Three out of four people don’t even show symptoms. Those that do, experience a sore throat, fever, nausea, and stomach pain. If gone unchecked, the disease can invade and infect the brain and spinal cord, which can lead to paralysis and death.

Recently, the global polio threat has reemerged in startling fashion. The problem got so bad in 2014 that it caused the World Health Organization to declare “a public health emergency of international concern.” Today, Polio is spreading across much of the developing world including war-torn Syria, the Congo, and Pakistan.

The best way to protect yourself against this invisible, deadly disease: get vaccinated!

Scarlett Fever begins a strep throat, but it’s symptoms are much more devastating than a swollen and scratchy throat. A high fever combined with a bright red body rash are the most common signs that a patient has contracted Scarlet Fever. The disease mostly effects children between the ages of five and 15 and can be debilitating (and even deadly) if untreated.

Scarlet Fever can be treated with antibiotics, but that hasn’t kept the disease at bay. In fact, Scarlet Fever has stolen headlines recently, with a staggering number of reported cases in the UK. The best way to protect your children from Scarlet Fever is first, check for symptoms, and second, take them to the doctor. Remember, Scarlet Fever may not seem like a big deal, but complications associated with Scarlet Fever could be life threatening. 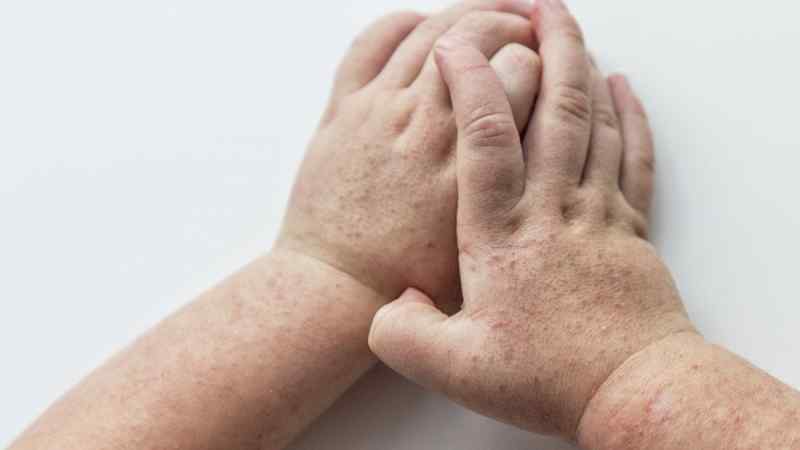