Magnesium Deficiency: Do you Have it?

Did you know magnesium deficiency is considered a widespread health problem? It’s one of the most common nutrient deficiencies with up to 90 percent of the population suffering from it. Magnesium is responsible for over 300 vital biochemical reactions and influences metabolism, immune function, and blood pressure among other health aspects.

Although poor nutrition might be the main reason for the deficiency, some say that the soil is depleted of magnesium due to new agriculture methods. Also, the chlorine and fluoride added to the water supply bind to magnesium making it less available in the water.

Carry on reading to find out if you may have the symptoms of magnesium deficiency.

Muscle cramps, twitches, and spasms are one of the tell-tale signs you might be lacking magnesium. In some severe cases, the deficiency can lead to seizures or convulsions. Scientists believe It’s a consequence of a greater influx of calcium into the cells.

Calcification can cause stiffening of the muscle tissues and hyperstimulation of the muscle nerves, which induces the spasms. Bear in mind that involuntary muscle twitching has many causes such as too much caffeine, but if it’s a persistent problem, you should probably see a doctor. 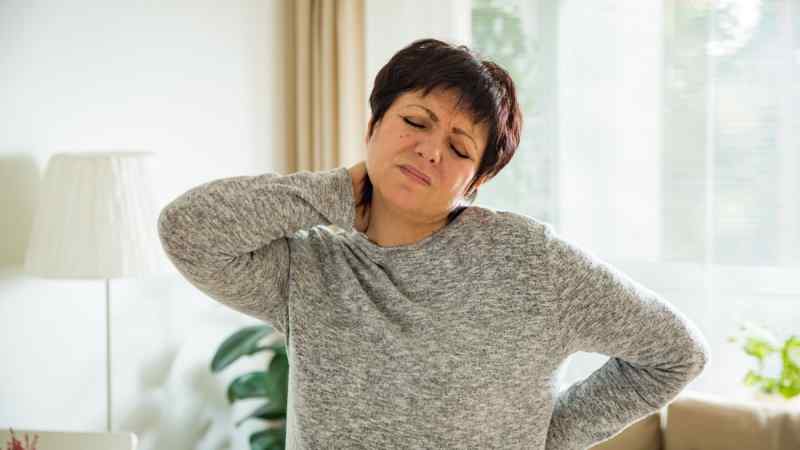 Studies show that low magnesium levels are associated with depression, mood disorders, anxiety, and in the worst cases, delirium and possibly comas. So, if you’re experiencing these symptoms, you may actually need a nutritionist instead of a psychologist.

In a healthy person, magnesium sits on the NMDA receptor (N-methyl-D-aspartate), the same neuron receptor that can be affected by psychoactive drugs such as ketamine. Without magnesium, the receptor is constantly activated by calcium and glutamate, which can impair the neuron and eventually cause the death of the cell. 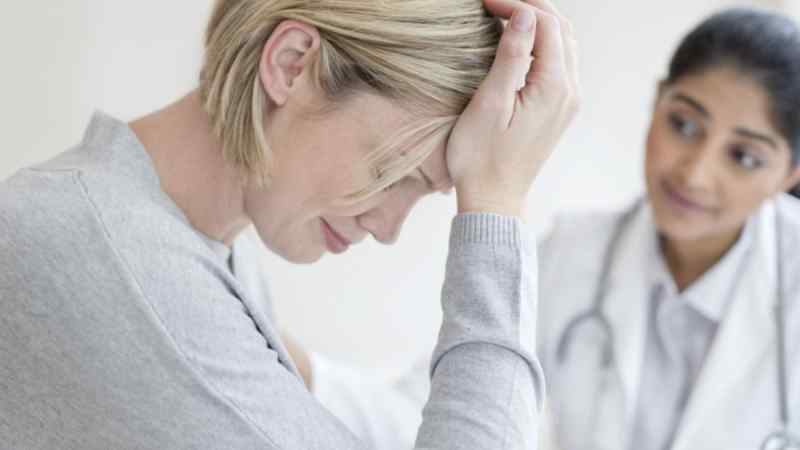 Commonly known as the “silent killer,” high blood pressure usually remains undetected until it’s too late. It affects over 70 million people in the U.S. alone and it’s the leading cause of heart diseases and strokes.

One of the causes of high blood pressure is the narrowing of the blood vessels, which in turn decreases the blood flow. Magnesium helps the blood vessels to relax, and when they’re dilated, the blood has more room to travel freely, therefore regulating the blood pressure. Just bear in mind that too much magnesium intake from supplements might cause diarrhea as the entire body sort of relaxes. 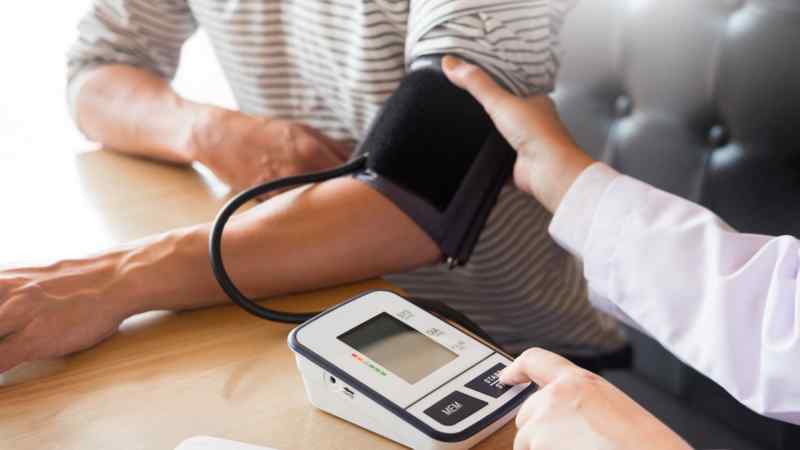 Osteoporosis is the condition where the bones get weaker and more likely to suffer fractures. More often than not, it’s directly connected with lower levels of calcium in the bloodstream, the building block of bones.

Vitamin D is essential for calcium absorption, but it needs to be activated by magnesium to work properly. Magnesium also plays an important part in exciting the hormone calcitonin, which the main function is to draw calcium from soft tissues and muscles into the bones. 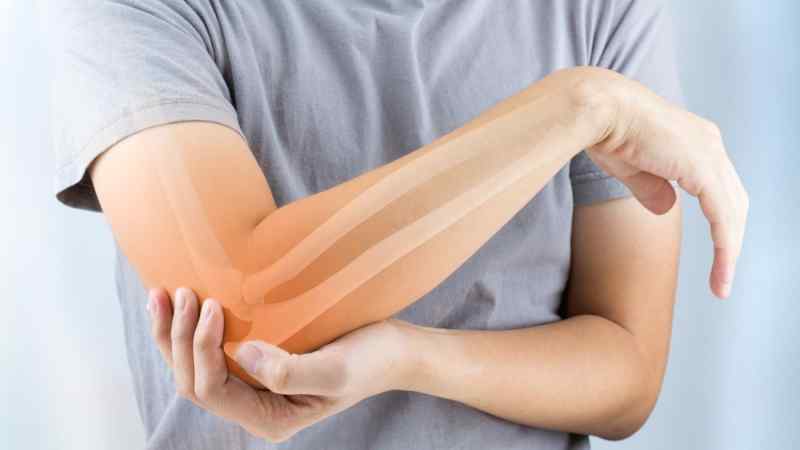 If you’ve been constantly feeling you have no energy for anything, even leaving your bed, it could be a sign of magnesium deficiency. ATP (adenosine triphosphate) is the main source of energy of your cells, but it needs to bind to magnesium ions in order to be active.

Another reason could be myasthenia, which is the medical term for muscle weakness. The condition is usually associated with the loss of potassium as it regulates muscle contractions. However, lack of potassium is directly linked to low levels of magnesium. 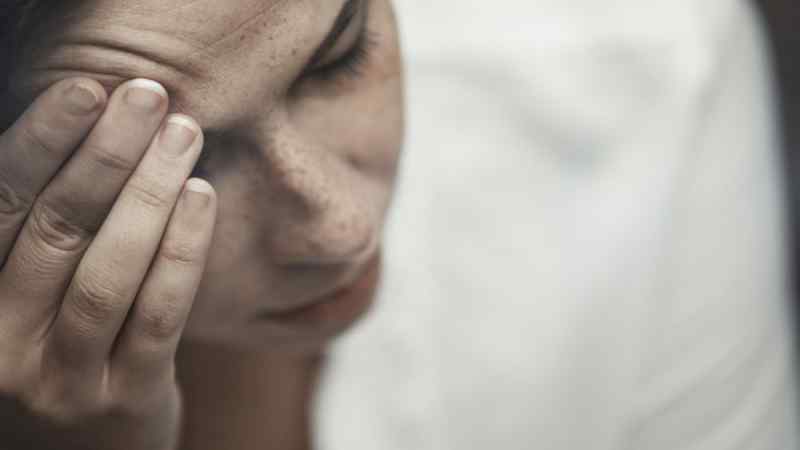 Looking back at your biology classes, you may remember about the sodium and potassium pump, which regulates the transport of minerals into and out of cells. The problem is that magnesium deficiency affects the pump, allowing too much calcium into the cells.

The surplus of calcium leads to the calcification of arteries, which can be extremely dangerous. The condition can lead to many coronary issues including heart attacks and heart diseases. In fact, nearly 50 percent of patients who suffered heart attacks need magnesium chloride injections to avoid calcification and blood clotting. 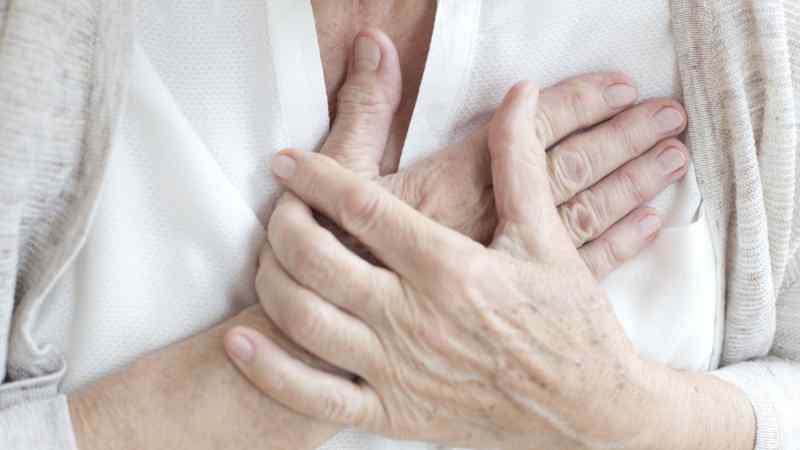 Considering all the issues caused by magnesium deficiency, it’s no surprise it negatively affects a person’s ability to have a good night’s sleep. Unfortunately, magnesium also regulates influences the sleep-regulating hormone melatonin, adding even more insult to injury.

However, a healthy intake of magnesium helps the GABA receptors in the brain to function properly. GABA (gamma-aminobutyric acid) is a neurotransmitter linked to relaxation, low anxiety, and reduced stress, but it also helps produce serotonin, another neurotransmitter that regulates mood and happiness.

As mentioned before, magnesium deficiency can lead to artery calcification and high blood pressure, two factors that cause several different heart diseases. However, an irregular heartbeat can also be a problem as it’s also connected to the loss of potassium and muscle contraction issues.

Heart palpitations can cause lightheadedness, chest pain, shortness of breath, and even fainting. But in the most severe cases, it can lead to strokes and heart failure. Patients with congestive arrhythmia tend to show lower magnesium levels than healthy people. 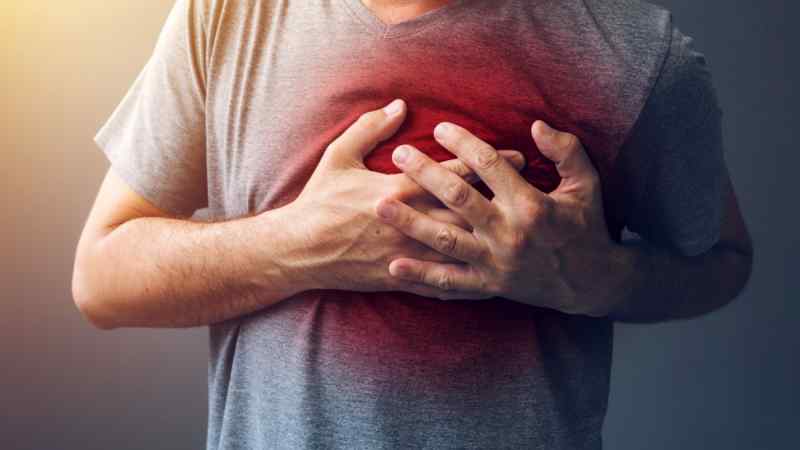 During pregnancy or the monthly menstrual cycles, it’s common for women to have a complete hormonal nightmare, which can lead to leg cramps, irritability, and fatigue. If these symptoms resemble magnesium deficiency, it’s because that’s exactly the case.

The increase in the estrogen hormone levels can totally deplete the magnesium from the body, causing the aforementioned conditions. Some scientists believe that chocolate cravings during pregnancy might be a sign of magnesium deficiency as chocolate is a great source of magnesium. 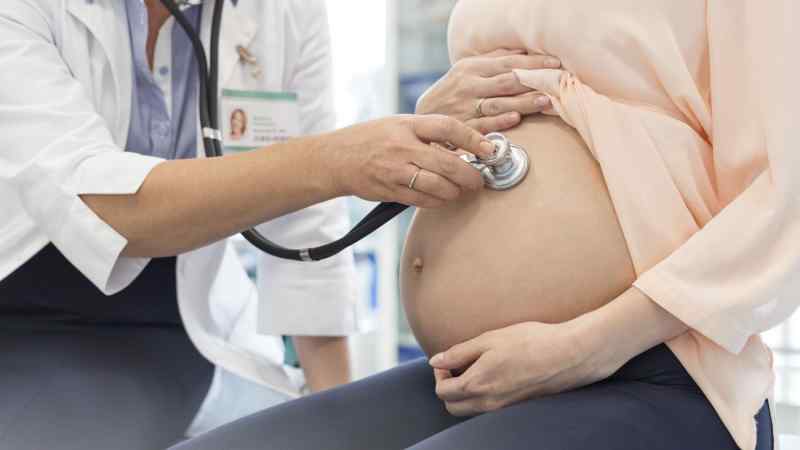 Asthma is a chronic lung condition that affects one out of 12 people in the U.S. where the airways become inflamed and narrow. The tightening of the airways are usually caused by triggers such as allergens, which can lead to shortness of breath, coughs, and chest tightness.

However, studies have shown that the narrowing of the airways is also related to magnesium deficiency as it’s closely connected to muscle functions. The lack of magnesium increases the amount of calcium, leading to muscle spasms, jaw clenching, but more specifically, to the contraction of bronchial smooth muscle cells, resulting in constricted airways. 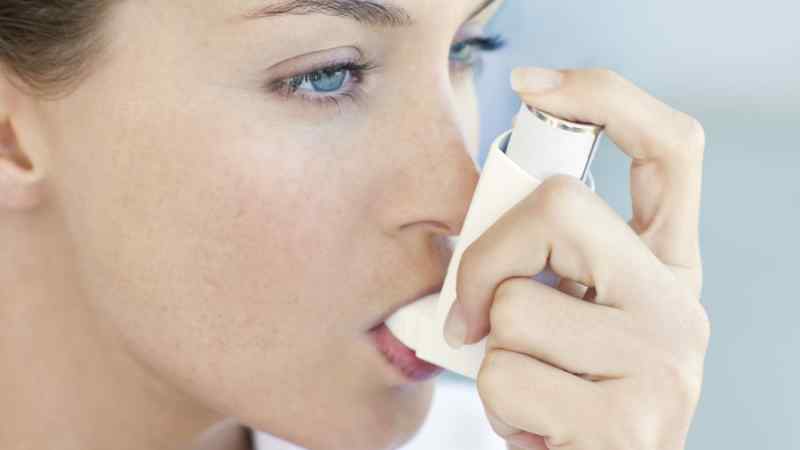 You already know that magnesium deficiency can create mood disorders due to its influence in the NMDA receptor. However, the same receptor plays an important part in synaptic plasticity, the mechanism related to learning and memory.

Therefore, there are numerous neurological disorders associated with NMDA receptors such as Parkinson´s, epilepsy, and Alzheimer´s. In fact, studies have shown the Dementia might be associated with a low intake of Magnesium, so if you’re experiencing signs of brain fog, it might be a good idea to check your diet.

Researchers have found a correlation between magnesium deficiency and an increase of the C-reactive protein (CRP), which is a known marker for inflammation. Persistent internal inflammation could potentially lead to heart attacks, type 2 diabetes, and even cancer.

The increase in calcium resulting in the lack of magnesium activates the white blood cells, and raises the production of free radicals and cytokines. However, when a person boosts their magnesium intake, the calcium influx is controlled and the inflammatory response is reversed. 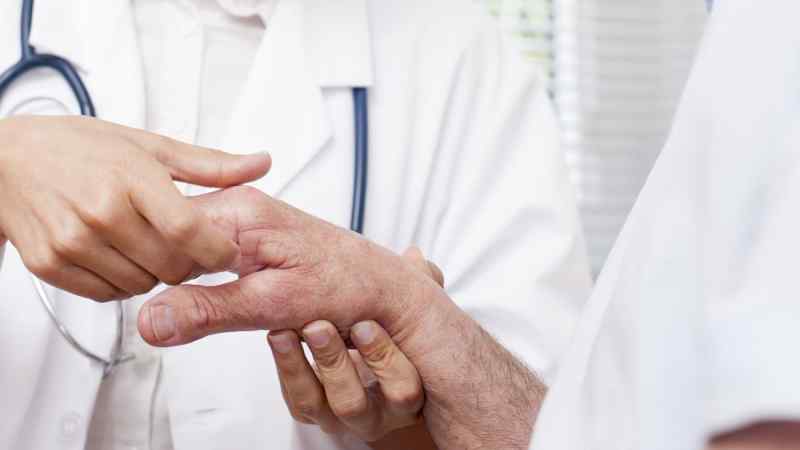 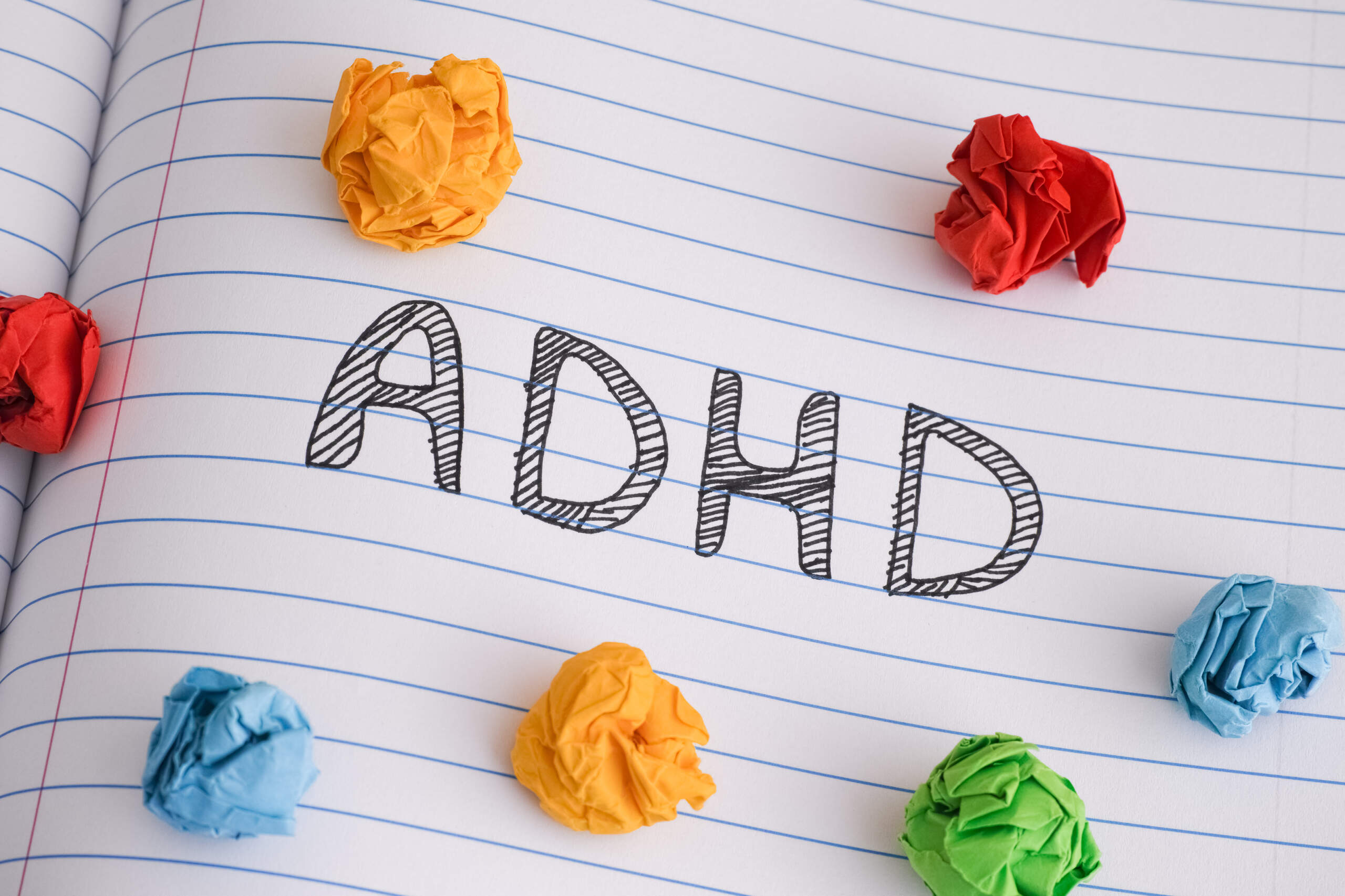 If you’ve been diagnosed with attention deficit hyperactivity disorder (ADHD), you finally have an answer to the symptoms that have likely been plaguing you. But now, it’s time to take the next 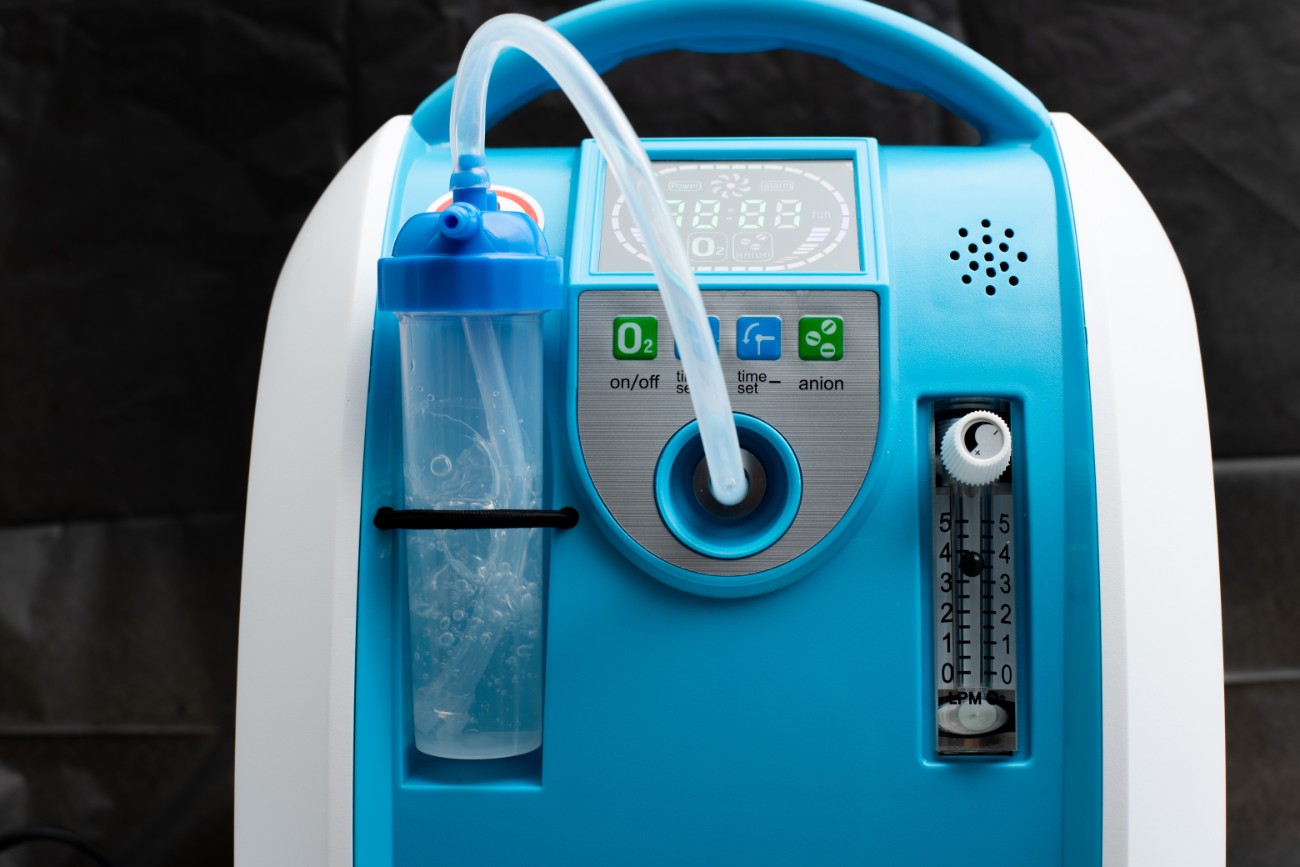 How A Portable Oxygen Concentrator May Improve Your Quality Of Life

It’s no surprise that getting sufficient oxygen is crucial to living a long and healthy life, which is why more than 1.5 million Americans are using supplemental oxygen to make that happen…. 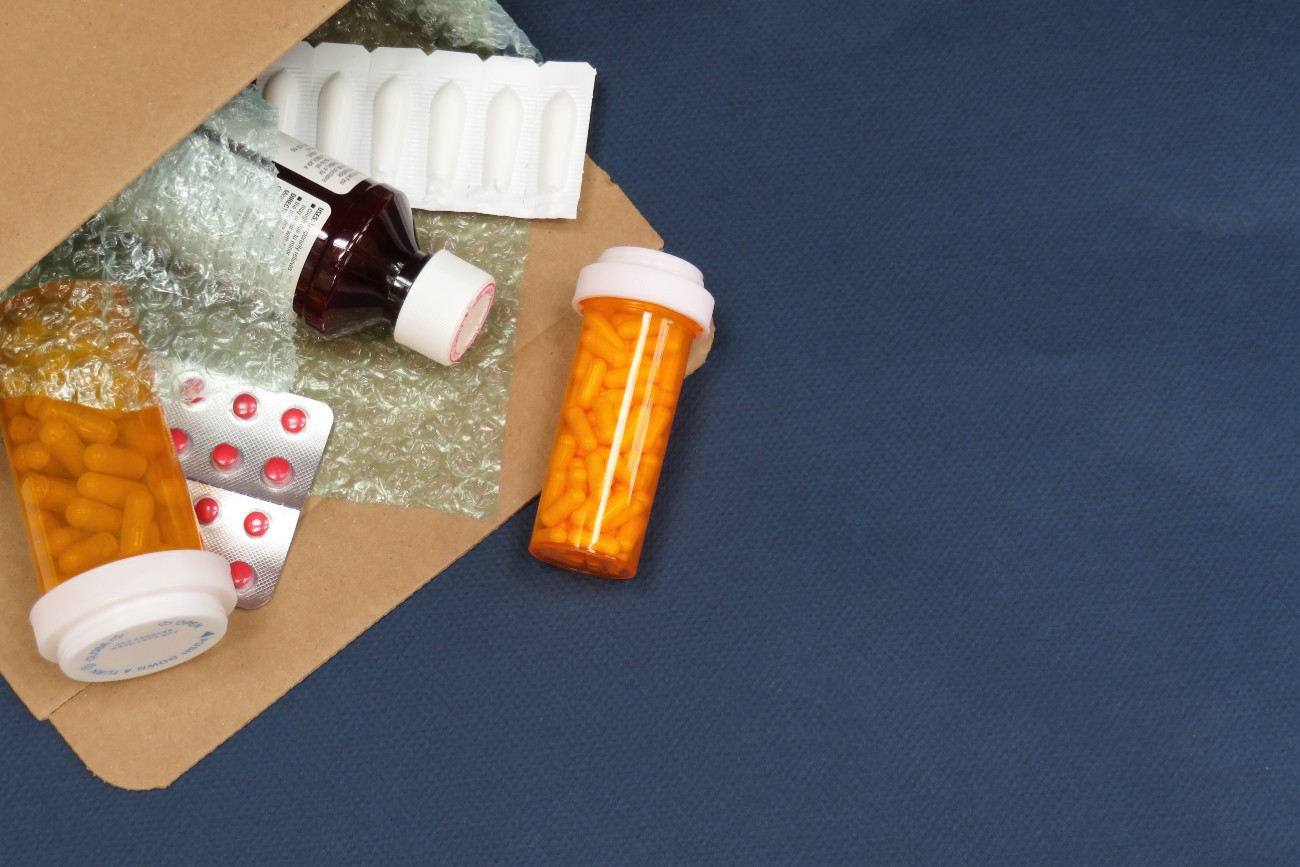 If you take prescription medication regularly, then going to the pharmacy is probably a standard part of your routine. You commute to the store, order your prescription, wait for it to be…