Classic Tips for Getting Over a Fall Cold That Actually Work

Today, we’re here to give you a few tips on things that will make you feel better this cold season. These tips will help alleviate your physical pain and can help you rest easier, hopefully leading to a less-unpleasant bout of sickness, and a shorter period before you’re well again.

Stay hydrated as much as possible

Every doctor and health practitioner out there will tell you that the best thing to do when you’ve got a cold is to stay hydrated as much as you can. The best things to drink are water, tea, clear broth, or juice—ideally, a brand without too much added sugar. These liquids help break up congestion and prevent the body from becoming dehydrated, which is a danger when your body is constantly expelling fluids through mucus and sweat. It may be tempting to drink coffee or soda to help perk yourself up when you’re feeling crappy, but these will only exacerbate dehydration.

Even though avoiding dehydration is one of the key reasons why you should be drinking plenty of water while you’re sick, fluids also have the benefit of loosening up mucus in the lungs, especially if you’re drinking warm liquids. Some of the best warm drinks that you can have while you’re sick are herbal teas, warm water with lemon, or you can whip up a pot of ginger tea made with fresh sliced ginger. Add a spoonful of honey to soothe a sore throat, and a squeeze of lemon to help clear sinuses, and you’ve got a great sore throat soother that tastes delicious, too.

Add moisture to the air with a humidifier

Another way that you can ensure your body is getting the moisture it needs to keep your nose and throat hydrated is to use a humidifier throughout your house. The indoor air of our homes can be very dry, especially if the weather outside is already cold and we’re using our heating system to keep warm. Ideally, the air in your home should be between 30 to 50 percent humidity. Just make sure that if you have a free-standing humidifier rather than one built into your home heating system, it’s clean and hygienic—humidifiers can easily become havens for unhealthy bacteria.

Sleep as much as possible

Although there’s a lot of pressure on people these days to get up and go to work despite feeling ill, the best thing that you can do for yourself is rest as much as possible. Even if you aren’t feeling tired, keeping activity to a minimum and sleeping as much as possible will help give your body the energy it needs to fight off infection. If you’re unable to sleep because of your cough, try sleeping on pillows that are raised slightly upright to avoid mucus draining into your throat at night. Prep your bedside in advance with water, lozenges, tissues, and anything you may need during a nighttime coughing outburst, so you can fall back to sleep with ease.

Soothe your throat without trying to get rid of your cough

Whether you’re lying in bed or walking around during the day, one of the most annoying aspects of a cold is a persistent cough that irritates our throat to the point of it being scratchy and sore. Many people try to take cough suppressants to avoid this, but it will only delay the inevitable — we cough because our bodies are trying to expectorate harmful mucus, and if we can’t expel it, it will only prolong our sickness. You can make this easier by using an expectorant medication with guaifenesin as an active ingredient. Guaifenesin helps to break up mucus so it’s easier to expel, which means our body doesn’t have to work as hard. Then, soothe your sore throat with warm liquids, a salt gargle, or even a spoonful of honey.

Use steam to loosen up a stuffy nose

There’s a reason why you often feel a bit better after standing in a steaming-hot shower for several minutes — the steam helps to loosen up a stuffy nose if you breathe it in deeply. A shower may feel great, but another way that you can direct even more steam to the areas that need it most is to boil a big pot of water, then put your face directly over the steam and inhale. It feels pretty intense, but after a few minutes, it will really help loosen the mucus in your nose. To keep the steam hot for longer, drape a large bath towel over your head. You’ll sweat like crazy, but it’s worth it to help loosen a stuffed-up nose.

Use a pain-reliever to combat body pain

Colds can be exhausting because our body is working so hard to expel the mucus that’s choking up our lungs. A sore throat, body aches, and pains are just a result of our bodies trying to get rid of mucus. If you’re feeling a lot of pain and tension in your body, you can take some pain relievers like acetaminophen, aspirin, or ibuprofen. It won’t heal your cold, but it should give you some relief from aches and pains. You can also take a warm bath with Epsom salts, which can help relieve sore muscles.

There are a lot of cold remedies that are sold today that do very little of what they advertise. Many parents in the past relied on vitamin C, zinc, and echinacea pills to help ‘cure’ colds when they reared their ugly heads. Now, there’s been more research done on these supposed ‘cold-fighting’ pills, and they’ve found inconclusive results. There were some studies that found that taking vitamin C before the onset of a cold can limit the duration of symptoms and further studies that found that zinc lozenges can reduce the length of a cold, but only by about 24 hours. If you’re used to taking these medicines, go for it, but don’t expect them to magically cure your illness.

Indulge in some spicy food

Many people try to ease congested nasal passages by indulging in their love of spicy food. Although it seems unorthodox, it’s actually quite effective. Capsaicin, which is the active ingredient in peppers that makes them spicy, is actually a short-term decongestant. Fluid rushes to our eyes and nose while we’re consuming these spicy dishes, which has the effect of flushing out bacteria and clearing up clogged nasal passages. Even if it’s only a temporary period of relief, it still helps us get a few hours of relief from a stuffy nose.

Colds can make us feel tired, achy, and sniffly, and makes our throat feel extreme raw and sore. It’s normal for common cold symptoms to last for up to ten days. If you have any other symptoms, like shortness of breath, high fever, severe sore throat, sinus pain, or a persistent earache, you should consult a doctor immediately. It’s possible that you’re suffering from some other type of illness or infection, which should be treated immediately. Even if you’ve just got a severe cold, it’s better to be safe than sorry.

To avoid spreading your illness around, you should avoid the company of others until you’re 100 percent. If you do have to be around other people, make sure you take all necessary precautions, like washing your hands frequently and making sure to cough into the crook of your arm, rather than into your hands which will lead to a rapid spread of cold-causing bacteria. Colds are easily transferable to others, so if you’re healthy and are around people that are sick, take extra care not to touch your eyes, nose, or mouth, and wash your hands frequently. 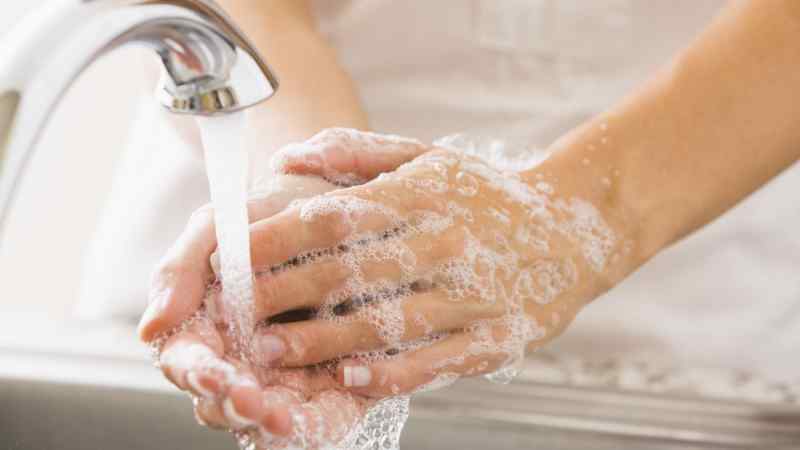