Stop the Bloat: A Guide

Most Americans have experienced bloating at least a few times in their lives. Eating until we’ve reached belt-popping levels of full on Thanksgiving is a common cause. However, bloating can be a problem if it happens more than once or twice a year. One in 10 Americans suffer from bloating on a regular basis, and sometimes it’s severe enough that the distension of the abdomen is visible. Overindulgence, water retention, and gas build up are three of the most common causes of minor bloating, but occasionally bloating can be the result of a more serious condition like Crohn’s disease or diverticulitis.

We’re here today to help you determine why you’re getting bloated and guide you through some strategies on how to avoid this painful feeling in the future.

One of the most common causes of bloating is overeating. This might seem obvious, but sometimes people overeat before they even realize that they’re full because they’re eating so fast that their brain can’t keep up.

Practicing sensible portion control and slowing down when you eat are the first steps that you should be taking to control your bloating. A sensible portion varies from person to person, but a good rule of thumb if you’re trying to avoid bloating is to imagine what you would usually serve yourself and eat about 75 percent of that. You can always get more later. 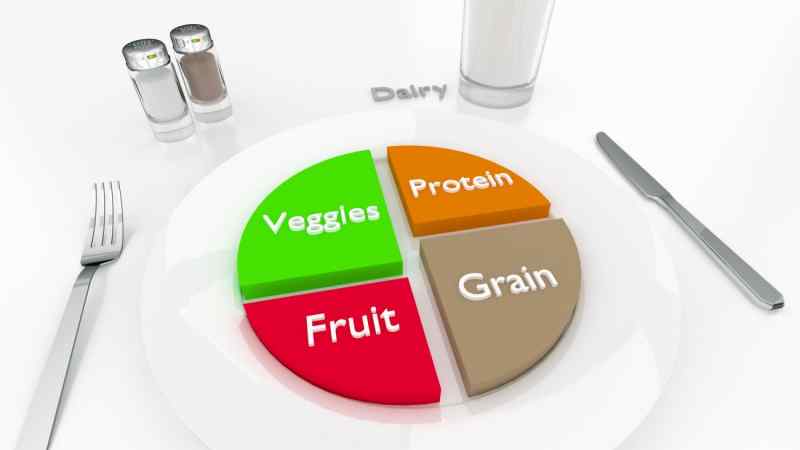 Slow down at the dinner table

While limiting your food intake to sensible portions is important, a lot of people just eat too quickly, and the signal that their stomach is full reaches their brain too late.

One way to allow your brain to catch up with your body is to slow down when you’re eating. Enjoy your food and chew it leisurely. It doesn’t have to be completely unnatural, but as long as you keep this thought in the back of your mind, you should naturally slow down.

When you’re about halfway through what’s on your plate, take a break and put your utensils down for a few minutes. You may find that you don’t need to finish your entire portion after that. 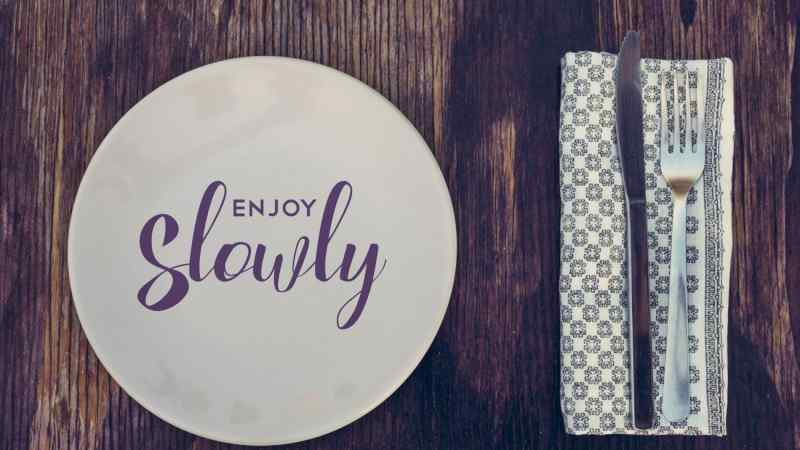 Cut down on rich and fatty foods

Rich and fatty foods usually taste pretty delicious, but they can contribute to our bloating in a huge way. Foods that are high in fat like dairy, oils, nuts, and simple carbohydrates take longer to digest than other types of food and can lead to an extended period of time when our bodies are struggling to digest our meal and we feel uncomfortably bloated as a result. Many people who have gone on the Paleo diet struggle with this type of bloating.

Make sure your meals are not too high in fat, and if they are, move towards a diet that contains more veggies and complex carbs. 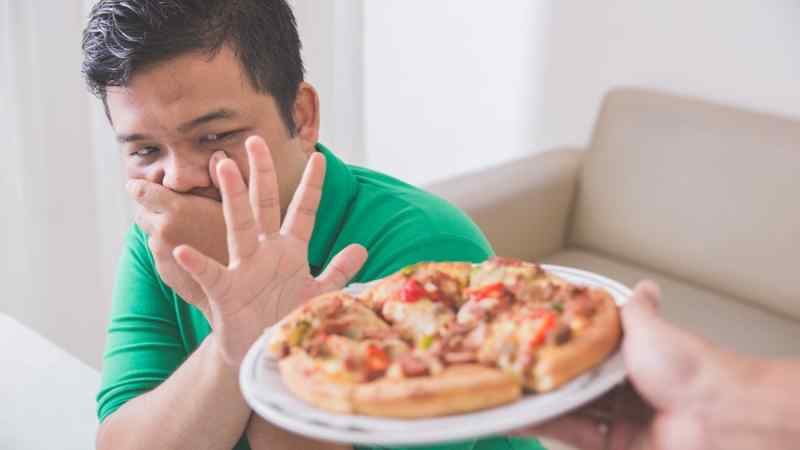 Stay away from hard to digest foods

In addition to foods that are high in fat, there are plenty of other foods that can cause bloating issues for some people. This isn’t always the case, but if you find that you’re continually bloated, you may want to avoid eating certain foods like beans and legumes, and sweet, starchy vegetables like Brussels sprouts, carrots, and prunes. These foods contain indigestible sugars called oligosaccharides that take longer to break down in our intestines than regular sugars, and can slow down our digestion, leading to feelings of bloating. 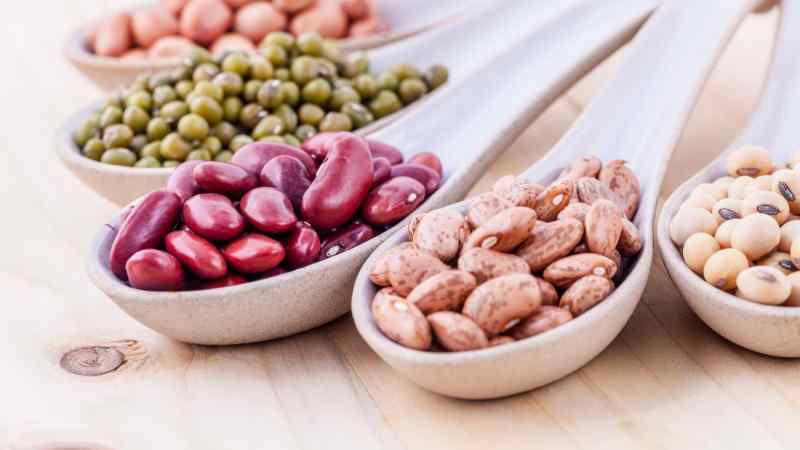 Drinking excessive amounts of soda or even seltzer water can help contribute to feelings of bloating and discomfort. The bubbles in soda contain gas, which enter our stomach and remain there until we either burp them away or pass them in the other direction. While many people feel relieved after they pass wind, often it takes a while for the gas building up in our stomach before our bodies can relieve it.

Cutting down on your intake of soda or bubbly water, and drinking plenty of plain water, will help you feel less bloated. 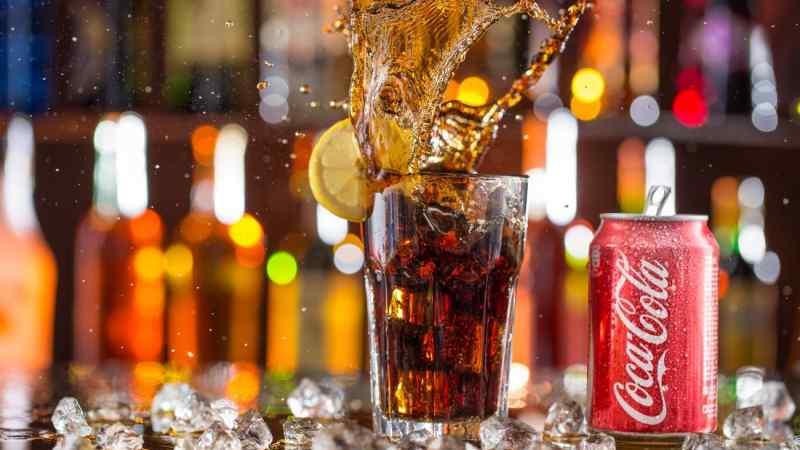 Stay away from gum or hard candy

One of the most common causes of bloating is excess gas, which can be caused by the foods that we eat and the beverages that we drink but can also stem from the little bad habits that we’ve become accustomed to over the years. Continually sucking on hard candies or chewing gum brings an increased amount of air into our mouth, which we then swallow.

If we swallow more air than is necessary, our gastrointestinal system can’t move it out efficiently, which can lead to a feeling of bloating. Limit how much air you swallow by staying away from gum — if you have to chew it, spit it out after a few minutes, and avoid blowing bubbles — and hard candies. 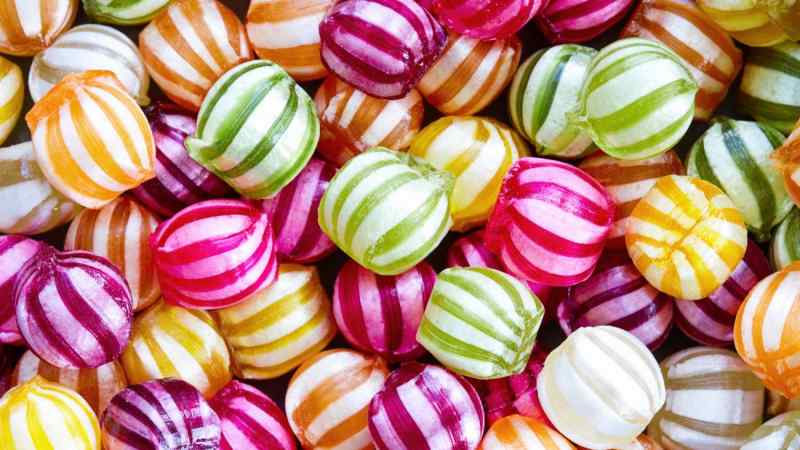 Another way that people can bring excessive amounts of air into their stomach is by gasping for air when they’re anxious or stressed. The air builds up in our stomach and isn’t able to be efficiently removed by our gastrointestinal system, which leads to an uncomfortable amount of bloating.

The next time you’re feeling anxious or overwhelmed, practice deep breathing through your nose, not your mouth, and focus on relaxing all your muscles. This will help you avoid the painful bloating that often follows periods of stress. 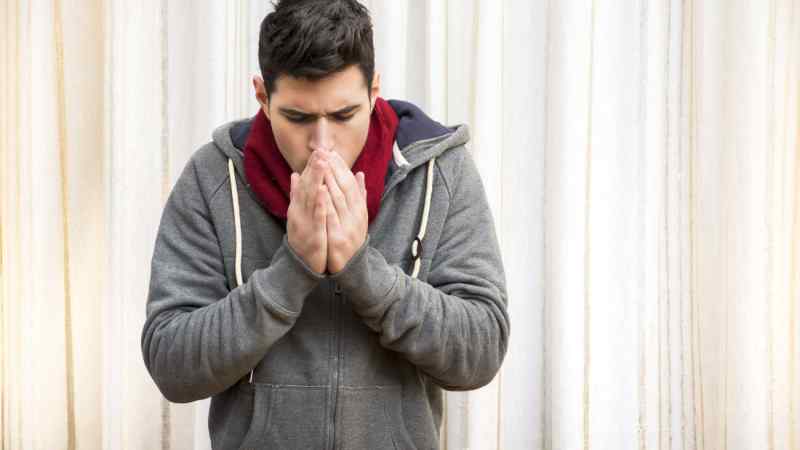 One of the other major causes of bloating is water retention due to increased sodium levels. Sodium binds to water in our bodies, and if there is more sodium in our system than our body needs, chances are it’s brought some excess water along for the ride.

Water retention can lead to uncomfortable abdominal bloating, but can also be seen in our joints, hands, and feet. If you’ve got puffy, uncomfortable ankles and feel a tightness around your abdomen, chances are you’re retaining water because your sodium levels are much too high. Stick to unprocessed foods and avoid over salting your food at home. 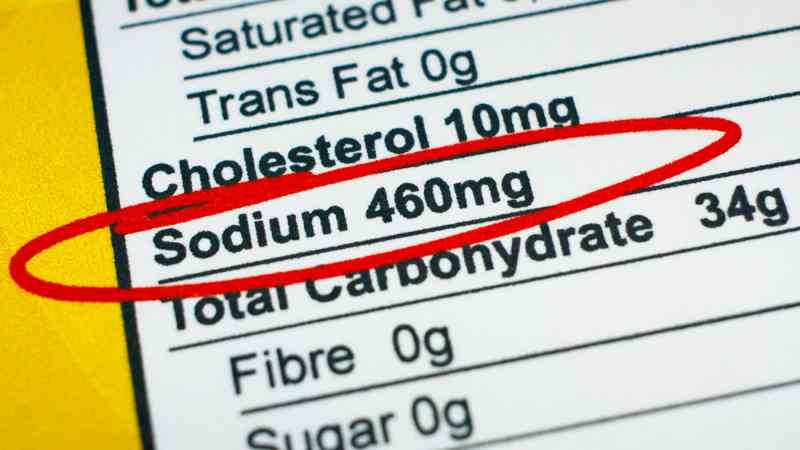 Another way that you can help your body get rid of excess water that may be causing bloating is to increase your potassium levels. Potassium helps reduce water retention in two ways: it helps decrease our sodium levels, and it also increases urine production, which helps water pass more rapidly through our system.

Some foods that are rich in potassium are avocados, bananas, and tomatoes. If you’re feeling like you’re retaining a lot of water, reach for these foods first. Who knew avocado toast could be so healthy! 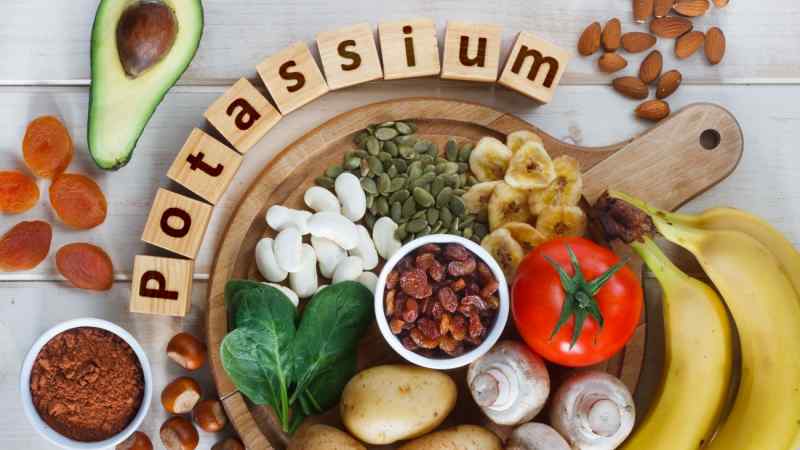 Try an over the counter medication

If you’ve already taken steps like limiting your intake of rich foods, cutting down on soda, and eating more foods that are rich in potassium, it may be time to turn to the world of pharmacology to help with your uncomfortable bloating. There are certain over the counter medications that can help. You just need to know which ones are effective.

Some people use natural diuretics like cranberry juice, parsley, and garlic to try and reduce their bloating due to water retention, while other people use medications like Beano (which can reduce the amount of gas that beans and vegetables produce when taken during meal-times), and Gas-X. Gas-X works because of an ingredient called simethicone, which helps to break up the bubbles in gas. 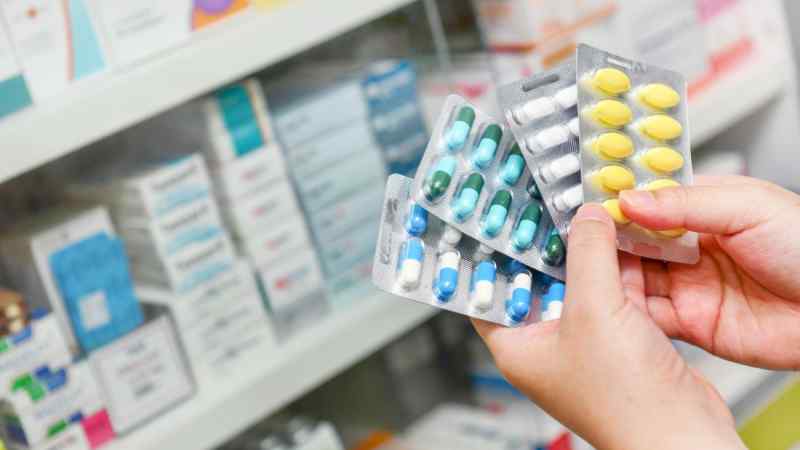 Watch for other warning signs

There are some rare times that bloating can be a symptom of a much more serious illness. If your bloating is accompanied by related symptoms like weight loss, severe abdominal pain, or fever, you need to consult your doctor immediately. These symptoms combined with bloating can be a warning sign of gastrointestinal infection, bowel obstruction, undiagnosed tumors, or worse. 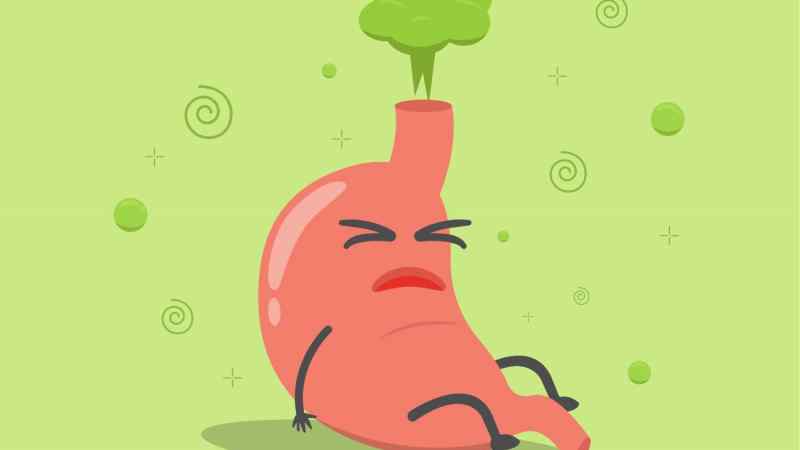 Talk to your doctor if it becomes a repetitive problem

It may be tempting to shrug off minor bloating, especially if you think it’s caused by gas, which can feel embarrassing to discuss in public. However, it’s incredibly important to discuss your bloating with your doctor if it has become a reoccurring problem.

Bloating occasionally due to a large or indulgent meal is normal, but make sure that you consult a professional if you’ve taken steps to limit your bloating and have not had any success. Your doctor can help by prescribing a medication that may be more effective than its over-the-counter counterpart. 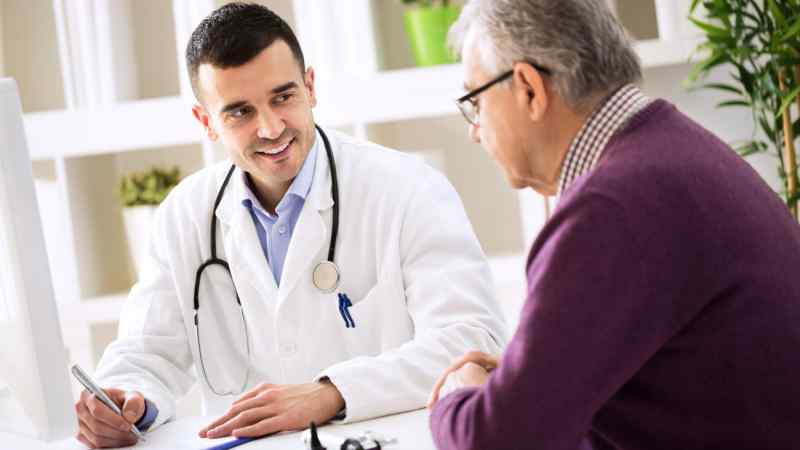