The Best Dog Breeds for Your Lifestyle

If you’re looking for a dog, it might be tempting to look for the cutest and cuddliest dog in the store. Choosing a dog by looks is the way that many people find their canine companion, but you should really be looking at more than looks when it comes to picking a dog that will be with you for at least a decade.

The best way to choose a dog is to look at the common traits of its breed and pick a dog that aligns with your lifestyle. Some dogs need multiple walks per day, and benefit from regular stimulation, while others are happiest cuddling on the couch. Today, we’re going to talk about some of the most popular dog breeds out there and figure out which lifestyle they fit with the best.

Labrador Retrievers are one of the most popular dog breeds in the world. They were originally bred throughout the United Kingdom as gun dogs because they would have been responsible for gently bringing back fallen game to hunters.

They have a great sense of smell, but their obedience usually prevents them from following a scent like another dog might. They’re a great dog for families, because they’re gentle with children and other pets. They’re intelligent, loyal, devoted, and can absorb a lot of training, which makes them excellent dogs for disability assistance and rescue. They come in three different color variations — yellow, chocolate, and black. 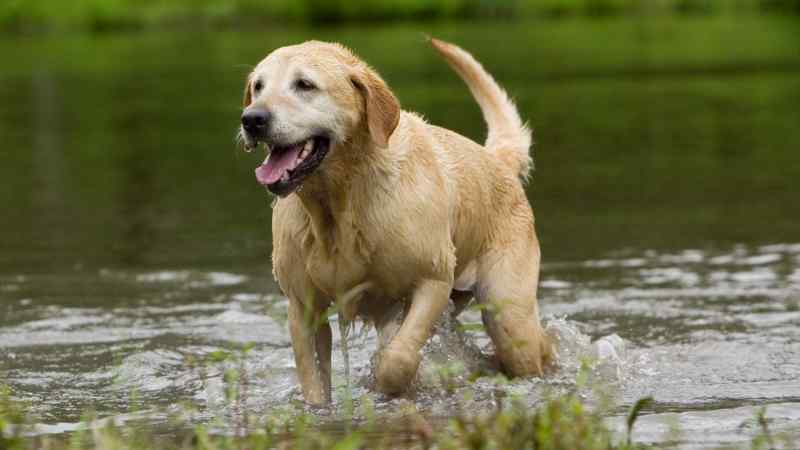 Cavalier King Charles Spaniels are classed as a toy dog, which means that they’re bred primarily to be companions, but they still retain a lot of traits from their sporty ancestry.

Cavaliers are quite friendly and loving, but they have a ton of energy, which means that they generally should not be left alone for extended periods of time. They really enjoy being outside and require regular activity. They’re excellent agility dogs and pick up training very quickly. They also have a very strong sense of smell, and they’ll track something with no regard to their surroundings, so they may benefit from a life in the country rather than the city. 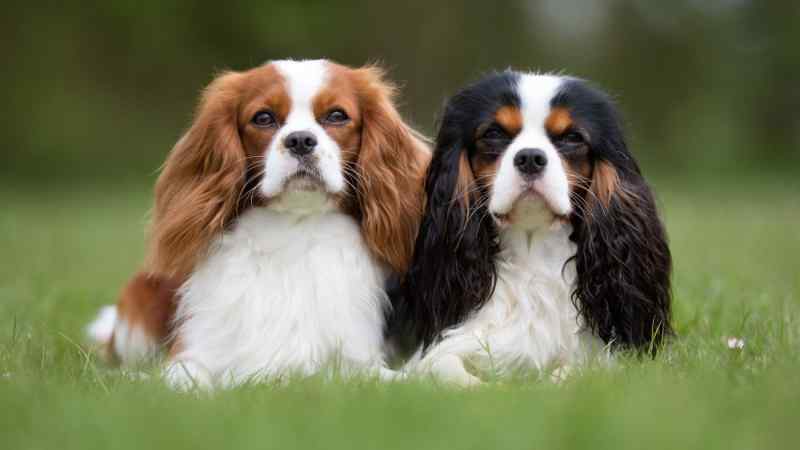 One of the best working dog breeds is the German Shepherd. Originally bred to help shepherds herd sheep, they’re extremely intelligent, and are able to pick up training well. These traits make them excellent working dogs and they can often be seen in drug detection, law enforcement, or search and rescue. This intelligence means that they may not be happy sitting inside all day and need the regular stimulation of outdoor playtime and walks. They’re known to be extremely protective over family members, which has given them a reputation for being fearsome, but for the most part, they’re gentle giants. 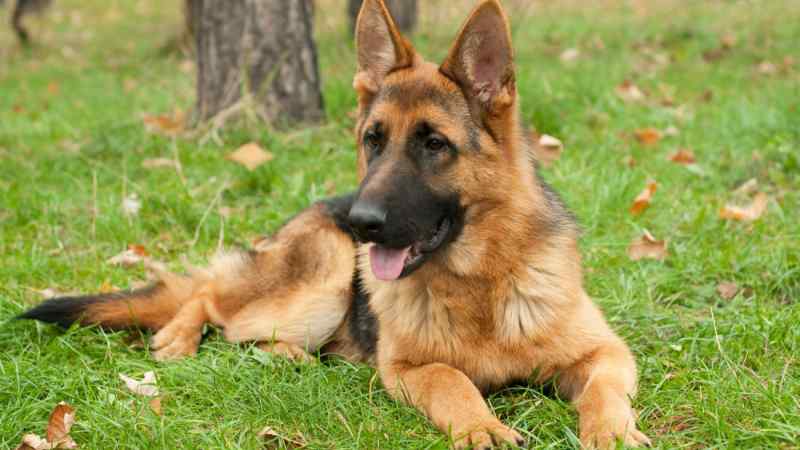 Poodles are one of the most intelligent breeds around and come in a variety of different sizes and colors. There’s the standard Poodle, miniature Poodle, and toy Poodle. They make excellent companions and are extremely intelligent. In fact, they excel in obedience training. 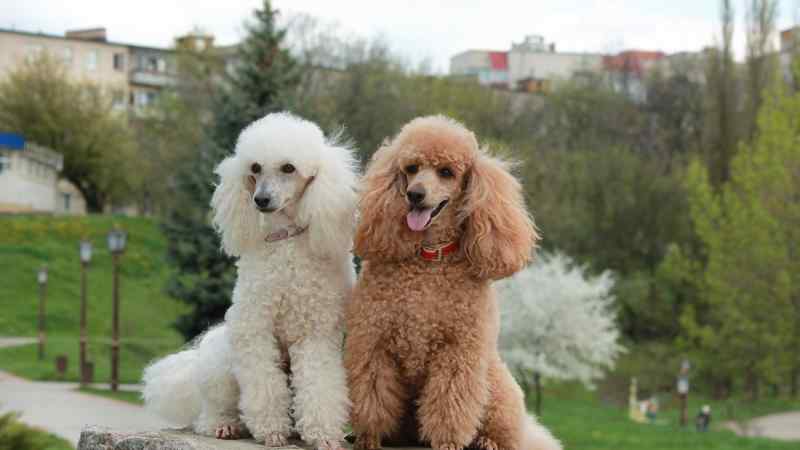 Goofy Golden Retrievers make great pets but require a lot of exercise in order to fit into family life with ease. They were originally bred as retrievers, whose job it was to fetch fallen game on hunting drives, and this excellent work ethic and easy temperament make them highly trainable today. They make great city and suburban dogs, but they need a lot of exercise every day, and a secure fence around their outdoor space, because they like to explore.

They have a reputation for being dumb and goofy dogs, but they’re actually quite smart. Their personality tends towards puppy-like and playful well into adulthood. 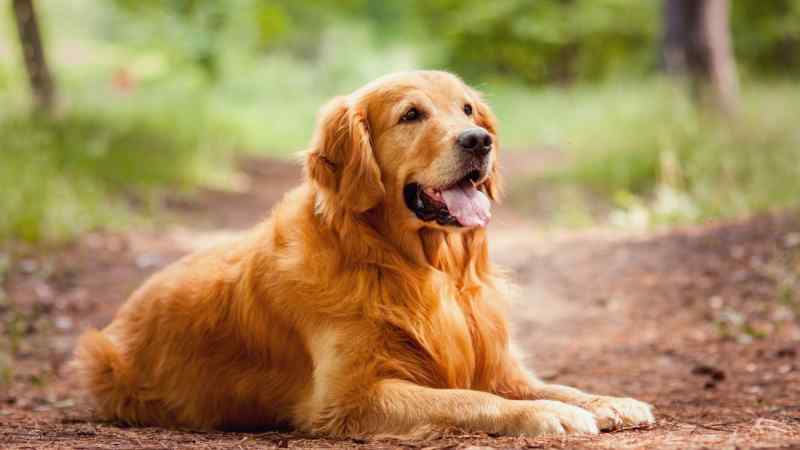 Adorable French Bulldogs are a great companion for both families and single owners alike. Originally bred in England to be a miniature version of a larger bulldog, it was an early trip to France in company of the English court that led to them being called French Bulldogs.

Many people pick French Bulldogs because of their adorable bat-like ears and smushed in face, but they’re actually an ideal lapdog. They love relaxing on the couch, they’re easy to train, and they love being around people. It’s important to socialize this breed early, as they can be possessive of people and their space, especially around other dogs. 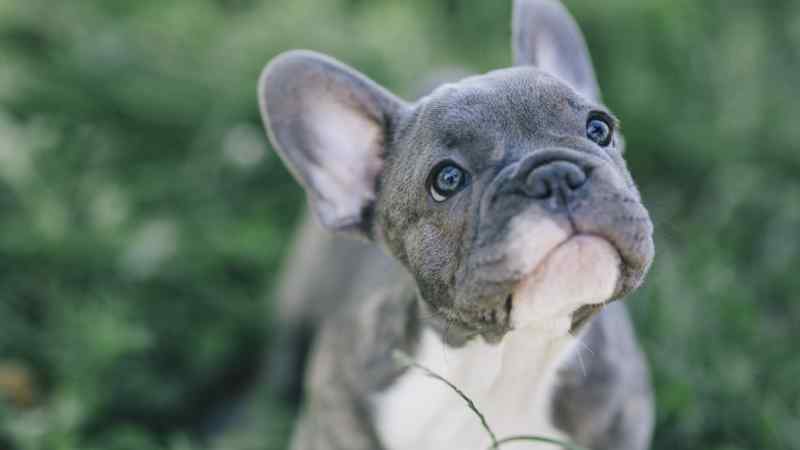 If you’re living in a small space, and are looking for a dog that will happily adapt to life with a limited amount of room, then the Yorkshire Terrier is the dog for you. Their tiny size and affectionate personality make them one of the most popular toy breeds.

Unlike many other toy breeds, they will generally only bark at strangers. It’s important to train aggressive behavior out of your Yorkie by treating it like a large dog. If you send the signal that the world is unsafe, Yorkies will easily become neurotic and yappy. 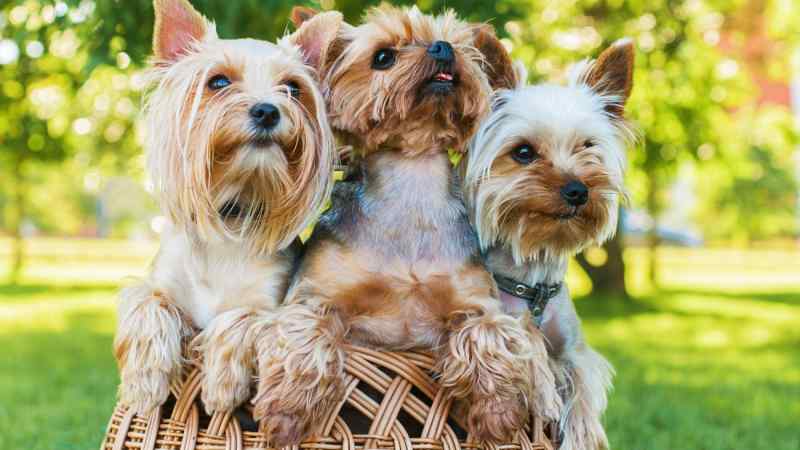 Another popular toy breed is the Pug. They’re easily recognizable because of their scrunched-up face and big eyes. Pugs are great lapdogs since they love playing games and thrive on attention. Pugs don’t like being left alone, so they’re not the best dog to have if you work long hours. They’re quite intelligent, but can be excitable and mischievous, so training may require some extra effort.

Since their face is so wrinkled, Pugs don’t do well outdoors in extreme weather conditions. They’re much more comfortable indoors. 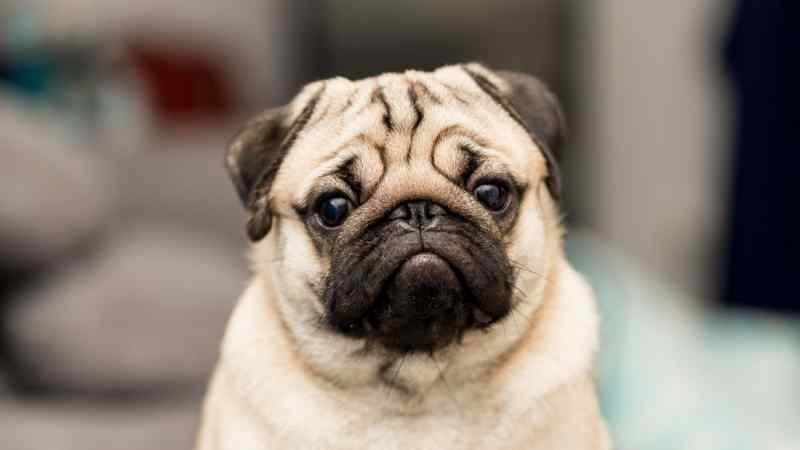 Dachshunds are small hunting dogs that were originally bred to root out badgers and other tunneling animals like rabbit and fox. Even though they’re tiny, they carry themselves like a much larger dog. Dachshunds are brave, independent, and very lively, which can be problematic if they don’t get the exercise that they require.

Dachshunds are often loud — their lungs are relatively large compared with the rest of their body — which may make them a better candidate for country living rather than a life in the city. These small yet brave dogs can also attach themselves to one person and can be snappy with perceived interlopers if they’re not socialized correctly. 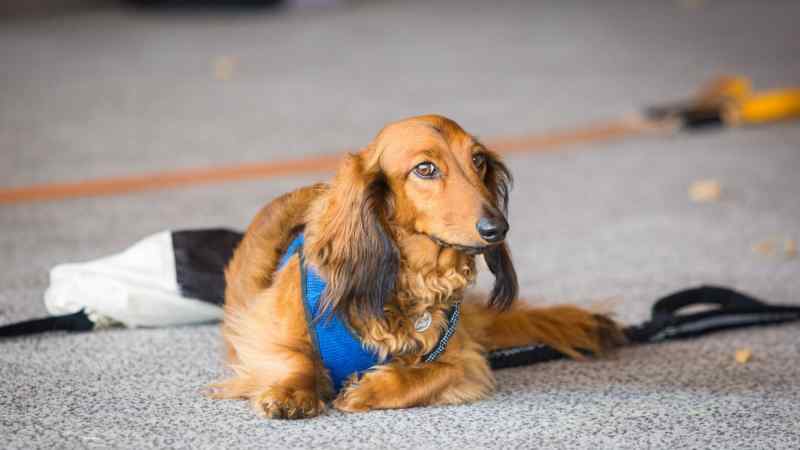 Bred in Hungary as hunting dogs, Vizslas are known for being extremely loyal and dedicated to their human companions. They’re very affectionate, but if having a dog that follows you around 24/7 isn’t your idea of a good time, you should look for another breed.

Vizslas are intelligent, and very agile. They’re often trained in agility and obedience. The best home environment for a Vizsla is one where someone is around most of the time, and they need an owner that is willing to put effort into training them. 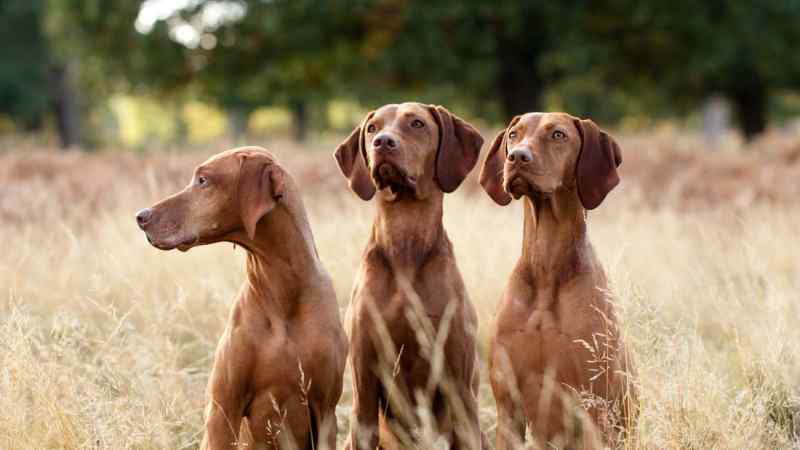 The Bichon Frise is often confused for a white toy Poodle, but they have a rich history all their own. They’re related to several other small, furry breeds, but Bichons specifically came from the Mediterranean. They’re not technically a toy breed, but they are a similar size. They’ll never get much larger than 12 pounds, although they can live up to 15 years.

Bichons have a great temperament, they’re gentle with children and other dogs, and they don’t shed. If you have a large, boisterous family, consider adding a Bichon Frise to the mix since they’ll thrive on the energy and make themselves at home. 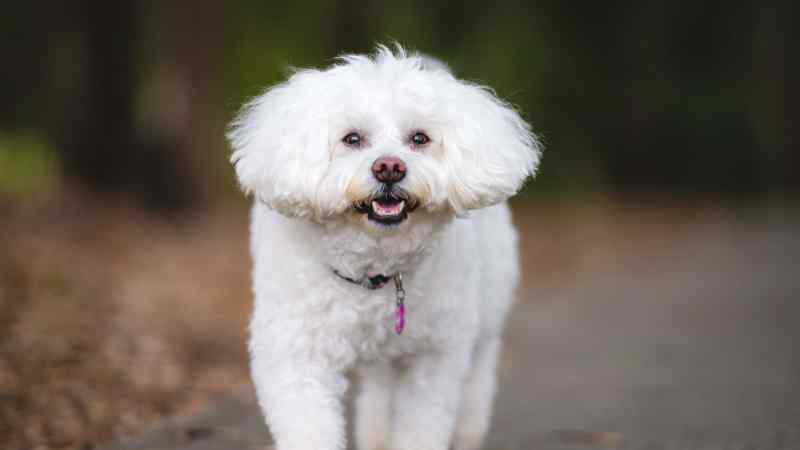 There are so many animals out there in need of homes that dogs living in shelters are often put down when the organization is stretched beyond their capacity. While it’s true that it’s hard to know what personality you’re getting with a mixed-breed dog, there are lots of things you can do to make sure that you find the right dog for you.

Ask the staff working there what the dog’s temperament has been like, how he handles being with other dogs, and what kind of energy he has when he’s by himself. Also, mixed-breed dogs are generally free from the many of the genetic problems that centuries of inbreeding have caused in many popular dog breeds. Plus, it’s just good karma. 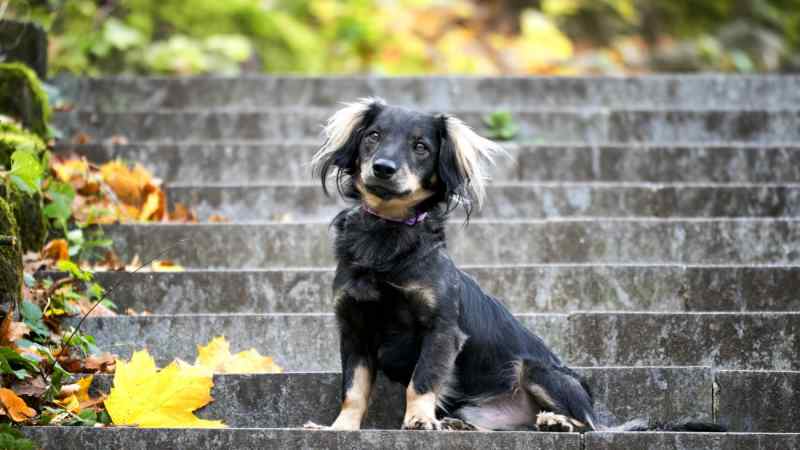