Managing the Symptoms of Multiple Sclerosis

Getting diagnosed with multiple sclerosis (MS) can have a huge impact on your life. This disease damages the parts of our nervous system that we use to communicate, which manifests in dozens of different symptoms that range from blurred vision to muscle weakness and trouble with coordination.

Most people diagnosed with MS receive their diagnosis between the ages of 20 and 50, and women are two to three times more likely to be diagnosed than men. MS affects more than 2.3 million people around the world, and while scientists and doctors have not yet figured out the root cause, it’s thought that it has something to do with environmental factors interacting with ethnic factors. While evidence suggests that MS is more common in areas furthest from the equator, there are some isolated ethnic groups that seem to be completely unaffected by MS, like the Hutterites of Canada, and the Maori of New Zealand.

Regardless of when you get diagnosed with MS, the most important thing is that you learn to manage your symptoms.

What is Multiple Sclerosis?

There are several different types of multiple sclerosis, ranging from clinically isolated syndrome (CIS) — an early precursor to full MS — to primary progressive MS, the disease’s final stage that’s characterized by worsening neurological function and symptoms that occur without relapses or breaks. Many people live with CIS and the middle stage of MS, known as relapsing-remitting MS and secondary progressive MS, for years before their disability begins to affect their life.

It’s important to remember that MS is not fatal. The life expectancy for someone diagnosed with MS is just five to 10 years shorter than the average person. There are many treatment options including medications that can lessen the severity of the attacks and help you recover faster between episodes.

There are many different symptoms associated with MS, all of which are caused by damage to the central nervous system. The symptoms that you may have depends on where the damage is located.

Some of the most common symptoms include fatigue (which occurs in about 80 percent of people with MS), numbness or tingling, dizziness, vision problems, and difficulty walking or balancing. These symptoms are the easiest to spot, and often lead to a person seeking out a doctor’s opinion, leading to their diagnosis. Some less common symptoms including speech problems like slurring and loss of volume, shaking, seizures, and hearing loss. These symptoms tend to occur later on as the disease progresses.

Additionally, some mental illnesses including depression are common among people who are diagnosed with MS. It’s unknown how frequently depression is directly caused by the MS, or whether it occurs as a result of the ongoing health challenges and life changes associated with a disease of this magnitude.

Currently, there is no known cure for multiple sclerosis, although there are treatments and therapies that can either improve a person’s health after a relapse or help delay the course of the disease.

In terms of delaying the progression of MS, there are several common medications including Avonex, Betaseron, and Lemtrada that have been shown to be effective in clinical trials. These medications can also help limit the disease’s activity in the brain. The medications are either injectable or infused, or they can be taken orally. After a severe relapse, a regiment of corticosteroids is usually recommended, for between three and five days. The corticosteroids don’t have any effect on the disease’s long-term progression but can help you regain your health faster after a relapse.

There are also tons of different medications that can be prescribed to help with your individual symptoms. Working with a doctor should allow you to ask questions and determine which medications will work for you. Be aware that many of these medications come with serious side effects, including liver damage, gastrointestinal issues, and flu-like reactions to injections. It can also be helpful to seek treatment from a therapist for the mental health issues that often stem from a diagnosis of MS.

Many people with MS seek alternative forms of treatment to help alleviate the symptoms associated with the disease. Although there has been nothing to suggest that any type of complementary or alternative medicine can delay the onset of MS, many people find it useful to practice yoga, tai chi, or modify their diet to limit the impact of the symptoms associated with the disease. It’s important to always discuss any plans for alternative therapies with your doctor as he or she will need to know what you’re doing in order to treat you effectively. Sticking to a healthy, low-fat, high-fiber diet is recommended by most physicians. Increasing your dosage of Vitamin D, omega-3, and omega-6 fatty acids has been shown to have some positive effects on people with MS.

In addition to your diet, it’s important to stay active as much as possible. Many people with MS practice yoga and tai chi, both of which can help lower stress, which has been shown to have an adverse effect on the symptoms of MS. Many people with MS indulge in regular massages, which helps promote relaxation and reduces symptoms of stress and depression. As the symptoms of MS place more limits on your body, you may find that exercising in water is more enjoyable and can lessen the strain on sensitive joints and muscles. The keys to staying on top of symptoms is regular physical activity — whatever that means for you — and a positive attitude. 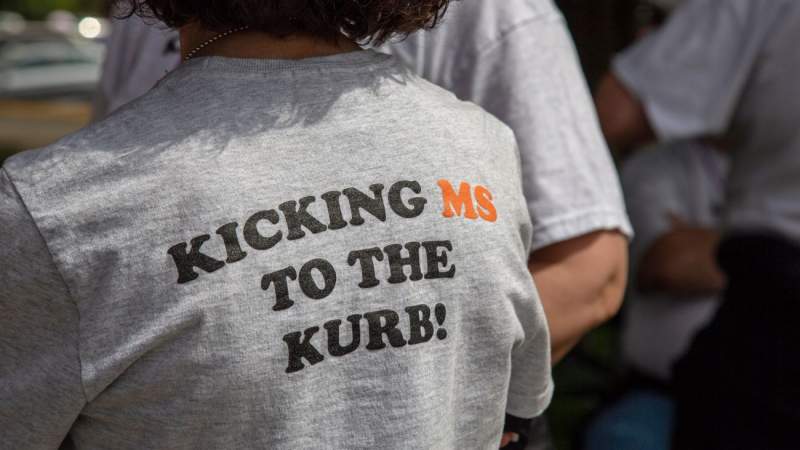