7 Conditions That are Mistaken for MS

Multiple sclerosis (more frequently known as MS) is a serious disease that affects the central nervous system, which results in inflammation that can damage the fatty insulation that surrounds the nerve cells in the brain and spinal cord. Since the central nervous system has such a huge effect on the processes that make our body function properly, the symptoms of MS can vary widely, depending on which region of the nervous system is affected. This makes determining an accurate diagnosis for MS quite complex, because your doctor will have to rule out a number of other diseases and medical conditions before they can confirm your diagnosis.

Your doctor will want to do a number of tests before confirming your diagnosis. Some common symptoms of MS include vision problems, muscle weakness, involuntary spasms, fatigue, dizziness, and bladder dysfunction — all of which are common symptoms for many other health problems. Many of the diseases that MS is often confused with can be ruled out with a simple blood test, while others require biopsies or an MRI.

Systemic lupus erythematosus (often referred to as SLE or lupus) is a chronic autoimmune disorder that affects the body’s nervous system, joints, skin, lungs, and organs. It’s often confused with MS because of the common effects on the nervous system, and the resulting symptoms like fatigue and fever. It also follows a pattern of relapse and remission, like most types of MS.

People who have lupus often experience personality changes, arthritis, headaches, and seizures, none of which are associated with any type of MS. Like MS, lupus is more common in women than men, and tends to start manifesting between the ages of 20 and 40.

Myasthenia gravis is a type of autoimmune disorder caused by antibodies that destroy receptors at the junction between nerves and muscles. It results in varying degrees of muscular weakness, commonly around the eyes, face, and throat. Some symptoms that are shared between MS and myasthenia gravis are double vision, and difficulties walking and communicating, as the lack of muscle control results in features and body parts that won’t cooperate.

Myasthenia gravis affects between 50 and 200 million people every year, but fortunately it is not fatal. Most people need small medical interventions to deal with their condition but are able to live an otherwise normal life.

Another disease that’s commonly mistaken for MS due to their overlapping symptoms is Lyme disease, an illness that is passed to humans or animals by a bacterium carried on a deer tick. Once someone is bitten by an infected tick, symptoms generally begin to manifest within days or months.

People who have Lyme disease often experience delayed neurological symptoms similar to those commonly associated with MS, including weakness, blurred vision, cognitive dysfunction, and fatigue. Differentiating Lyme disease from MS can be complex because people with Lyme disease often show similar brain abnormalities on an MRI, so a blood test will need to be conducted to determine an accurate diagnosis.

A simple vitamin deficiency may not seem like much, but a shortage of Vitamin B12 can have a huge effect on your overall health. With a person who is mildly deficient, they might not even notice a difference in their health, other than a persistent feeling of fatigue. Severe Vitamin B12 deficiency can lead to reduced heart function, and massive neurological problems, manifesting in symptoms like pins and needles, poor muscle function, and memory problems.

There are many similarities between fibromyalgia and multiple sclerosis. Both are medical conditions that are caused by a combination of genetic and environmental factors, and the direct cause of each condition is still unknown. Fibromyalgia is characterized by chronic pain all over the body, and a heightened pain response to pressure.

Some common symptoms of fibromyalgia that are similar to those of MS include numbness, tingling, bladder problems, and depression. Like MS, fibromyalgia affects twice as many women as men. Fibromyalgia is diagnosed using several different criteria and tests and does not show the same physical symptoms on an MRI as MS does.

Sarcoidosis is a disease that involves unusual collections of cells forming lumps known as granulomas within the organs of the body. The disease generally starts in the lungs, and if the disease progresses, the granulomas will progress outwards from there, affecting the skin, lymph nodes, eyes, liver, and even the brain. For some people, sarcoidosis is a temporary condition that heals on its own, but for others it progresses towards pulmonary fibrosis, which can be fatal.

Although it doesn’t seem like it has that much in common with multiple sclerosis, some symptoms are similar, including loss of vision, changes in mood, and hearing abnormalities. Like fibromyalgia, there are no specific tests for sarcoidosis, so it must be diagnosed by excluding all other possibilities.

There are many factors that can precipitate a stroke, and fortunately many are known to us already. These include high blood pressure, obesity, diabetes, and smoking tobacco. A stroke is caused either by a hemorrhage of blood into the brain (hemorrhagic), or a lack of blood flow to the brain (ischemic). The signs and symptoms of a stroke generally follow very quickly after the event in the brain has occurred. Symptoms include facial weakness, abnormal speech, numbness, reduced muscle tone, and balance problems.

Unlike MS, stroke symptoms come on very rapidly, and sometimes will disappear after a few hours — this is called a mini-stroke. Like MS, a stroke must be diagnosed through an MRI; imaging will show either lesions, which denote multiple sclerosis, or artery damage, which is confirmation that a stroke has occurred. 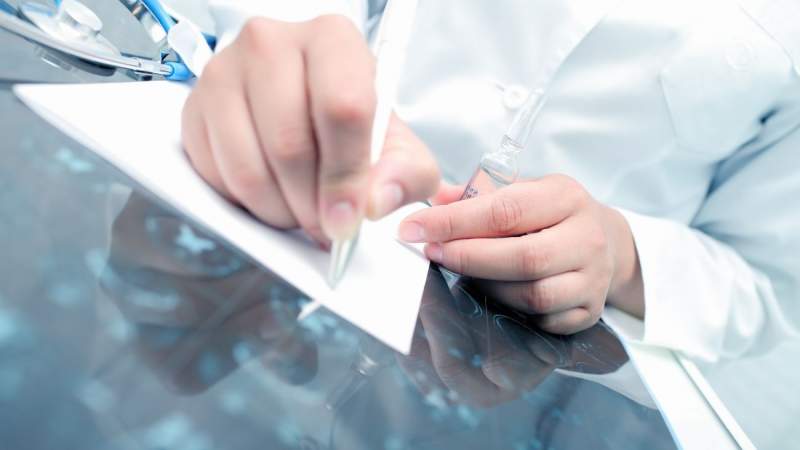