What You Need to Know about Diabetes Treatments

Diabetes is an extremely common medical condition in the United States. It has been estimated that over 30 million Americans suffer from this disease. Scroll below to find out more:

How is Diabetes Treated?

To understand how diabetes is typically treated, we must first learn how the disease operates and progresses. In most patients with type 2 diabetes, the body resists the effects of insulin. Insulin is an important hormone that regulates the way blood sugar enters the cells of the body. Without the blood sugar being able to enter the cells properly, it remains in the bloodstream and results in serious health complications over time.

In addition to treatment with insulin medications, physicians will usually suggest that diabetic patients implement lifestyle changes in order to better control the disease. For example, a doctor may advise a diabetic patient to eat a healthy and balanced diet, rich in vegetables, fruits, and whole grains. Regular exercise is also recommended for patients suffering from diabetes.

Medical treatments for diabetes include a variety of different types of prescription medications. The following medications are five commonly prescribed drugs used to control diabetes.

Insulin injections were previously reserved for treating later stages of the disease. However, they are normally prescribed early on in the course of treatment since they are very effective. Injected insulin includes such drug names as Apidra, Humalog, and Lantus.

Metformin, also known as Glucophage or Glumetza, is often the first drug prescribed to diabetes patients. Metformin works by making the body more sensitive to the effects of insulin and helping it use insulin in a more effective manner.

Sulfonylureas include such medications as DiaBeta and Glucotrol. This class of drugs works to help control diabetes symptoms by increasing the amount of insulin secreted by the body.

Meglitinides work similarly to sulfonylureas in that they help the body produce more insulin. They typically work much faster than sulfonylureas, but the effects within the body do not last as long. Examples of meglitinides include the prescription medications known as Starlix and Prandin.

Thiazolidinediones, such as Avandia and Actos, are a class of medications that help make the body more sensitive to the effects of insulin. However, thiazolidinediones can cause potentially serious side effects such as an increased risk of bone fractures and heart problems. For this reason, thiazolidinediones are not usually the first choice in terms of possible drug therapies for controlling diabetes.

Diabetic patients may be prescribed a combination of these medications to better control their symptoms and improve the quality of their life. Adjustments can continue to be made regarding drug combinations and proper dosages until relief of symptoms is achieved.

While there is limited research into the use of alternative therapies to control diabetes, some suggest that specific supplements can help patients with this condition. The following alternative suggestions warrant further research.

Plant foods contain a great deal of fiber which can help keep blood sugar levels in a proper balance. An increased consumption of whole grains and greens have proven helpful for those with type 2 diabetes.

A lack of magnesium has been shown to create abnormalities in insulin secretion. Therefore, it has been suggested that magnesium supplementation may prove effective at reducing the symptoms that patients experience from the disease. Increasing the consumption of naturally magnesium-rich foods in the diet can also help.

Much additional research is still needed to determine the effectiveness of alternative therapies for the management of diabetes.

Ozempic, which is designed to be injected on a weekly basis, seeks to control type 2 diabetes in adults. During clinical trials, it proved to be quite effective at maintaining blood glucose levels. This is especially great news for the patients who don’t respond well to oral formulas. Meanwhile, Fiasp is a fast-acting insulin injection that can be administered to type 1 and type 2 diabetics. Affordability is a chief benefit of these medications.

According to a study performed by the University of Copenhagen, one of the most promising future treatments involves the use of human stem cells. Researchers are attempting to develop insulin-producing cells that can be transplanted into diabetic patients. If successful, this new treatment will be a true game changer. It’ll attack the disease at its core.

There is also a new “wonder drug” on the horizon. It’s a simple pill that eliminates the need for diabetics to endure the pain of an injection. When taken on a regular basis, British researchers have found that this revolutionary medication can dramatically lower blood glucose levels in only three months. Weight loss is also dramatically enhanced by taking the pill. We could see it approved for the medical world as soon as next year. 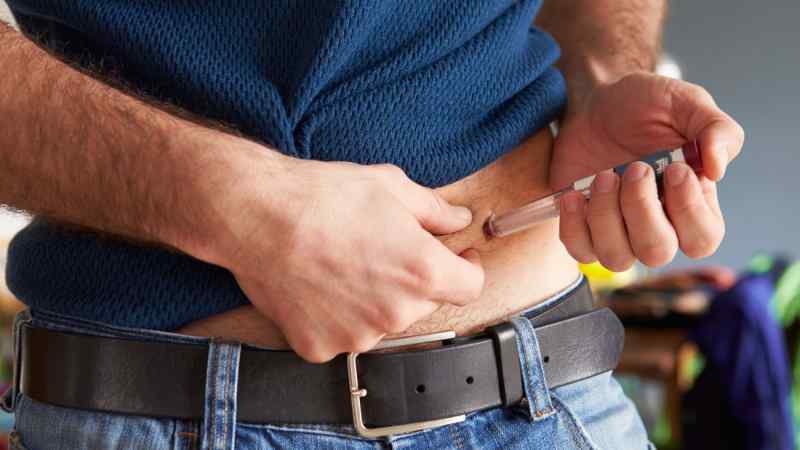